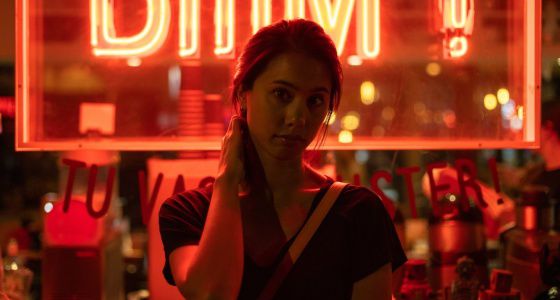 I don't know where exactly I should start from. I met him when I was in 8th standard through Facebook, in 2014. One fine day, a guy named Ammy (name's hidden) sent me a friend request and yes, cliched as it may sound, I accepted it without thinking too much. He seemed like a tall, decent looking guy. We didn't chat much initially. I was in a not-so-happy relationship and my boyfriend, and this guy was his tuition-mate back then. They both knew each other well. In Jan 2015, suddenly, my dad passed away.

He came to know about it, and he kind of consoled me virtually and it was after that, we began talking every day.

He had a good sense of humour. We would chat throughout the day. As days passed, I started falling for him. He kind of knew that I've started falling for him. He had feelings for me too. But he being him, he decided not to ruin my relationship and all of a sudden deactivated his Facebook account. We didn't talk for months. I missed him so much. I asked his best friend about his whereabouts but that didn't help. I texted him that I was leaving the city that march, I was going to settle in Kolkata and that I would never come back. He thought I was kidding and didn't pay much heed. It was June after I got settled in the new city, my then boyfriend and I faced difficulties and decided to part ways. During this while, Ammy found out that I've really left the city. One fine day, he texted me and once again, we started chatting. in 2016, he confessed his feelings and we were in a relationship. Everything went well till 2017. I changed my school which was quite far away and being in 11th standard, I had an ass-kicking schedule.

Being in a long distance relationship, I was unable to give him much time, but I never stopped loving him. But he got a replacement.

Somehow, the year had almost passed with lots of fights and arguments. I realized that he isn't the person I used to know, who used to love me and treat me the way he used to. He just started finding reasons for avoiding me, for not talking to me. I knew that he was going to leave soon. And he left. Every dream of mine, that I planned with him was shattered. I was an introvert and made no friends after I changed my school, so it was hard for me to bear the loss all alone. There was no one with whom I could share what I was going through. I am not a crybaby so I am just acting like everything's fine but deep inside, I'm broken. I don't see why guys simply walk in and out of someone's life as if they're a puppet? How the hell can people change so easily? I want to say this to my ex:

I mean, those promises and all those words you said yourself, doesn't matter to you anymore? There's a thing such as karma. You'd pay in some or the other way for your deeds. I wish I could tell you the one who you are with right now, is not the right girl for you. She has been in many random relationships and would eventually friend zone you. I wish you good luck ahead :)

Share this story because sometimes long distance is only kerosene to fuel an already lit fire.