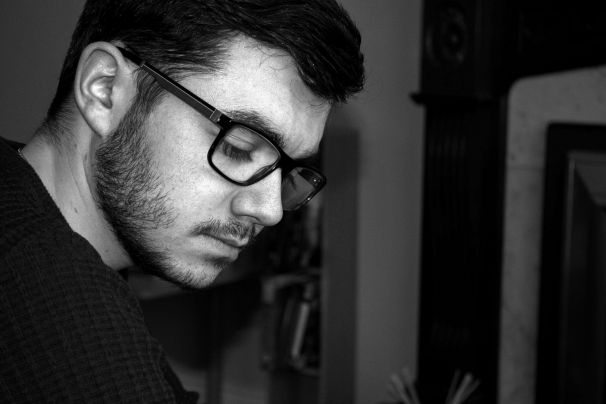 My parents put immense pressure on me and forced me to take up science after I finished my 10th standard. They literally said, “Science le nahi toh nikal jaa ghar se – tu hamara beta nahi hai.”

That was the first time I was conscious about how I was being pressurized to do things that I did not like.

I took up science. I struggled a lot and managed to clear my 12th standard board exams with average marks. Now I was determined to take up a professional course for my graduation instead of engineering because I was slightly worried about my future.

But I had to face the brunt of my parents’ anger every day because the people of my locality taunted my parents every now and then because I did not opt for engineering.

My parents tried to persuade me to take up engineering but finally gave up and allowed me to do a course of my choice.

I moved to Pune to pursue my graduation. Fate seemed to be waiting with several twists and turns for me. I did not know that I would have to bear this kind of an unbearable pain in my life.

I fell in love with my first girlfriend. But she was double dating me. My heart broke when I saw her having sex with another guy.

But I wanted to be understanding about it. So I calmly asked her to explain her side of the situation to me. I wanted to take a final decision only after thinking deeply about it.

My girlfriend promised me that she would never do such a thing to me again. But later on, she chose to be with the other guy. I was very calm about it even now and asked her why she was doing this to me.

She said, “Kya karu? Mann toh kar raha hai ki yahi chappal se usko maaru.” But ironically the other guy approached me when both of us were together and told me that he wanted her as his girlfriend.

Later, the other guy and my girlfriend teamed up with other goons and beat me up in front of the whole college 15 minutes before my semester exams.

Why did they do this to me? Because they wanted to have some fun! My career was at stake now because the college authorities were not allowing me to appear for the exams.

I requested them repeatedly and begged them to allow me to write the exams. I finally gave my semester exams in a critical condition and managed to save my career.

But I couldn’t take all this s*it any longer. So I changed my college in my second year. It was a new college and I was exposed to new incidents now. A different girl fell for me now. We had been friends for a year now when she proposed to me.

I hesitated for a long while but decided to give love another chance in my life. I entered into a new relationship with my second girlfriend.

I gave my all to this new relationship of mine. I dedicated all my love to her and made sure that my girlfriend was not deprived of any kind of happiness in this world. I did not know that fate had other plans for me.

My best friends screwed up my second relationship too – to such an extent that I ended up looking like a very foolish loser in front of her. My second girlfriend too left me without even bothering to verify what/who was right or wrong.

I took all the blame on my shoulders because I wanted to save her from all the drama that we were being dragged into. This too was happening at a crucial juncture of my life. My post-graduation admissions were going on at that time. I was working very hard all through the day and night to clear my entrance exams. I excelled in my exams and ended up with 97 percentile. I was still taking care of my second girlfriend at this time.

But nothing seemed to be of any use now. I was a truthful and dedicated person but my enemies won and I had lost everything once again.

I am now studying for my post graduation in an average college. I am doing my best to rebuild my life – all by myself. I have no friends and don’t talk to anyone anymore.

Here too my colleagues are treating me like their enemies. Why?

Because I am a hard working guy who prefers to focus on my work and yearns to excel in my life. I know I am intelligent and do all my work perfectly. I have completed one year of my post-graduation.

But these are the questions that haunt my mind every day- “Where did I go wrong? Is it wrong to be honest/true to ourselves in our lives? Is it wrong to be hardworking and sincere in life? Why did I have to suffer the consequences of someone else’s mistakes? Sometimes I feel that I am a ch***ya but I know that I cannot give up my habit of trying to find something good in everyone.

The people of my locality now think I am a mad, good for nothing, foolish, dumb and notorious guy because I have ended up messing up my life thoroughly. I feel very confused now. I don’t know what is wrong or right anymore.

Let’s share this story and learn to work our way out of our confusion. It requires a lot of courage to overcome the odds and do what we believe is right. Maybe people taunt/ridicule/condemn us when they know that we are much better than them in several ways. Let’s immerse ourselves in doing what we believe in so totally that no one/nothing else matters to us. Maybe when we prove our worth to ourselves others too will realize our worth.