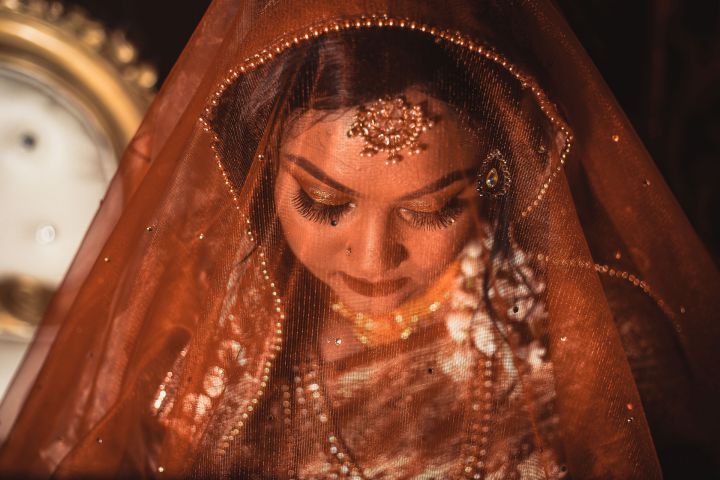 I am a very positive, happy and carefree girl who is also overweight. I received a marriage proposal from a pretty conservative family.

My parents never forced me to do something, never misjudged me and never treated me as a scapegoat, just because I was a girl. I was raised by a very supportive and traditional mother and my dad taught me to ride motorbikes, admitted me to Taekwondo class and never treated me like a daughter. I was totally me, the eldest daughter in the family with the responsibility of my two little sisters.

My life totally changed when I got married to a wrong man. I always had promised myself to accept the one who will accept me the way I was, fat!

My close relative brought a proposal of an ACCA student who lied to be a CA guy. He and his family lived in a rented house, and again lied about buying a house very soon. I was always a simple person, so got convinced that the guy who carried my heavy office bag today won't hesitate to carry the bag full of responsibilities towards my parents and my sisters. I was so happy to get him as a life partner while my father and my sisters didn't like this proposal. Later, they accepted as they were very happy to see me happy at having found a guy whom I would love and would live very happily ever after.

Time passed by, I got married to him in November 2016, and was really happy that my parents and sisters were happy too. They were able to hand over the biggest load of their fat daughter.

I was a very sanskari bahu, woke up at 4:00am every morning and completed all household chores before my office. There used to be no complaints at all. I slept with my husband whenever he wished and tried to fulfil his sexual desires as much as I could. I did everything to preserve my marriage.

Gradually, time passed by and I became a matter of hatred to my husband and his family. His mom treated me like a slave. She threw plastic bags of food stuff on the floor, she made the sink dirty and never threw any dirty or wastage in the dustbin. Slowly, I understood that while I had chosen to continue my studies, Masters in Philosophy, her son was just a bachelor degree holder. I cooked every food item and knew every chore in the house perfectly but my husband would still ask me to try to become a typical bahu, by nodding her head and asking things from his mother as if she knew no work.

I had to manage everything; my studies, my marriage, my husband and his family and the society that had tagged me as stubborn as I wouldn't match to or fitted into the aunty ji's circles. My mother in law stopped speaking to me and shouted in front of others that I was so stubborn as I belonged to a higher class and treated them like animals. Actually, she was the one who treated me like an animal and never treated me as a member of her family.

My fees were high and it was difficult for me to manage my further studies, so I decided to teach in a college in the morning, work in office in day time and go to my college during the evening. I was always a topper at college level but this was the only time when neither I could manage time for my studies nor my exams. I was always compared to my already married sister in law who is a civil servant. Once, my mother in law came to me and my husband and suddenly started to cry and said that it was very difficult for her to answer her neighbours about why her daughter in law is out from early morning to late evening. I was speechless to hear such shit, as my parents never stopped me in whatever I did. I was more shocked as I couldn't hear even a single word from my husband in my support. He was a mere statue then. He could have just replied to his mom that he would help her in the kitchen and let his wife live her dreams.

I could sense the jealous male ego that never supported me.

So, I left the teaching profession on my own and later, always being late to office compelled me to leave my job too. I was a woman's rights activist, but also was one of the biggest victim of patriarchy. I spent 7 months in the torture of my mother in law while preparing for a good job at the same time.

When I passed with top position in my written exams, my mother in law kept repeating to all that as her daughter was volunteer in the organisation where I applied, so she had to play some side games for my first position. Nobody saw my labour and my dedication of 7 months. Not even the man I was married to. He blamed me, and said that it was all due to my easy access to political leaders. I was shattered to hear that line, for life. I never received even a small amount of money for my daily needs.

I suddenly became a diabetic. What came into my mind for the first time after I became a diabetic was that I would never have developed it if I had not married a wrong guy. Even today, I am not told how much he earns, even if I have no desire to use his income. I only have little expectation that any newly married wife does from her husband, who has married her promising her parents that he would keep his wife happy life long.

More hatred started to shower on me. I was the one who was always blamed for not having a baby, without him even getting a check up. I was so shattered, that his mom never called me by my name or any other gestures. She only called her son and every time boasted about her daughter. She insulted me and my parents by spreading rumours in the neighbourhood. On the biggest celebration day, he slapped me early morning without any reason. I could have filed a case against him on zero tolerance or GBV but I couldn't, as my parents and my grandparents prestige was always my priority.

When I spoke everything in front of my mom and my sisters, they shared that it would be an act of insult if I shared to everyone. That day I felt like my mom was afraid that due to her elder daughter her two other daughters won't receive good proposals for marriage. I for the first time in life felt so alone.

Today, I have completed my M. Phil and work in a good company. These days my husband doesn't even talk to me properly. I have been living my life like every other woman who faces totally new experiences everyday. She is never loved, appreciated and acknowledged for who she really is. Her identity is always believed to be fluid, that changes on the basis of her relations.

Before marriage she is someone's daughter, after marriage someone's wife and after she gives birth, someone's mother. She really has no identity of her own.

Why are women looked down upon for the same things that men are applauded for? Why does their success become their enemy once they get married. Read these stories, and share them with your elders and help them realize what's wrong?