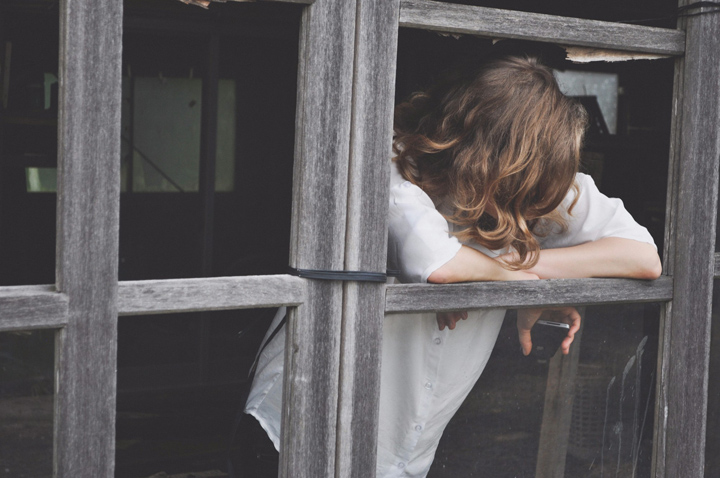 We spoke to each other for the first time over a conference call with a mutual friend. After that, we took each other's number from our friend to talk again. I called him first and our journey began from there.

We were very clear about our intentions from the beginning. We used to talk all night and exchange messages all day. He was from the same place as me but was pursuing his degree from another city. We got into a relationship without even meeting each other.

I finished my studies and got a job in another city; now he was 3 hours away from me. We had been in a relationship for a year and a half at that point. Finally we met. And all of a sudden he was a different person. He only wanted to have a physical relationship when we met and rest of the times he abused me for being too fat, talking to other guys and wearing weird clothes.

We used to meet on alternate weekends, either he used to come to my city or I used to go to his. This pattern of his continued. He would apologize afterwards every time and I would forgive him every single time.

Slowly our talks and messages turned to fights. He would still want to meet me and get physical. He would scold me if I missed his call, whereas even if he didn’t pick up my calls for two days, I was supposed to keep mum. I did not know a single friend of his apart from that mutual friend and he knew all my friends. He even started telling me what to eat and how to talk.

I decided to call it off. All this while I made a new friend at work. He used to listen to all my woes and tried to make me happy. He had feelings for me but never expressed it since he knew I was in a relationship. He never even told me to break my existing relationship.

He even cried profusely once when I told him to stay away from me, since I didn't want him to get hurt. He didn't go away and was by my side always.

I broke up with my long distance boyfriend. I never thought that I would fall in love again. Then this office friend of mine became close to me and proposed to me one day. I too liked him and hence accepted his proposal after thinking about it a lot.

He promised never to hurt me or leave me. I finally found happiness. But again, it was time for me to move to another state for my higher education and again I was going to be in long distance relationship.

I was afraid but my guy assured me that nothing will go wrong. As soon as I left, this guy started behaving strangely with me over the phone. I thought it was due to long distance but later found out that this guy was going around with another girl from the same office. He denied it at first but agreed later on that he was in a relationship with another girl.

It killed me to have found love and lost it again. So I learnt it the hard way that I shouldn't get into a long distance relationship ever again.