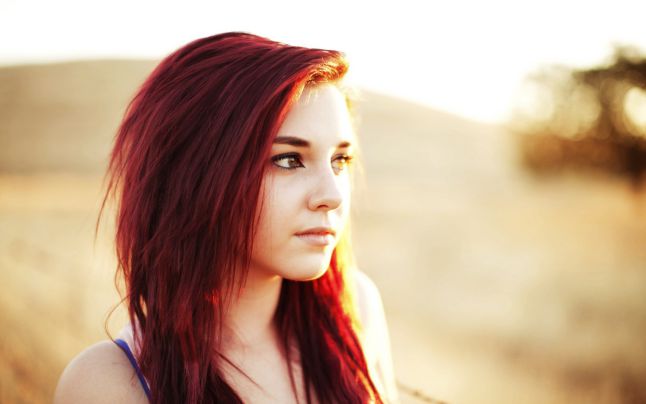 I don’t know if the decision I’ve taken about my life is right or wrong, but I know that I did what my heart asked me to do.

I was in a five-year relationship with a guy from a different religion and yes, these differences did bother me at times. I tried not to think about it and I thought I could overcome all of this. He was my high school sweetheart and I was in love with him.

When I began at a new university for my studies, distance separated us but we promised to stay loyal to each other, forever. I did.

But it didn’t last too long. I met a guy at university. He was mature and interesting and we clicked in a way that I couldn’t explain. I couldn’t deny the fact that there was some attraction towards him. It didn’t take him long to figure it out.

He realized that I liked him and he did everything to make me say it out loud.

One day, I couldn’t resist this urge, the attraction and admitted to this fact. I told him that I liked him and I gained all the courage I had to talk to my boyfriend and tell him everything.

He was broken, but he respected my decision. We parted on good terms; even though I know he was hurting.

My new boyfriend showered me with an abundance of love but there was a gap between us that slowly started appearing. He thought I was too immature. He found this irritating and didn’t take the time to explain these issues to me.

One day, he told me that I shouldn’t contact my ex, I knew this was normal because obviously, all boyfriends would want their girls to be only theirs. Also, promises mean something completely different to him, he was a genuine man of his words. With all of this happening, we lived together for over a month.

It was easy for me to stay with him, things were great in the beginning but later, when he wanted to pursue his further studies, he had to leave the country and we didn’t want to have the option of a long-distance relationship.

Suddenly, we began having petty fights and things began changing between us. He used to get frustrated when I spoke, for almost no reason and when I asked him why he was behaving like this with me, he told me that I was too immature to understand this.

Soon, I began getting equally frustrated with him treating me like a child.

One night, I was frustrated and I called my ex and poured my heart out to him. I knew this was a mistake. I know that I shouldn’t have called him. I knew that I loved my boyfriend and the one thing he had asked me to do was to stay away from my ex and I couldn’t even do that.

I thought I should hide this from my boyfriend, but I realized that I didn’t want to. I couldn’t be dishonest. So I called him and told him everything.

He told me that I broke his trust and didn’t even wait to hear my reasoning. All of this was falling on to his deaf ears.

And now, I don’t want to regret what has happened but just have the strength to look forward to a better and happier life. I know that it’s going to take me some time, to fall into a relationship at such a young age probably wasn’t a smart idea… but like I said, I have no regrets.

Share this story, because there's a lot about love that we can't explain, especially to ourselves.