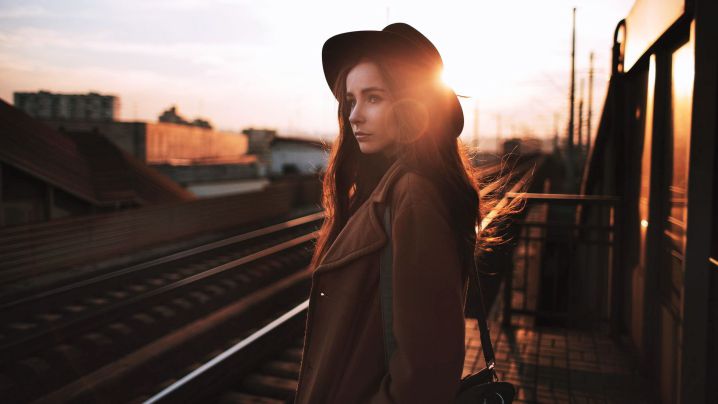 I learnt a lifelong lesson on my way back home from my computer classes. It was a sunny day. Usually, Kolkata gets a heavy downpour in the month of July. But that day, the sun stood high with no clouds in the sky. I was waiting at the railway station for a local train to arrive, which was late for more than an hour now.

Due to a goods carrier arriving on that track, the local trains were blocked. I found myself a place to sit that too under the naked sun. I was completely frustrated with my daily routine. I had to walk in order to get a public transport and then again walk to reach my destination. I almost walked half of the way. This made me tired. I was hungry feeling sleepy and sweating profusely.

Then I saw an elderly woman maybe in her 80s somehow carrying a basket on her head, heading towards the platform. She grabbed more of my attention because as soon as she stepped in, some of the vendors and shopkeeper walked to her and purchased a handful of her stuff. I thought that she might have really good stuff that's what made me walk towards her. I bought a packet of fried potatoes to satisfy my hunger for Rs 10. As I had my first bite, I realised that it's the most horrible thing I had eaten throughout my life.

I ended up saying, 'joghonno' meaning 'ridiculous' in Bengali and describing its taste in the most ridiculous manner, which I shouldn't have done. The lady seemed to be surprised by my behaviour. Then a vendor nearby called and calmed me down. He then went to the lady and said that she (addressing me) might have bad taste buds due to this heat and dry weather. This made no sense to me.

I mean how on earth someone could have bad taste buds due to the heat? Well, I asked him about it, when he returned. What he told me about the lady created a great impact on me and gave me a lifelong lesson. He said, 'The lady is selling those fries for nearly 50 years now. She used to make really delicious stuff with exact flavour concentration. But now her eyesight creates a problem. She can't cook well.' I then asked him, 'What makes her work at this age? Is there no one to look after her?'

He said that she has two sons and has lost her husband at an early age. She has raised them all by herself. She has never begged or cursed her life. But when she started facing problems due to her eyesight, her sons refused to look after her. Everyone in our locality asked her to stay at home and rest. We all even managed to look after her but she refused. She never wanted to be dependent on anybody. Now since she cannot make the same tasty fries, us vendors buy all her stuff so that she won't get hurt by anybody's words. She is a great inspiration to us. Her lifelong efforts made us love her so much.

He then added a pinch of rock salt and some spices to make my fried potatoes taste a bit better. The train arrived.

Throughout my journey, I was wondering, maybe that's why the train was late. So that I could learn a lesson. There is someone out there, whose condition is worse than yours. Everyday is not the same, neither everyone has the same life with the same situation. The most important thing is not to give up and try harder.