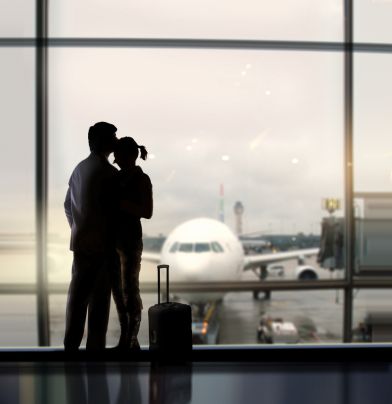 This is my happy story. I have been in a few relationships before, but this one changed my life. I was in a relationship with someone else before I met him, but things weren’t working out. I am the type of girl that likes being ambitious and having fun, among other things.

I tried breaking things off with my ex, but every time he would cry or say that he was going to kill himself, and after putting up with this behavior for almost 2 years, I got tired.

But I couldn’t leave him. This is when I met the love of my life (let’s call him S). We didn’t interact initially but when I saw him, I fell in love with him. We did not talk for months and I was still with my ex because of his behaviour. I did not want him to hurt himself. But a few months later, S and I spoke for the first time. It was friendly. During this time, I was completely tired of my ex’s behaviour and told him that it’s over. I left town for a few days and on New Year’s, S and I started chatting, we got to know everything about each other.

The more I knew about him, the more I fell in love with him.

We came to know that we had a lot of things in common and loved adventures. Then he also started having feelings for me. After just a few days of knowing each other, he asked me to be his girlfriend in the sweetest way ever. I said yes! Since then, we are inseparable. It’s been over 2 years that we are together.

Although it is a long-distance relationship, we both put in an effort to communicate and make it work. Obviously, we do fight. But we always work it out.

He has told his family about me and they treat me well like I’m their daughter. My family knows about us as well, except my dad. He still thinks of me as a little girl so it’s going to take some time to talk to him and convince him about us. We are still young and only get to meet maybe once a year. But I am thankful to be with someone so amazing, who accepts me for who I am and treats me with respect. I hope that we settle down in our careers soon and get married so that this distance can end, and we can live happily ever after.

Always treat your partner with love and respect. Without these, a relationship will never work. Also, give each other space to grow and breathe. Always stand by them whenever they feel low. Always be proud of their achievements and never make them feel alone, especially when you’re around. True love exists. It’s easy to get into a relationship but hard to maintain it, it needs effort from both sides

Share this story if you are in a long distance relationship.