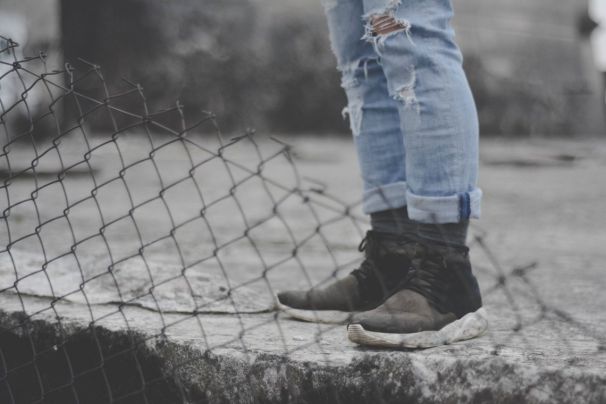 Read the first part here: His Schizophrenia Dominated Our Relationship And I Could Not Take It Anymore

Then he sent me flowers which were the only ones I received from him throughout our relationship. So I melted. Shortly after, I got my own cash car. Then the accusations started to gain, “why do you have your phone camera on your iPhone in your hand facing me always?” He would say, “I know who you’re working for” he would say. After getting intimate, he would follow me into the bathroom and say “what are you doing? Getting your rape kits?” I forgave him over and over again. I told him to go to the VA and get on depression meds if he needed to. But when he came back from the VA, I was in for something way more than I originally thought was wrong. He came back home and said, "I've got schizophrenia and will be on antipsychotic meds and mood stabilizers."

I now had a clear reason for every action of his, over the past year and half. All the blocking, the arguments, the paranoid behavior, started to make sense. The weird things he would do, like put the couch in front of the door and sleep with a gun, the uncalled-for yelling at me, the name-calling, accusations, it all made sense now.

I stayed because by this time he got me a promise ring which he later claimed to be an engagement ring. And he said that if I loved him, I wouldn't give up on him like he never gave up on me. So I stayed. I did love him and I didn't want to give up on him for the mental disorder he had. Then he blamed me for his sickness, and our fights became worse and worse. I was tired. I was tired of sharing the person I loved with the disease he had in his mind. I was tired of having to comply with his mind’s boundaries and limitations. I was not allowed to contact him on his work number because he was afraid someone would find out about us. I was tired and drained. If he loved me so much and even gave me a ring, then why are my bags in my car like I'm a homeless person? Why? Why must I live to comfort his worries? It was so draining. Then our fights became bad. I got off work one day, agitated with my day. I'm allowed to have a bad day, right? I didn't cuss at him. Although I had a sassy attitude and I was also sleep deprived. Even after this, he begged me to come ride with him to get food, “please baby” he said even though I was sick and so sleepy.

I decided to go for him and in the car, he only complained about my attitude and I couldn't take it so I literally turned up the radio to drown out his voice and he lost it. Next thing I know, he is yelling at the top of his voice about how disrespectful I am and how I am the worst girlfriend.

He abused me with a b-word and a c-word and wished death upon me with a car wreck. I came back home and lost it. I threw the remote at his expensive TV. I couldn't take the emotional abuse anymore. Then, he physically lost it and slammed my head into the wall. I then was a hostage for the entire night. Next morning, I left after we got physically violent and fought.

It ended with me being dragged out and asking for forgiveness, because I was feeling guilty that I couldn't fix the issue right away. We made love then and he told me that we needed a break.

I love him, but he blames my past (before I even met him) for being the reason behind the destruction of us. It's not valid. I changed and left everything behind to be with this man. And true love doesn't punish you and remind you every day of it. I haven't heard from him since. Of course, he blocked me. And to think of our time before the crazy fights, he had even convinced me to remove my IUD and begged me to start a family with him. Luckily for me, anti-psychotics make men almost sterile.

My point is: Ladies, love yourself first. Yes, everyone is not perfect but some diseases like schizophrenia are life-threatening. It sucks that it ended like this because I actually did love this man. Two years were almost wasted in my 20s. I left a man who was sane and ready to commit without any worries about my past, for someone I had good conversations with. Ladies, the grass isn't always greener on the other side. Be aware of yourself and know what you need, do not compromise your needs for chasing what you think you want. I will turn 26 soon and I hope it is not too late for me to start again.

Share this story because we need to raise more awareness about mental illness.