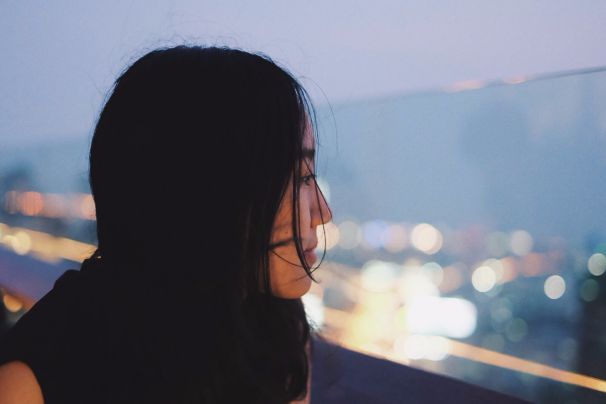 I am free and unattached for the first time in my life. Probably the best phase of my life as of yet. You know I have never really been single for most of my life. When I was a teen, I had a boyfriend, more of a buddy but he was my first official boyfriend.

Then I went on to having a few more until I met “HIM”. The love of my life; the one who still gets me in a tizzy whenever I hear his name.

Loved, cherished, enjoyed every emotion I shared with him. My best friend, my pillar of strength, the force behind my endeavours. He was for me as was I for him. We were best for each other, sex was great, our tuning was unexplainable and the vibes were to die for.

You have all you need but you still need that validation. In spite of sharing this amazing bond it was difficult for him to acknowledge me as a girlfriend and I didn't want anything more than to  truly and officially be his. Why don't you just agree to be a couple? Why is it so difficult? Why don't you see what others see? Am I not good enough? I love you and you know that right?

"I want you forever but I won't be able to commit." This happened along the mid years of knowing each other. I’m madly in love with him and he's still trying to figure out how he felt. This mostly became the topic of our conversations that sometimes was not pleasant. However, we trudged along.

Don't get me wrong, he was the perfect guy. Supportive, caring, loving and always ready to lend his shoulder. He was everything you could ask for. So was this my fault, was it something I lack in. Couldn't I just be content with what I had with him and not push for a validation or this was me who wanted what she deserved?

Clarity is what I seek and to bring that out I moved cities. I didn't really think I would and neither did he. Changes were in motion and things were happening. Initially with change came excitement of new things to discuss and talk about. Every minute phone calls, discussions before decisions, small getaways and visits, long distance was working until one day it didn't.

Phone calls became few and far between, decisions became news, absence was overcompensated by compliments and it all became very formal.

Phone calls reduced further and then conversations took over a week to happen and messages was how we connected and then one day they also stopped.

All communication, emotions, feelings, insecurities, love, all of it just stopped. Now, it is ten years later and we are acquaintances in different cities hoping and praying that the other is doing well.

Did my need for validation ruin the relationship of my love or did it give my life a new meaning? Whatever it is I was so much better yesterday.