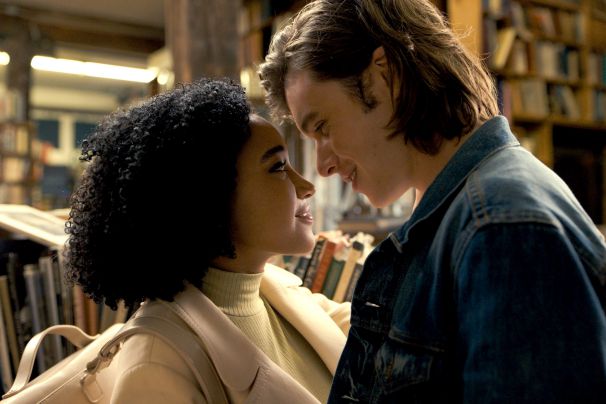 I've had a happy life with nothing to complain about. Understanding and loving parents, a cute obeying brother, a lot of good friends and a financially stable background.

My friends often call me a prodigy, since everything seems to be going my way, little do they know how messy and complicated I am.

When I was in class 9, I studied my heart out and after I entered class 10, it was the first time I topped in maths. Around that time, I met a guy in my tuition. He was intelligent and good looking. I had studied in a girls' school and I had never met boys.

I had started developing feelings towards every other guy. But he was different. I couldn't talk to him. I was shy. But more than that, I thought that maybe he won't respond the way I wanted.

It would be embarrassing to be rejected. Little did I know that my feelings wouldn't die down easily. Whenever he and I came early to the class I would take out a book and pretend as if I was studying. While he, supposedly looked at me for a few moments and then he would step out.

It's not like we never had any conversation, but they were short and valuable. I still remember asking him a question after gathering all my courage and how I didn't even look up at his face, when a fellow batchmate of mine started teasing him, saying he was blushing.

I smiled and left. After a year and a half when he had stopped being a part of my thoughts entirely, my mother asked me if I know this guy. That was probably when this strong feeling came up. It turned out that he and I were friends as kids who played around while our mothers chatted. Since then, our mothers have been in touch regularly, which made it even more difficult for me to forget him and move on.

Now I get to see him everyday going to the gym at 6. But since I've never had a conversation with him, I don't know why but I still find it awkward. I feel so moody and sad sometimes because I can't see him. It is rather embarrassing to admit that I always hide or look somewhere else while we cross paths.

As far as I've noticed, whenever he sees me leaving, if he can, he stands there to observe me until I leave. This is probably my over analysing nature and imagination. I still want to naively believe this.

It might be like a dream come true if he comes and takes a step towards me. Sadly he doesn't.

Moreover, the thought of receiving a confession is so scary that I don't want to have it. My parents and friends constantly tell me that boys at this age are irresponsible when it comes to relationships. I'm scared but the problem is I miss him.

I know with my class 12 percentage and caliber, I should remain focused so that my parents can feel proud of me. But I can't help but think about him day and night. I even wish that he gets in a relationship so that I can get rid of my feelings. But I still miss him a lot.