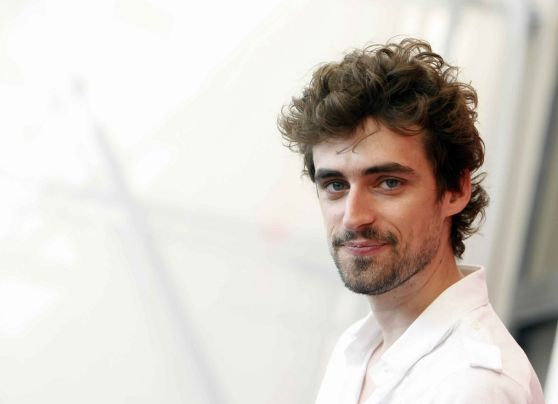 I had just completed my engineering and was looking out for a job. I was returning to Bangalore from my hometown. I was at the railway station when I got her first message on Facebook. She was my junior in college and we had been only Facebook friends so far. We just talked about the things that were happening in our lives that day. I was visiting my friends and relatives in Delhi before going to Bangalore.

I didn’t know what was so special about this girl but I knew I was getting attracted to her.

I was very worried about my future when I reached Bangalore. I wanted to get a good job so that I could progress in my career.

Though we talked normally like friends on Facebook I knew my feelings for her were becoming stronger by the day. One day I was a bit high on alcohol and I ended up expressing my feelings to her. But she said, "You are late. Someone else is already in my life. I wish you had come earlier."

It was a very diplomatic answer but I knew that she was not happy in her current relationship.

Both of us continued talking to each other even after this. We met a couple of times during this phase too. Finally, one night when I was talking to her she said, “I have fallen in love with you. I love you!”

We now started meeting almost every day and would always have our dinner together. We kissed for the first time in a dhaba that was on the Bangalore-Tumkur highway. I had finished with my college by now and my room-mates were vacating the room.

I too shifted to my brother’s flat. I wanted to focus on my career now. She was not happy because I was moving away from her.

But I was head over heels in love with her now so I didn’t care about what he thought.

Our life was going along quite smoothly but life cannot always be smooth sailing, can it? She had mentioned that she had already committed herself to another guy. He was now friends with her – maybe very close friends.

We had misunderstandings and started fighting about it.

I had landed a job in an MNC by now and so I had to shift to Mysore for my training. She would keep asking me to come and meet her in Bangalore but I refused to do so.

I was getting quite frustrated with my training. It was tough but I somehow managed to get through it.

I was posted in Chandigarh now. Before I left for Chandigarh I came to Bangalore and we stayed together for the first time after a long time. She was extremely angry with me but I managed to pacify her.

But I knew I was at fault too. I had not talked to her properly or met her while my training was going on.

I then shifted to Chandigarh and she too got a job in Delhi. We now met in  Delhi or Chandigarh quite frequently but unfortunately, I was transferred to Mysore again.

She was not at all happy about this because I was not able to spend any time with her now.

I reported for work in Mysore and started preparing for entrance exams that would help me get a government job. Things started worsening between us now.

She was not at all happy with me but I knew she loved me very much. I did not realize how deeply she loved me at that time. I ignored all her feelings for me because I badly wanted to get a government job.

Yet I always made it a point to visit her whenever I went to my hometown. Unfortunately, I could not get a bank job because I had failed in the final round of the bank entrance exams. I started working harder so that I could clear it the next year.

Things between us were a little more normal now because I was able to give her more of my time now. I promised to marry her after I got a government job.

But one day she sent me a picture of a guy and told me that her father had sent this photo to her and asked her to meet that guy. She had already done this before so I took it lightly and ignored it.

I trusted her a lot. She was just meeting him after all. And I had no problems with that.

When she went to meet him I sent her a text message and asked her where she was. She said that she was with that guy. I said, “Fine. Just call me after you reach your PG.”

I don’t know what happened to her but she changed completely after that. She started ignoring me. I apologized to her for being so busy with my life but she told me that she no longer loved me.

I cried a lot that day and felt like I was going through hell. I would skip office. I even visited a psychiatrist. I took sleeping pills and lost a lot of weight too. But it had no effect on her. I could not focus on my entrance exam preparations too for a long while.

I slowly started moving out of it though it was very difficult to do so at times. It took me almost 3 months to get over that phase.

But that was not the end of it all. She came back to me after some time. She apologized for all that she had done.

I don’t know how I melted but I ended up being with her again. The worst part of the whole thing was that I had discussed this girl with my mom. I had even asked for her permission to marry her.

Things between us were going along smoothly until she moved into her didi’s house. Somehow we just stopped talking to each other. Sometimes we would talk on Facebook. Soon it was time for me to go to my hometown during the Diwali vacation. It was her birthday on Diwali. I called her up on that day but she cut my call.

I then texted her on WhatsApp but was shocked to see some other guy responding. He told me that they were in a relationship with each other now.

That incident spoiled my holiday. It did not take me a long time to overcome the pain this time because I had already been through all of this once.

The only question that I wanted to ask her was: “Why did you do this to me again? How can I trust any other girl when the girl whom I loved so very deeply cheated on me like this?”

I am still puzzled about the whole thing. I don’t know why she did this. But it’s fine too. I don’t feel angry about what she did to me too. But I still want to talk to her once and ask her only this one question – Why?

Maybe when we love a person so much we unknowingly start expecting that person to love us with the same intensity. Maybe that’s why we feel hurt when they let us down. Let’s learn to introspect at such times. Have we lived up to their expectations? Did we too hurt them in some way? Do share this story because there are no well-defined answers to all the questions that haunt us. Let's accept this too as a part of love and life.