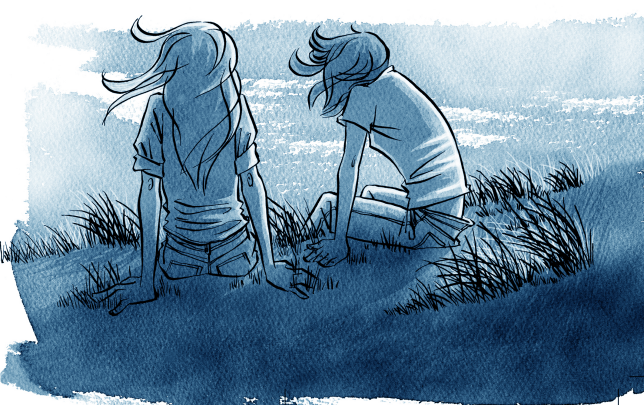 I met him when I was in the first year of my college. Let's call him Mr. A. One day I received his (Mr. A) friend request, I did not accept his it for about six months. After six months he messaged me that he was my classmate and he got to know my name from the attendance register. I accepted his request and our friendship started.

It was new year's eve of 2012, when he proposed to me for the first time but I rejected his proposal as I was still coping up from my breakup with my first boyfriend. But he was persistent with his intentions to win my heart and he again proposed to me on 14 February 2012, no it's not because it was Valentine's day, but because it was my birthday.

I rejected him once again, but we were still friends.

On 1st March 2012, I lost my dad in an accident and I felt like my world came to an end. My family shifted to a new place after that I had very little contact with him. In the same year November 18th he again proposed to me. That was the time when I also had developed feelings for him and I accepted it as I thought he was the one for me. With time we even told our family about us and both the families accepted our relationship in spite of him being a Maharashtrian and me, a Marwari. He was the best boyfriend one can have. He was caring, loving and all that I ever wanted. He was also an elder son to my mother and a big brother to my kid brother. He used to give me all the attention and time I wanted. Life was bliss and I was head over heels in love with him.

With time, he started to become more and more possessive. He would not let me talk to my male friends and would always doubt my intentions. He also started to spend lesser time with me and more time with his friends. He wasn’t working or anything at that time while I was working at an IT Company. Once I went with his friend to surprise him, all he gave me is a cold response and later blasted me because I went to meet him with one of his guy friends.

He was no more the loving boyfriend.

Cut to June 1st 2017, my old roommate and I planned to meet up. That was the time she revealed some shocking secrets about my boyfriend, she told me that he used to dirty chat with her. I could not believe my ears. Of course I had to confirm, I called him up and asked him and my world was shattered again when he instantly accepted all the allegations, but he was unapologetic about it. He even had the audacity to say that “maine sirf batein ki, kuch kiya toh nahi na” (I was just chatting, I haven’t done it for real).

He never trusted me, never gave me his time and his friends had always been his priority. I longed to spend some time with him on weekends. But he was always unavailable or came to meet with limited time.

When I said I wanted to break up with him because of his infidelity, he pursued me for few days only, and he gave up on me after a week. He was not even ready to listen to his mom when she asked him to talk it out with me.

I am heartbroken without him, because I loved him dearly. My friends never approved of him, they used to tell me not to trust him but I never listened to what they had to say, because I loved him like a mad person. I dreamt of becoming his bride and having a life of togetherness. My dreams stand shattered now.

He once told me, if we ever break up he would always remain like a family to my mother and brother. But now, I am still the family that I was to his mother and younger sister whereas he severed all his ties with my family.

I was ready to forgive him this time too, like I did a zillion times earlier, but sadly he did not even try. May be I was no more the girl that he loved. Maybe I am no more the one he ever wanted. But I still want him deep inside, I still long for his love. True love.

YOURS GEEKLY
LIFE IN THE TIMES OF CORONA
BAKKAR. CHAI. SUTTA
HOW'S THE JOSH
DIRTY PICTURE
LIFE IS TOUGH