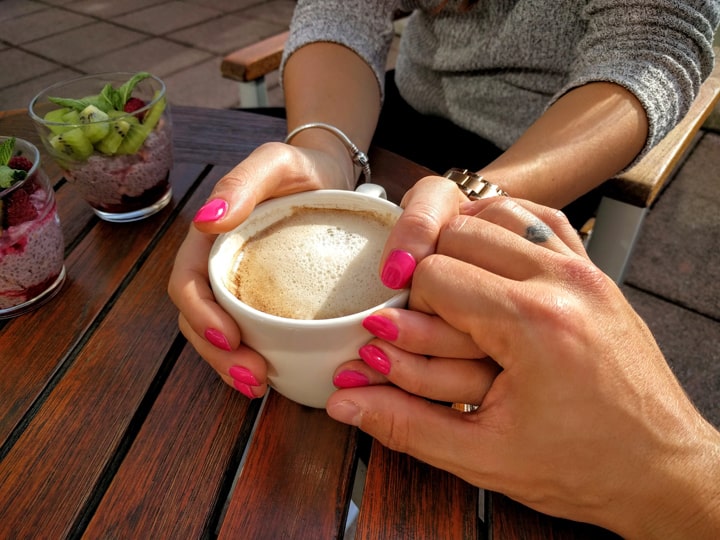 I fell in love with my cousin who is 7 years older to me. It was the month of March, my summer training was about to begin and I was really excited because I was going to live with her for the next 2 months. We were like best friends and enjoyed each other's company. We could sit for hours together, without even getting bored. She was amazing in each and every way. She used to cook for me and she took care of me like a mother.

I was single and so was she. We would hang out together and have loads of fun. During this whole course, I didn't realize I was falling for her.

I denied the thought when I realized it initially and tried to resist the temptation because she was my cousin and our age gap was huge. That's when everything got so complex. When my training got over, I went back to resume my college, but we would still talk almost every day for hours. One day, she suddenly asked me if I love her. I was surprised and I said yes. I am a shy guy and saying that to a girl was a big deal for me. I was happy and comfortable but also confused whether this was right or not. At that point, we both decided to go with the flow.

One fine day I proposed her for marriage, so she agreed to move in with me but on one condition, that she will not get physical with me.

She said she respects me a lot and getting physical with me was against her conscience. I got very angry and I yelled at her. This thing really screwed me up. I wanted to settle down with her and start a family but now everything looked impossible. Physical intimacy in a relationship is equally important as emotional intimacy. We had numerous fights and I tried very hard to convince her. Those fights with her made me emotionally unstable. She refused every time I asked, stating that she has moral values and this would make her guilty.

I grew so possessive and attached to her, that I could not imagine her with someone else.

But in life, we have to let some things go and some sacrifices are part and parcel of life. I decided to let her go as this union was not possible because our parents would never have agreed and society would never accept us. We stopped calling each other. She is moving on with someone else and I wonder I will manage to live without her. I still love her, and I crave for her presence every now and then. I wish we were not cousins and our age gap was not there. Our lives would have been perfect then.

Share this story without judgement because you can't help who you fall in love with.