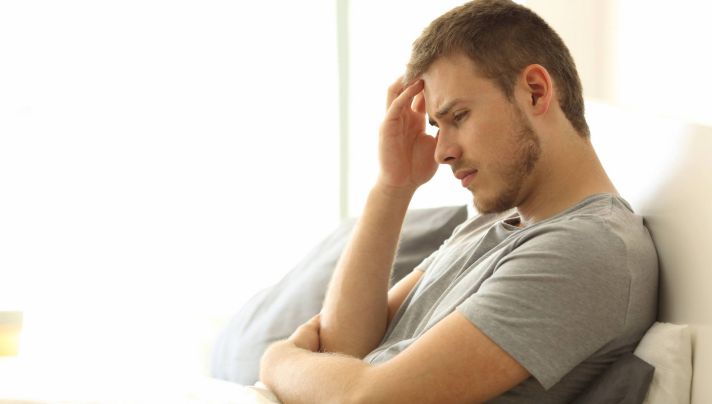 I was ready to start afresh; start from where I’d left my life a year ago.

That day, I was missing a very important person in my life, someone who helped me discover the real me. This is the story of how she changed my life.

I’d always been a goal-oriented person but was also emotional. From the very beginning, I had only one focus - to crack the government exams and make my parents happy. I was willing to let go of my foolish habits because I knew that I had to become serious or else I’d never crack the exams. Things were going as planned with regular studies and a well thought out strategy to crack the exams.

When I completed half of the syllabus, I decided to enroll in coaching classes to perfect all the subjects. My cousin and I looked around for coaching classes that were in our budget and finally found a suitable one. We were extremely excited on the first day of class, as it was another step towards the exam preparation.

During the break, I glanced around the classroom and noticed that it was a huge hall with approximately 120 or 130 people. The heat was unbearable as there was no air conditioner in the low-budget institute. I noticed a group of beautiful girls sitting in a corner and realized that one of the girls was checking me out. It was a good feeling.

I was a flirtatious person at heart though I’d never flirted with any girl nor stalked and bothered anyone.

I was unable to bear the temperature inside the classroom and stepped out on the balcony for fresh air. As I stood on the balcony, I had no idea that that moment would change my life. I was about to go back into the classroom when I saw a girl coming up the stairs. It took her around 10-12 seconds during which I got a good chance to look at her.

She was approximately 5 feet 5 inches tall with a fair complexion. She wore a bright yellow kurta with brown leggings. The sun highlighted the yellow of her kurta making her look charming. She appeared older than me by 2 or 3 years. When she passed by, I couldn’t help checking her out. She looked like a nerd with the glasses and the pile of books in her hand.

Both of us entered the class and went to our respective seats. The rest of the day was uneventful. That night, as I lay on my bed, several thoughts came to my mind. While most of them revolved around the preparation strategy for the exams and my future plans, some thoughts were about the girl I’d seen.

I could feel an intense connection with her.

The next day, I went to class alone, as my cousin could not make it. It was slightly weird as I am an introvert and don't make friends easily. I survived the day and as the last class got over, I saw the same girl. Her glasses made her look older but her face had an innocent charm. All the students were getting out of class but I kept standing there and staring at her. Suddenly, she bent down to pick up her notes that had slipped from her hands and I got a slight view of her cleavage.

My friends and I normally enjoyed these kinds of accidental pleasures (you can call it a guy thing).

For the first few seconds, I enjoyed the sight of her well-formed cleavage but almost immediately, I felt disgusted and turned my face away. Some moments later, I turned around and she was still in the same position.

This time, I genuinely wanted to tell her "please get up”, but I didn’t have the courage to say this to a girl who didn’t even know me.

I remained silent and turned around to leave. Just then, I saw a group of boys laughing and making lewd remarks about her. I don’t know why but I felt very protective towards her. I tried obstructing their view and they left blushing while she also managed to stuff her bag and leave the classroom.

I kept thinking why I’d felt so hurt for her but I was unable to understand.

My mind kept flashing that scene. She looked so innocent as she tried gathering her stuff unaware of all the eyes on her. These thoughts kept running through my head as I went back to my room. I was unable to focus on anything and repeatedly thought about her.

I felt a deep connection with her but I didn’t even know her name. I’d never felt this way for a person whom I barely knew.

The next day, I was waiting for her in class and became sad when she didn’t come. That night, I saw her in my dream and I was very happy when I woke up only to realize that it was all a dream. It was a Sunday and we had a holiday. Honestly, even if we had classes, I was in no mood to go because I thought she was gone.

I tried getting my life back to normal and went to class on Monday. I looked around the class but there was no sign of her. The class started and I was engrossed in solving a math problem when I felt a light breeze across my face leaving behind a familiar fragrance. I looked up to see where it came from and I saw her reaching for the chair next to me.

My loneliness disappeared and I felt a positive energy in the classroom. Just then, she leaned in her chair and gave me a bizarre look. I realized that I was still staring at her.

I will never forget that moment when we made eye contact for the first time. I had butterflies in my stomach.

It lasted only for a moment but gave me the pleasure that I’d never felt before. My joy knew no bounds because she was right in front of me. When the class got over, I stole glances at her. She looked pretty in a brown suit with orange leggings. Even the glasses looked good on her. She looked towards me at the same time that I looked at her and our eyes met again.

Embarrassed, both of us looked away. I was on cloud nine. When the classes were over, I waited for her to come out.

I tried my best to talk to her but couldn't muster the courage.

She left the classroom and I followed her downstairs. We kept stealing glances at each other. Everything around appeared beautiful. After a while, she walked in the other direction and I stood there looking at her until she disappeared. Blushing, I went back to my room.

I kept thinking about her cute expressions and how I was attracted to her simplicity.

People around me noticed the sudden change in me, as I was a different person that day. Days passed by and our little encounters continued. We also secretly competed against each other in the classroom. She was very intelligent and I was a fan of her smartness.

I often wondered how I was drawn to this girl who was not my type.

We had a good 2-3 year age gap between us but that was never a problem for me. I tried talking to her several times and so did she, but both of us failed.

Though we never exchanged a single word, we communicated through our eyes and established an unbreakable connection.

Things were going well and we were enjoying our secret connection. Suddenly one day, I was standing on the balcony thinking of her when I heard a familiar voice behind me. I turned back and saw her looking straight at me. She looked beautiful without her glasses and I felt that I could stare into her eyes all day.

She was so close to me that I was sure she could hear my rapid heartbeat.

I was extremely nervous and managed to say a feeble “Yes?” She tried to say something but stopped in the middle and took a deep breath. I was ecstatic that she had approached me. But what she said next shocked me. Sighing, she said, “We need to end this.”

The expression on my face told her that I had no idea what she was talking about. She said, “The thing happening between us needs to stop now. It will be best for both of us.” Saying this, she turned and left. I stood rooted to the spot trying to figure out what had happened.

Why had she spoken like this? I felt weird and insulted. Had I misunderstood her actions? Was I foolish to think that she was also interested in me but could not reveal it due to her shy nature?

But the fact was that she felt nothing for me and unknowingly, my feelings had bothered her.

I had dreamed of being with her without even knowing if she was interested in me. I felt ashamed of myself.

I felt like a roadside stalker chasing her and creating problems for her.

The person I loved the most was hurt by my actions. I was almost in tears but it was not the right place to cry. All my dreams were shattered and I felt depressed. I was sure that she had feelings for me but there must have been some reason behind her harsh decision.

I couldn’t apologize to her but said a heartfelt sorry in my head.

I went back to the classroom without looking at her, took my bag and left the class hiding my pain.

Share this story because love is a complicated emotion. We often misunderstand or get misunderstood by the people we love and that hurts the most. It's better to gather the courage and express your love before it's too late.