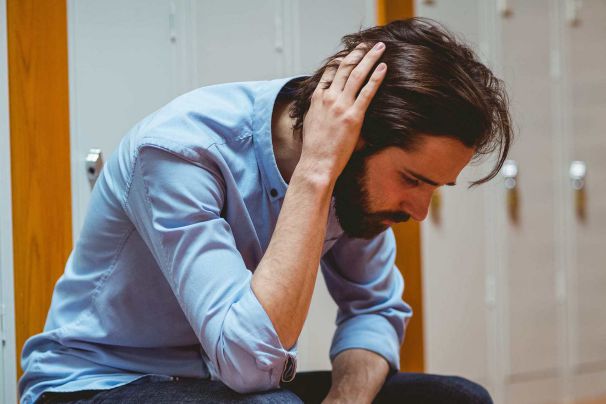 Sitting by the window in my apartment, I soaked in the panoramic view of nature.

My thoughts went back to Swati who was my neighbor in Gwalior. She was a beautiful girl whom I wanted to marry.

With a degree from a top college and a job in America, I thought I was well-qualified to get a positive response to my proposal.

I had a huge crush on her, which eventually turned into love. I had a simple theory about getting the girl of my dreams. You had to be as romantic and handsome as Shah Rukh Khan or you needed to excel in academics and have a decent job.

I fell in the latter category and believed that she couldn’t refuse such a lucrative proposal. I never realized that I was living in a different world until I met her. She had just completed school and was pursuing commerce. She dreamed of becoming an entrepreneur.

Being a typical chauvinist, I believed that women could dream about a rich husband, marital bliss and making babies only.

But marriage wasn’t the be-all and end-all of her life. Her only dream was to have her own business. While she continued to study in Gwalior, I went to a top engineering institute in another city.

We continued to stay in touch. She completed her graduation and moved to my city to pursue her Masters.

I was happy that I'd finally get a chance to take our friendship to the next level.

My sister’s wedding was also round the corner and Swati was going to be a part of it. It seemed like the perfect opportunity to confess my feelings to her. When she visited our house for the mehendi ceremony, I tried my best to impress her.

I started bragging about the enormous amount of money my father had spent on the wedding.

I told her about the expensive gifts that he had gifted the groom and his family to ensure that my sister had a comfortable life. She looked at me with a sarcastic smile.

She said, "Your sister is highly talented. She has studied fashion designing. Wouldn’t it have been better had your dad invested this amount in helping her set up her own boutique? God forbid something bad happens in the future, at least she will be independent."

I was furious! How could she talk negatively on such an auspicious day! I didn’t say much but I was upset.

Today, when I look back, I can see the maturity that she had and I lacked.

On my sister’s wedding night, I confessed my feelings to her. Sadly, she refused my proposal. She wanted to establish her business in Gwalior and didn’t want any emotional attachment until she was settled.

She also said that I was too immature for her!

I was angry and hurt. How could she say no to me! I told her that I’d bagged a job in America yet she wasn’t interested. Though I felt bad for a while, I was also sure that I would get someone better than her.

I moved to America and was living my dream life. As per Indian standards, I was an eligible bachelor. My dad wanted me to get married soon. I was also ready with a few conditions.

I wanted my wife to be a homemaker, which it made it difficult to find a suitable girl.

Somehow, he managed to find a prospective match and fixed our engagement. When I came to India for my engagement, I discovered that my sister was suffering from acute depression. Her husband thought that she was insane, so he left her at our house.

My dad was getting her treated by a good psychiatrist. But her in-laws wanted to file for divorce. I couldn't help but remember Swati's words.

To my surprise, Swati visited our house before my engagement. I was meeting her after three long years. My thoughts went back to the good old days we’d spent together. When she handed me her visiting card, I was amazed. She had done it.

She owned her own financial firm in Gwalior and was doing well for herself. She was also in a relationship and was to get married soon.

Despite seeing Swati’s achievements and my sister’s condition, my views about women didn’t change.

After I returned to America, my fiancé and I spoke daily. She had quit her job because her parents needed help in the marriage preparations. We didn’t have anything in common nor could we ever connect.

But I knew that I would never get the girl of my dreams so I succumbed to the reality and made an effort to like her.

One day, she asked me if she could work after marriage. I refused. I had my reasons. She didn’t know about the wolves that sat in the office lusting after pretty girls. She wasn’t aware of the s**t they spoke about every woman around them. Unfortunately, I was also one of them.

Like most smart men, I asked her to pursue her hobbies. She joined a gym, which seemed like a good option. With time, our conversations reduced, as she was always tired. We’d argue more and talk less.

It didn't worry me because I knew that once we were married, I would hold the command and she would surrender.

It is a patriarchal society after all.

So I was completely taken aback when she told me that she had fallen for a guy whom she met in her gym. She wanted to call off the wedding. My male ego was extremely hurt. How could she reject me!

To be honest, I was not unhappy though my self-respect was crushed.

Eventually, I agreed with her decision and closed the chapter once and for all. She fought with her parents and got hitched to that guy. Somewhere, I was happy for her and myself.

I guess I was finally mature enough to understand the real essence of life.

I haven’t dared to explore any other marriage proposal till date. My dad has also given up on me. Now I want to get married only when I meet someone whom I can relate to.

I am a changed man; I have learned to respect and value women. I don’t talk badly about them nor do I look down upon them.

My upbringing didn’t allow me to accept the reality of life but circumstances gave me a reality check.

Share this story because it's time that every man recognizes and respects the value of a woman.