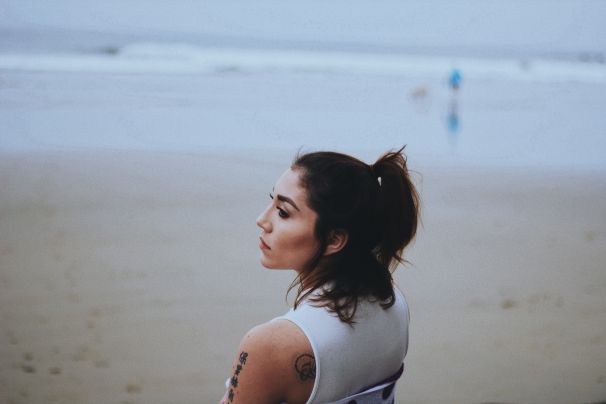 I met the one true love of my life when I was 21 years old. He was 31. I’m sure you’ve already guessed how this is going to end. But wait, there’s more.

At 21, I didn’t know what I was getting into. Nothing about my life was serious, to be honest. And that worked perfectly for a good-for-nothing 31-year-old. Because I didn’t ask, or expect things that a woman his age would. And he preferred it like that. So that’s how we began. I had a boyfriend who had the upper hand in our relationship, and so I wore what he wanted me to, went where he wanted me to and did everything that he wanted me to.

I lied to my friends and family, when I went to meet him. He took me to some questionable places, all so that we could be intimate. It wasn’t love at first sight, mind you- there was nothing more than a mild attraction between us. But like I said, I was 21 and clueless. And he, he knew what I was.

As years went by, I fell for him, day by day. At times, some situations between us seemed off, but I was in love with him, and this drove me away from listening to my gut. I ignored all the warning signs only because my heart beat for only for him.
I couldn’t imagine him as a bad person; I couldn’t imagine that he would ever hurt me. But he did.

I moved out of the country, to pursue my career. I thought it’d be only for a few years, and that when I’d be back, we would finally be together. At the time, he’d said yes. But that never happened. Instead, I got pregnant.

I was scared beyond my imagination; to be pregnant in another country, with no one but strangers around me. I called him, I tried to get in touch with him, but he didn’t believe me. He was indifferent to my news and told me I didn’t know what I was doing. I knew I had to deal with this on my own. I was desperate and tried to get his attention in every way possible. And that’s when I found out that he was having an affair, sorry affairs. And that’s when it all became crystal clear to me: I was never the only one, in his life. Everything started making so much sense. The lack of appreciation. The unnecessary fights. Everything. All of it was a lie.

I was traumatized; traumatized and terrified. And surrounded by strangers. Today, I’m a single mother.

I never had the guts to go back. I have a child, who is kind, honest and is nothing like his father. My family disowned me and I had no choice but to make new friends in this foreign world. But they’re my family now. They helped me finish my degree and with their support, I got exactly the kind of job that I had hoped for.

I’ve often wondered why it’s so hard for me to forget him; forget someone who never cared about me. I’ve spent countless nights wondering why it hurts me so much, to spend my time, sorry, waste my time, thinking about someone who couldn’t be bothered to put me first. Especially when I needed him to.

I find it difficult to think about the future, because I know it’s one that he won’t be in. It hurts to accept this. I see women around me, all madly in love with their partners. I see how they can afford to be vulnerable, because they have someone who will catch them when they fall. I see them with men who are there for them, forever and who would never hurt them intentionally.

Everything I thought I had, or thought I was- it was all with him, or because of him.

You wouldn’t recognize me now, if you had seen me with him. I was dependent upon him for everything. Like I said, I did everything that he asked me to, without hesitation.

I thought that this was what love had to feel like. But it wasn’t. And it isn’t. He never loved me and he never cared for me. I wasn’t even the only woman in his life. All of this has left a permanent wound in my life. But I survived, and I will survive.

Between giving up and fighting back, I chose the latter. Only because I had another life, an innocent one, depending upon me. I read somewhere, that you don’t know how strong you are, until being strong is the only option you have left. All I can say is that it’s true.

Share this story because forgetting your first love is extremely tough sometimes, and all you need that time is support.