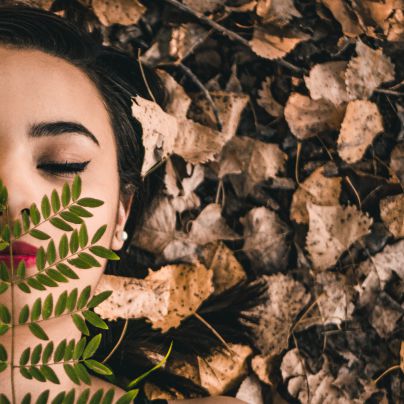 I was having a good time with my boyfriend before I came here. He was 4 years older to me. Both of us dreamt about our future together. But soon enough we started facing ‘maturity issues.’

I loved to travel, read novels and storybooks, play with babies and catch butterflies. I loved to do silly things like watch the clouds flitting through the sky. Maybe a girl like me doesn't have enough experience about life.

But I have always preferred to chase and enjoy my own kind of happiness.

I did not like to wander around holding someone’s hand in my hand. It just wasn’t my idea of a relationship. In fact, I have always believed in the concept of ‘true love', ‘forever' and ‘happy couple'. I wanted to be with a person who wanted to stay together with me. I wanted that person to understand me and love me. I wanted to create memories with him. And I did not think going out for romantic dates, candlelight dinners or parties was a necessary part of all this.

I don’t think it is necessary to buy expensive gifts or to get into a physical relationship to prove our love to each other.

Initially, he had been attracted by my friendly nature. But now suddenly, he started having issues with it. He started arguing with me and felt I was behaving immaturely because I refused to meet his sexual requirements. He felt he could easily get what he wanted from any other girl.

He didn’t want me to go out with any of my other friends. He wanted me to just go to college. He wanted me to stop using all social networking sites. He did not permit me to give my dance auditions too because he said he didn’t want me to dance in front of people. Soon, I had to quit using social networking sites. I stopped going out with my friends and yes – I stopped giving dance auditions too.

Despite giving up all this, he started picking fights with me for trivial reasons.

One fine day, he decided to call it off and leave me. I was deeply affected when he did this to me. I had always believed that he was my future better half. But he continued to bicker over such small issues and finally, this is what made him break up with me. I could not focus on my academics during this phase. I did not know how I would cope with the mess that he had created in my life.

Usually, I am able to adapt to any situation easily. But getting over him wasn’t easy. He had been a part of my life for such a long time now. We were always connected to each other. So it was tough to live without him now. 3 months later, I decided to plunge myself into my work. I wanted to get rid of all his memories. So I joined Rhythm Of Nation (RON).

It is an NGO which cultivates the spirit of service amongst youth. It conducts various activities and I loved being a part of it. One day, I had to conduct some activities for RON. I didn’t know how to go about doing this. I tried to do in several ways and then decided to talk to another person who was also a part of RON. We soon became good friends.

My ex was already in a relationship with someone else. But he wanted me back in his life now.

But I was determined to look ahead. I knew that I had become a stronger person after he left me.

Somehow, my ex came to know that I was getting closer to my new friend at RON. He started feeling very insecure now. We had broken up 10 months back but every time he called me or messaged me he started fighting with me. He would get annoyed whenever my new friend’s name came up in any conversation.

I just decided to ignore him.

Days passed. I began enjoying my new friend’s company immensely. I knew that I had never enjoyed myself like this with my ex.

My new friend is a very simple man like me. He follows his dreams and never cares about what others think about him. His first priority is his parents. Not his friends or other people.

I really respect him a lot because I know how difficult it is to follow your heart. I know it requires a lot of courage to ignore judgmental people.

My life seemed to be full of ups and downs now. In the middle of all this, my ex said he wanted to meet me. We had broken up quite a while back.

I now felt I had the strength to forgive him and let go of the past.

When we met, he began asking me about my new friend. He then asked me if I was developing any feelings for him. I was surprised by his question. But I did not think about it at all. I just said, “Yes. Of course!” I was shocked by what he did next. He hit me on my forehead with his car keys.  And it didn’t stop at that. When I returned home, my wound was bleeding heavily. Nine months have passed since all this happened. I still carry that mark under my right eyebrow.

But I am living my life my way now. And all this has been possible only because of my new friend at RON.

He supported me through all this. Every little gesture of his means a lot to me. When he smiles that genuine smile of his, I get energized.

He has been through all my mental, medical and academic struggles. He has always cared deeply about me. He isn’t the man of my dreams but he is the man I need to keep my dreams alive.

Sometimes, I wonder why this wonderful guy is building his home in my broken heart.

All a girl yearns for is some love and concern. But not many men realize this. Not all love stories have a good beginning. When we find love in our lives...nothing else will matter.

When we are very clear about what we are looking for in our lives, everything else falls into place automatically. It is painful indeed to ‘let go’ of any kind of relationship. But we get the strength to ‘move on’ in our lives when we know ourselves inside out. Let’s share this story and learn to make this kind of emotional and mental investment in ourselves first. One sour relationship should never blind us to the inherent goodness of other people.