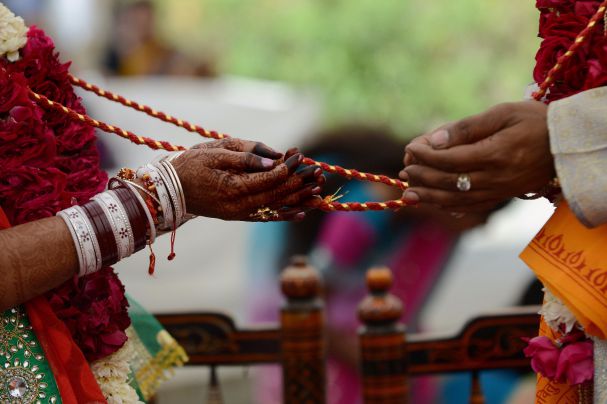 The first time we kissed was the most perfect one I had ever had. He wasted no time in telling me that he had fallen in love with me, but I didn’t want to rush things because I'd had a failed relationship earlier. For me, it was casual dating, while he was deeply in love.

I took my time in deciding my feelings for him, and hence took him for granted, while all he ever wanted was to be with me. Time went by, and I did fall for him, head over heels, but I never confessed my true emotions. I had built walls around me that I didn’t want to take down for any human being. The first time we had sex, I was pretty sure that this was the man for me, but again, I never told him that I had immersed myself in complete love and passion for him.

My life had become a fairy tale. This was the first time someone was putting in so much effort into me. He even took me to Pondicherry on a weekend getaway for my birthday. But the walls that I had built around me made me cold towards him. I didn’t want to show myself as being vulnerable and in love.

And one day, he asked me if he should get married. I didn’t want to influence his decisions. If he thought it was the right thing to do, he should go forward with it, I thought.

The day he got engaged was one of the worst days I have lived through. That night, I told him that I loved him too, but it was too late to be sorry. That night, we cried in each other’s arms, and I saw love in his eyes that I had never seen before.

From there on, we started spending a lot of time together, even though he was engaged. Something made me feel that he would break the engagement, that he wouldn’t go forward with this wedding. I still had hopes, but he had started hiding things from me. He would text his fiancé the things he would tell me, and we had a lot of fights, yet we were spending good time together.

Then came the wedding month. I kept begging him not to get married, but my own stupidity had landed me in such a state. He was not willing to break the marriage.

I had been through his phone by then, and came to know that he used to talk to his fiancé for hours, but he used to tell me that he wasn’t happy. I knew he was lying to me, but I was ready to ignore all his lies, because at that moment, all I knew was that I loved him and wanted to spend my life with him.

During the week of his wedding, he started acting very coldly towards me. It seemed as if he didn’t care that we were about to be separated forever. I cried and begged, but he still went ahead with the marriage.

December 25, 2016, the day he got married. The number 25 still gives me the chills. That day, I lost him to another woman forever. We didn’t meet for a week after that as he didn’t come to work, but when I finally saw him, I skipped a heartbeat because I knew I still loved him and moving on would be toughest thing I’ll have to do.

Twenty days after his marriage, we went out again, and stayed together for two days, but he had changed completely. He said he was not happy with his wife, but their messages indicated otherwise. I started peeking inside his private life because I wanted to know what was happening. Maybe I would get hurt, and that would take me out of the illusion that made me believe that he was still mine.

As of today, we still meet once in twenty days, but things have changed completely. I have no right to know what is happening in his life, he does not fear losing me, I don’t see the love I used to see in his eyes earlier. He wants a relationship where we just hook up once in twenty days and then both of us go live our separate lives.

He asks me to hang out with his wife without any mercy, as if the fact that he is already married isn’t enough to hurt me. He has given her all the rights of a wife, and lies to me that he hasn’t. He says he’s here because he doesn’t want to hurt me, but I want him to be with me for the sake of love.

I know he doesn’t need me anymore, but all I want is him.

Communication is key to any successful relationship. Talk about your feelings before it's too late.

Knowing that you've lost the love of your life even when you could have saved the relationship is one of the worst feelings one can go through. Share this story to send out the lesson.