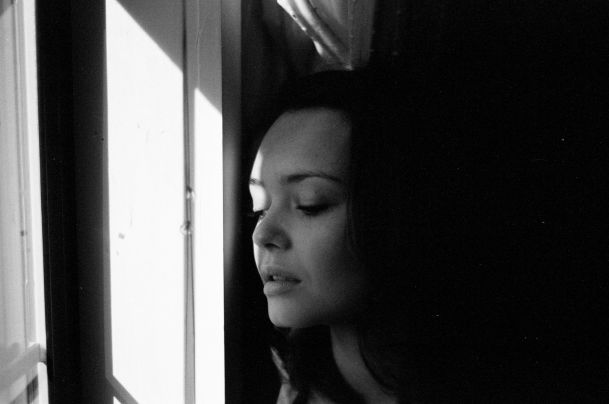 Time is never enough. This is the only lesson I learnt from 4 years of the most ideal relationship one could have.

Let me start from the beginning. I was in 12th standard when my mother and I came with my father to New Delhi from our native place, which was a small town. With a completely different culture rubbing in my face, I was losing my self-confidence day by day. Though this city welcomes you with open arms, my small town values and principles never let me adjust so early in the capital city.

I was trying to adjust myself with the fast moving life of Delhi, and just then, I saw this happy-go-lucky girl in my physics classes and don't know how and why but I actually fell in love with her at the very first sight.

I was never able to talk to her (thanks to my conservative nature and inferiority complex, which this city had given me in my early days). I used to be there in class and keep looking at her with dodged views. I never had this courage to go to her and even wish her good morning. Things kept moving, we were studying, my love was getting stronger, but I didn't dare speak with her.

"Where do you live," she asked one day. For a split-second my heartbeat stopped upon hearing her voice which was asking something about me. I gave her a reply and we had a small conversation. I was hoping that this might give us a chance to start a nice and strong friendship. But it didn't (again thanks to my hesitation, and no interest from her side, of course).

Finally we finished our 12th grade. Neither my feelings, nor my cowardice changed for the better. So, we parted ways.

I didn't know her address, didn't have her contact number, but all I knew was her name and that I love her. I was in college now and managed quite well in the city. I had new friends, was good in studies, was getting awards and rewards which was adding to my personality. But one thing that didn't change was my love for that mystery girl. I tried making myself understand that I am just pretending to be in love, this can't be love, this is just an attraction- but as everyone says, once you are in love, you need to leave all the logic and practical things aside.

I tried making relationships with other girls, so that I could move on and forget her but I couldn't. None of the relationships worked out for more than 3 months. I used to see her pictures on Facebook and downloaded one on my mobile just to see her. My friends used to make fun of this because this was something no one would ever do.

I tried every possible thing to see her or meet her. I knew her college, I knew the locality she lived in, I knew the bus she travelled in, but I thought it would be unethical to pursue her with my one-sided love like that.

I felt this way even after I had finished college. I was then doing my secretarial practices course and was at my last stage of becoming a professional. It had been almost 4 years since I had seen her last and nothing had ever made me forget her for a single moment. I had prayed for her happiness, I had prayed to get her in my life (I had done everything that a stupid small town guy could do, but could never get the courage to speak). Frankly, I had no hopes to ever meet her or talk to her again, but I couldn't let these feelings vanish and they were getting stronger day by day.

In the year 2013, during Diwali time I wished her on Facebook (and it was her birthday too). So the small talk began on Facebook. A bit of "What you do, what's up in life, how's family?" and more followed that day. Slowly and steadily, with the blessings of God, we used to talk often on Facebook. My exams were approaching in two months and I was not at all concerned. I only wanted to talk to her because I had got that comfort level with her.

One fine day I asked her about what she's doing, and fortunately she was doing her training at a place that was near my house. Within a few days, we decided to meet.

Grown up, bearded. long hair- I was looking so ugly when I was about to meet her but I didn't want to miss the chance and waste any time in getting ready. I went there in a sweatshirt and track pants. It was a market. In the crowd, a girl came wearing a sweater with cream and brown coloured stripes and trousers, doing something with a bag she was holding. I swear on her, I couldn't resist myself! When she came to me and said "Hi!", my small town shyness came from inside. I gave some stupid excuse about buying milk and went to the nearby shop.

I was breathing fast and making myself believe that it's indeed her in front of me. We walked and talked from the market till the main road. And it was all smiles on my face all the way back home.

Days passed, she told me about her family, her life, her interests and friends, and I also exchanged the same. During these days, I had shared with her my feelings and story, but without letting her know that it was her. I had decided in my head and heart to finally tell her on December 31st.

The day when I finally told her everything, she was stumped and had nothing to say to me. She told me to stay friends and said that she can't say anything about all this for now.

I thought I had lost her, and there wouldn't be anything left. I had shown my diary to her where I had penned down all my feelings. I had told her about her one birthday which I celebrated with my college mates. I had made a small video to show my feelings to her. But never did I formally propose to her as I knew what kind of girl she is. She wouldn't require any special heroic or romantic act from my side to impress her.

We were the ideal couple in everyone's eyes. We both had the best of the times (without any intimacy) that a couple can have. Our concerns, our respect for each other was something which was the base of this strong relationship. And like every beautiful love story has some bad loops, so did ours. And it was marriage.

In our past conversations, she had told me that she is two years older than me, which wasn't a matter of concern. I just knew that this love is special so I'll get things turned into our favour with her support and God's blessings. I was 23 and she was 25 when for the first time she told me that her family was looking for a guy for her marriage. I knew it wasn't morally correct on my part to talk to my parents for marriage at this age where I had just started my career and my elder sister wasn't yet married, but with all my love for her I got some courage from within and talked to my dad for her. As expected, it was an upfront 'NO'.

I was disheartened and sad for some days, but still I kept on persuading him almost every day (knowing that may be I am doing wrong). All this had only one trigger, which was my love for her. With the passing time, I managed to make the families meet and discuss our relationship but nothing conclusive was coming out of these discussions.

My parents had agreed for our marriage and so did her parents, but the only matter was time. We couldn't get married before my sister's marriage and her family couldn't wait for that. We tried to convince everyone to find out some midway but couldn't succeed.

Today I am being blamed that she gave me three years, denied her parents' choices all these years, but I couldn't manage the time so I don't deserve any more waiting. I know she is also hurt, I know she didn't ditch me, I don't hate her at all- but yes, I am disappointed that she gave up. I am sure her family won't think badly of her but I had given my life for this relationship. For everyone else this was a 3-4 year relationship, but for me it was eight years. I had prayed every moment of my life to make things happen. I tried to pace up my career so that I assure a strong footing once I go in front of her family to talk about her.

What our society demands, I managed that also, Kundali. I had got our match making from fine astrologers. We were so compatible for each other. We could have turned out to be the best ones. But there's surely some FAULT IN OUR STARS.