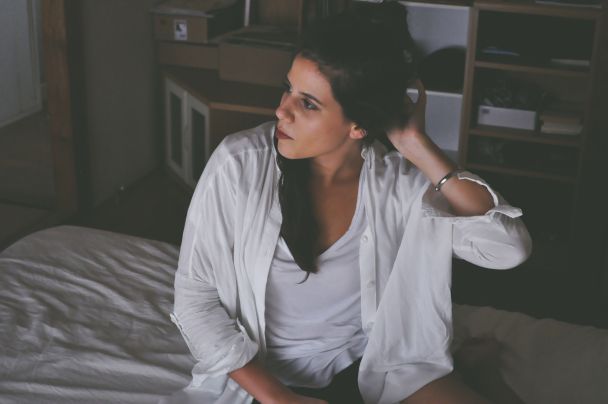 I am a 31-year-old doctor living outside the country for the last 3 years. I got married 3 years ago. It was a love marriage and I knew my husband for 3 years before we decided to get married. We both work at the same hospital. In the initial few months of our marriage, our sex life was good.

But after that, my husband was not happy with me at all, in bed. He started comparing me with his ex-girlfriends, but he always told me that he loved me and for him sex was not that important.

I had no clue what I was doing wrong and why I was not able to satisfy him. I tried talking to him and suggested that we could even go to a counsellor but he didn’t agree. He never confronted me or told me what he was missing. Just before our 1st wedding anniversary, I found out from my maid, that my husband was cheating on me. He would get girls to my house when I was not around. When I found out and asked him about it, he begged me not to leave him. I decided to forgive him and gave him another chance. But he still talks to girls, flirts with them and then deletes their messages. I started keeping an eye on his phone and started tracking him using a mobile app. He still talks to girls and then deletes their messages.

Last month, I caught him messaging the same girl that he cheated on me with, and he was asking her for a kiss.

I am 7 months pregnant now and he still hasn’t changed. Ours was an inter-caste marriage. I had to convince my parents to get married to him. Now I can’t tell them how much I have been suffering since I got married. My husband earns more than me as he is a senior doctor. I had a great job in India before marriage but since I had to move to another country post marriage, I took up the first job that I got with a meagre salary and hence I don’t earn that much. My husband criticizes me for everything I do. He doesn’t respect my work. He started insulting me in front of everyone at the clinic. He doesn’t appreciate anything that I do, and he complains to my in-laws every time when they call us that I don’t do anything at home. He recently started getting very friendly with a female doctor at the clinic and whenever she is on call, he spends hours at the Clinique, sometimes even the whole night. When I ask him, he says he had an emergency surgery.

I don’t know what to do. I am too scared to tell my parents about him and my dad is a heart patient. Sometimes I feel like killing myself but I have a baby inside me and I can’t hurt the baby.

I cry almost every day. I don’t have many friends in this country so I can’t share my problems with anyone here. I am so lonely here. I don’t know what to do.

Share this story because she needs to be heard.