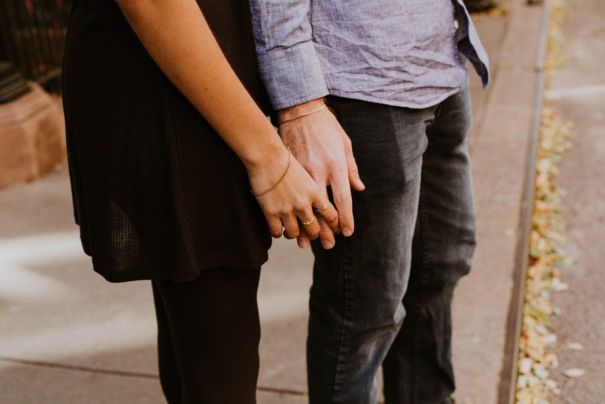 I fell in love with a man almost two years ago. I am still young, I guess. I am 25 years old and he is 31. He is a vet and served 8 years in the army. I knew that there were red flags in the beginning, but he kept blaming his behaviour on my behaviour. For instance, the fact that I had girls nights bothered him even when I barely knew him.

Three days of knowing him, and he background checked me and found a mug shot from my past - I had to get baby milk from the store for my new born 7 years ago, and didn't have the money. I was only 17.

Anyway, he judged me for it and said that he didn't want to be with a criminal. He forgave me after my begging for forgiveness. The fact that I didn't let him discipline my 7-year-old son a month into our relationship bothered him. He would use these excuses to treat me horribly and then block me. Sometimes, I wouldn’t do anything wrong and he would still block me.

I guess I like challenges so I kept letting him water the seed of thought in my head, that if I changed then he would love me eventually for changing for him.

Finally, when he missed Thanksgiving and Christmas because he was on yet another “I want to be left alone” rant, I knew I wanted to be done with this. I had also got out of a previous engagement with a man who had committed his life to already being good to me. I just was confused thinking that this man was the one for me because he was smarter and would talk to me about things I could relate to, like politics and worldly issues and struggles. As for the man I was engaged to, we had a long-distance relationship that was already coming to an end on its own. But because I thought that this vet loved me, I called off my engagement to be with him. Anyway, fast forward to spending Christmas alone. I decided to leave him out of fear that every year would be spent alone because of his excuses that I didn't seem to understand. Then he would reel me back in by showing up to the apartment I had at the time. He would say that he was in combat and that he lost soldiers around the holidays and felt guilty for celebrating.

Meanwhile I was falling behind rent and car notes because my ex had found out about the new love I had in my life and the financial help that I should have appreciated, dissipated and I was again a single mom struggling on her own.

The reason why I didn't tell him this was because he always said that he liked independent women. I was trying to be one for his sake for a while, and I chose to keep details of my previous engagement private. I didn't share anything right away with him out of fear that he wouldn't understand and would leave me. Well, my mom finally told him and he used it as another reason to leave me. I found out after a few months after we had missed celebrating Valentines’ day, that he was never in combat. He was never a combat man in the army. He had a geospatial engineering degree. Anyway, it was scary for me because he would seriously cry with extensive stories about these soldiers he went to "combat" with. I would feel bad for being mad at him for wanting to be alone and would come back every time. He would end up making excuses for the way he was treating me.

It was not always bad behavior on my part but in an instance it would blow him off, something simple I did like being out with a girlfriend too late or make it to his place an hour late and it was the end of the world, for him.

Mind you, I would be the one driving almost an hour away to see him, with my work schedule during the day and single parent duties. He works at night time as a driver changer for a telecom company. I forgave him for lying about his military career even though I didn't know where those tears came from. I ignored it. We got back together. Then, it went from us having good conversations together to losing respect completely. He would call me a bitch and claim that I was only using him. I never asked him for money, but he would want to go eat at expensive places and pay, by himself.

This one fight we had, and I remember him saying "I’ve calculated the money I've spent on taking you out to eat and it's almost ten thousand dollars and I want that back.” I forgave and let go again, as usual.

Then this one week I wrecked my car and I had to get rides to work with him for a couple weeks. He lived close to my job. Then I had the flu one day fever and he dropped me off at work. He was complaining that I need to get a car soon because he was tired of taking me. Once, after work, I was waiting and waiting and he never showed up. He ditched me. I finally said to myself, that this is it. I spent my remaining money on a cab, even though by this time I had lost my apartment and moved my things to my mom’s to save money.

He was convinced that I was going to move in with him because anyways we would marry each other.

Read the next part here: The Last Straw Was The Night He Held Me Hostage And Got Violent With Me

Share this story because we need to raise more awareness about mental illness.