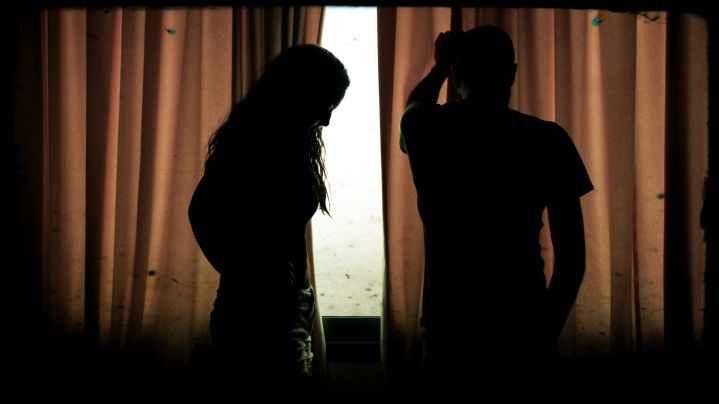 Hello everyone, this is my story - the story of an idiot lover boy. I am 26 years old, and I have dated many girls ever since I was 17 years old. But the last love affair I had, destroyed me totally. In 2012, I shifted to Goa for work after 3 years of being single. It was awesome, and I would enjoy indulging in healthy flirting with girls at my office. In 2015, one girl got recruited in my company, she was beautiful no doubt, and I liked her. Three months later, I came to know through a few of my friends that she was asking for details about me. I got curious about her and excited too. I started chasing her, staring at her in the canteen and we both knew that there is some connection between us. Soon we exchanged numbers and started to WhatsApp each other.

At first, it was like a normal conversation from my side but there were emotional texts from her side. I was not that serious. We met for coffee and spoke about our families and careers. I started liking her.

Then came the day when I approached her over the phone itself. Maybe it was a stupid or hasty attempt because she didn't accept my proposal. She asked me to meet her as she wanted to talk to me regarding this, and we met on a beautiful beach. I was super excited. Then she started crying, and when I asked what happened, she confessed that she is already in a relationship for the last 5 years. I was shocked, and I didn't know what to say to her or how to react.

She kept crying like a small baby, and I felt bad so I hugged her and kissed her. It was an amazing moment.

I asked her to calm down. I told her that we could talk about it later that evening, as that moment was very special, and I did not want to ruin it. I still remember that date, it was 12th September 2015. That same evening, I got a call from her. She said that she wanted to break up with her boyfriend because their relationship has been nothing but an emotional torture for her. She wanted me to give her some time and I agreed with her, but just like that, I don't know when we started hitting off. Long telephonic conversations, text messages, and kisses were exchanged.

She asked me to inform my family about our relationship because it was a big deal as she is a Christian and I belong to Hindu Maratha caste.

It was all messy when I informed at home. But slowly everything was normal. But he was still there in her life, and whenever I asked her when she will tell him about us, she asked me to give her some time because their relationship lasted for 5 years. She cared for me and her love towards me was the kind of unexpected love which I had never experienced before. Her love changed me entirely. The Casanova image I had, the fun-loving guy with an awesome sense of humour was no more and it was a new person that I had become: caring and trying his best to become an amazing boyfriend.

I used to travel 130 km daily just to spend time with her. It had been 12 months of our relationship and he was still there.

Her father was ill, and that was another reason why she couldn't talk about us at her home. I agreed that she should hold on. It was May-June 2016 and her father's health had gone even more downhill. I was always there for her, working in the office at daytime and at night spending time at the hospital. This continued for almost 20 days and then her father passed away.

I still remember how he took his last breath while I was holding him in my hand, and on the other hand, her ex was partying with his friends. Their so-called son-in-law was busy with friends and I was in the hospital with them.

It has been a month now since her father passed away. I asked her to at least now inform her ex and her family about us, but she said that she can't as she still loves him. I was taken back, she asked me to give her some more time because now she wants to be free. She wanted me to be her friend and I agreed with her, but the boyfriend inside me was as alive as ever. I continued to support her, guide her and asked her to dream big. I advised her to do her MBA which she agreed with.

Whatever savings I had, I invested in her admission at a reputed college. I kept consoling myself by thinking that I am investing in my future and that I should not worry.

Meanwhile, I was also scared because he was still there in her life, “the other guy”, but she claimed that they are just friends now. My gut feeling always doubted that there was something wrong. I started spying on her, which was indeed bad on my part. I started checking her phone, and we started having fights, terrible fights and arguments. One day, I was secretly checking her mobile and I came across a telephonic conversation recording between them and my anger crossed all limits. I never trusted her again after that. We had lots of fights and finally, she said that she will never leave him. I was broken, I cried and begged her to stay in my life but she didn't.

I reminded her how we were back then, when she was going through a tough time, but she blamed me by saying that I did all those favors for her so that I could dominate her, and that I tried creating differences between her and her boyfriend.

We stopped talking but in between, I would call her and text her out of depression, or after consuming alcohol but she would not respond. Today, it's been 7 months and I have recovered from that depression but still can't forget her. I see her every day as we still work together in the same organization.

We don't talk anymore and it's heartbreaking because all I am left with is memories, and a deep scar in my heart. I still stalk her on Instagram and WhatsApp some times.

I know that there is nothing more left, and I should not be going back in the past, anymore. I am thankful to God that I am blessed with an amazing family and friends like family, because of them I have recovered from my heartbreak or else there would have been no coming back from hell, for me. If ever you read this, Nikita, I want you to understand the pain which I have gone through, but wherever you are, I only wish you all the very best in life.

Share this story because too many of us confuse rebound relationships with love without realizing the impact of it.