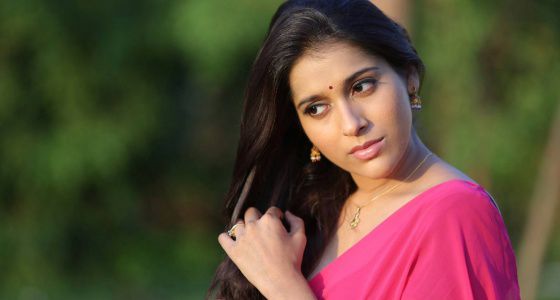 People say girls are unpredictable but I think boys are more unpredictable than girls. My boyfriend and I entered into a relationship in 2010 when we were doing our second year of engineering. We quickly realized that we got along well. A few months earlier, we both were in a relationship with other people. In my case, it was a long distance relationship, and in his case his ex-girlfriend wanted to marry him but he didn’t want to do so.

He proposed to me and I said, “Yes!” because there was no reason to say “No.” He was cute and caring. We were immature and at that time we thought it was cute to bunk classes together, hang out together, give each other gifts, without thinking too much about our future. I was brought up in south India, so I didn’t know too much about the caste system.

He is a Brahmin, and I belong to a lower caste. He has a fair complexion with average looks. I do not have a fair complexion like him, but I am good looking. But he never thought too much about it so I did not realize that such things mattered to him.

His younger brother and I had a few fights with each other but I realized that I should behave in a mature manner as he was younger than me. Vivas, exams, love, friendship and fights were all a part of our lives till we completed our graduation. Soon after this, almost my entire batch of classmates and I went to Delhi. We wanted to prepare for the entrance exams so that we could get Government jobs.

By this time, we had become physically close but I never allowed him too much. After one year, he told me that he wanted to pursue his higher studies abroad. My first thought was about how our relationship would work out. I was preparing for Government jobs and he wanted to settle down abroad. Still, I supported him. One day, he called me for evening snacks along with one of his friends. I went there. I never checked his cell phone because I was not a possessive girl.

But suddenly that day, I just picked up his cell and went through his texts. I found a girl’s text in it but before I could read it, he deleted the whole conversation. Somehow he managed to convince me that the girl was texting him. He then blocked her. I loved him, so I had to agree and thought of giving him another chance.

But after that, I don’t know what came over me. I became desperate and stupid. I started behaving like a bad person. Maybe he made me behave like this. Instead of paying attention to my studies, I wanted to be with him, talk to him and expected attention from him. But he didn’t do anything for me except for giving me gifts occasionally and hanging out with me sometimes, whenever he wanted to do so.

Time passed and he used to hide the chats that he had with other girls. I was not on Facebook, so I asked him for his ID to get some exam related stuff. I clicked on his friend requests my mistake and I saw that he had sent requests to a lot of Brahmin girls. He said he had done this a couple of years ago but now he was a different person. I was stupid to believe him.

I never understood why he did that. I was so open to him about his friendship with girls. He had never taken alcohol till then. I used to ask him to try it and finally he shared a little of it with me.

I was happy now because his brother knew about us. He told us that he would support us when we decided to get married. In 2016, he went to Germany. Before going there he was very good to me. I convinced myself that I was behaving like this and questioning him about everything only because of the exam pressure. I hoped everything would be alright between us even though it was now a long distance relationship. We used to chat on WhatsApp and texted each other. We video called each other and everything seemed to be going on well.

He came to India after one semester. We met and it was so good. We made out and I didn’t stop him. It felt right to me at that time. He came again in March 2017. His family put forth a marriage proposal to him. He refused and told them about me. They refused saying, “Kisi se bhi kara lenge par usse nahi!” When he told me about it, I was completely heartbroken.

At that time, he convinced me that he would talk to his parents. I said, “Okay” because at that time I didn’t have any other option excepting waiting for him. He lost hope one day and asked me to break up with him. I consoled him thinking that it was my duty to support him at such times.

We used to do phone sex, but due to differences in time zones and differing schedules, sometimes this was not possible. In the past few days, he has stopped saying, “I love you!”and has started ignoring my texts. I felt terrible. I started saying “No” to phone sex.  Just a few days back, he again asked me to break up with him.

I did not say anything. I didn’t know what to say. Now I am struggling to get him out of my thoughts. I will never look back on this relationship. I have decided that now. I have a Government job in my hands. It will be hard for me to move on but it will not be impossible for me to do so.

This young girl is doing an admirable job of facing the ugly reality. Let’s share this story by supporting her wholeheartedly.