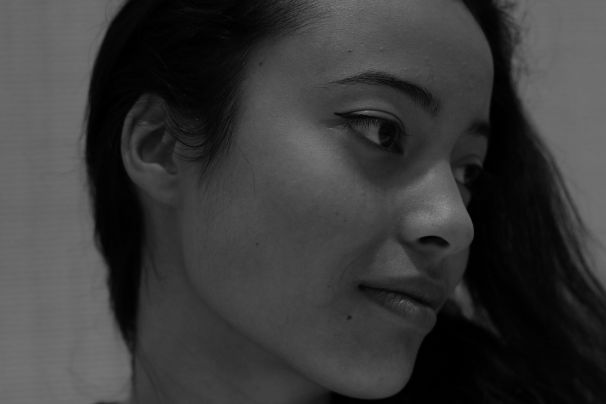 I am the eldest of four siblings. I belong to a lower-middle-class family. I am a small town girl but I live in a metropolitan city now.

Most important of all is the fact that I am a dark complexioned girl.

When I was young, my schoolmates and friends bullied me every now and then because I had a dark complexion. My mother was fair and pretty so she would always compare me with her sister's daughters who were fair.

Being the eldest sibling, I would always get blamed whenever my siblings did anything wrong.

All these experiences affected me deeply and I became an introvert. After I finished my 12th standard, my mother parted ways with my father because she loved someone else.

She went away with that person leaving us all behind. I was devastated when this happened.

My father is a very good and humble man. And this incident affected all of us. I had to give up all my dreams because I had to take care of my family now. My father was shattered when this happened and blamed me for this situation (as usual). He thought that because I was the eldest daughter, I should have informed him about whatever was going on behind his back.

He even said that I was the reason why his family was broken now.

I was heartbroken to hear all this. Despite all that I was going through, I started working around the house to keep the family together. My siblings continued their education and my father slowly regained his balance. I too had started going to college now.

I met a guy called ‘S’ there. He started following me everywhere and finally one day he proposed to me.

After experiencing all this at home, all I craved for was some love. I accepted his proposal and we became friends.

We did not have mobile phones or internet in our small town. So we did not have any means of communication. We would just see each other while going to college or while coming back. But I was on cloud nine. After completing my graduation, I decided to go to Pune to prepare for my civil service exams. Things were falling into place in our home because both my younger sisters had gone to different cities for their higher education. My father had settled down in his business. My younger brother was going to school and my grandma was there to take care of him.

I came to this new city all alone. I hoped my boyfriend would help me because he had been here for almost six months now.

But I was shattered to see that he had totally changed as a person now.

I had never imagined that he would be like this. I didn’t know him too well because we never talked much. But he said he actually did not like me. He was more interested in getting into a physical relationship with me. When I came to know of his intentions, I confronted him.

He said he had assumed I would be okay with getting into a physical relationship with anyone because I was the daughter of such a lady. He also mentioned that no one would want to enter into a relationship with a dark complexioned girl who had my kind of a background.

I could not understand these reasons because I had not yet been exposed to the outside world. I was heartbroken to hear all this. I was all alone in a new city with no friends now. I could not go back home because I had managed to come here after facing so many struggles.

I decided to fight and pursue my dreams. I had never been interested in writing the civil service examinations so I opted to do my masters in communication studies. I got admission in a very good college. I studied really hard because I had to survive here. I was a small town girl with a Marathi background who was now living in a completely different world.

It was then that I came across a guy through social media. He was my old schoolmate and we had studied together in the 8th standard. He had grown up to become a tall, handsome, fair and charming young man and had beautiful eyes. He was an ideal dream boy for a girl like me. When he approached me and we started talking with each other, I was thrilled.

I cannot explain how I felt but I knew that I had fallen for him. We had a lot in common. Slowly, after a few casual outings, he proposed his love for me.

I was happy but I was nervous too because of the bad experience that I had faced earlier. I took my time to consider his proposal and said, “Yes” after a month.

We have been in a relationship for the past five years. He is the best thing that has happened to me in my whole life.

He takes care of me, loves my dark complexion, adores my lifestyle and respects my family members.

But he belongs to an upper caste. My father is completely against the idea of getting me married to a guy from a different caste. He feels it will affect the future of my younger sisters. His family is against us because of some of the obvious reasons that I have mentioned earlier. They think he deserves to marry a very good girl who has a very good family background. He has settled down in his government job and is ready to marry me.

We want to live together forever but both of us cannot go against our parents.

Please give me your suggestions and tell me what I should do. Should I listen to my father? Should I leave him and get married to someone else? This could be the end of my happiness.

Beauty is only skin deep. True beauty is always inner beauty. And inner beauty is always defined by a person’s character. As long as there is complete understanding between the parents and children – love will always shine through. Let’s share this story and hope that this young couple is able to remove all the fears and doubts from their parents’ hearts and minds.