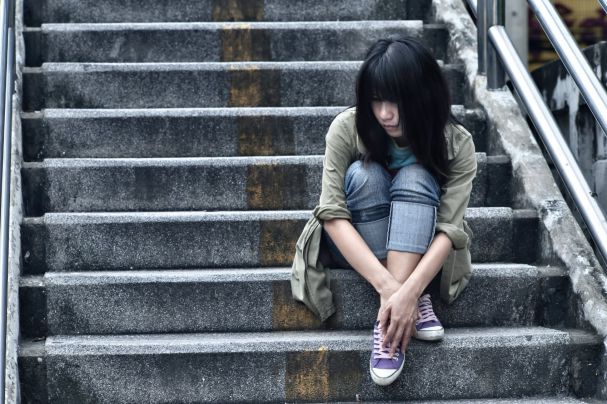 I am a girl who belongs to a Christian family. Except my father, everyone else is religious. I became an atheist long time ago and why it happened is the most disgusting experience of my life. When things in my life turned upside down, I lost faith in everything. I lost faith in God, hope, future, people, everyone.

I am 21 years old now and the experience I had when I was just 12 scarred me for life.

I come from a very big family. My Dada (father) grew up with seven brothers and three sisters. My parents were abroad when I was 12 years old and my sister was 8 so they left us with my aunt. She had two daughters who were twins. My other cousin visited us occasionally. He was about 18 years old at that time.

It all started when he was so willing to pick me up and my sister from school everyday. He used to come in a two-wheeler. My sister sat in front of him and I used to sit on the backseat. While on our way back home, he'd all of a sudden tell me to hold him tight. Then he'd always kept itching his back.

It was much later that I realised he wasn't rubbing his back, he was pressing my breasts.

Then slowly, the touches started going here and there. He started feeling my thighs. I felt confused and bad at the same time. I didn't know what to do or say. I tried talking to my aunt who I lived with.

She said, "Don't say things like that about him. He is a very good brother. He was born on the day of pentecost. Don't say lies."

I understood one thing that day that no one in the family will ever believe me because he was a role model for everyone. On the outside and in front of everybody, yes, he was a decent man. But little did they know what he did to me emotionally and physically when nobody was looking. I didn't know I was molested. It took a lot of time to realise things and I gauged some courage over the years.

I finally told my Dada about it. What's shocking is even he refused to believe me. It felt so lonely that day and it led me to my depression. Even as I write this, I am convincing myself that one day, my parents will understand what he did to me. Every night I cry myself to sleep.

It's been 9 years since the last time my 'holy brother' touched me badly and I am still not over it.

At this point I actually wish I had amnesia so I could forget everything at once. I hope my Dada believes me some day. No one tells people these kinds of things just for fun.

No one understands that when a child talks about the way a person touched him/her, it comes after a lot of days of building courage.

Child abuse should stop. People, please pray that my Dada will understand me one day.

Share this story because every child deserves to be heard.