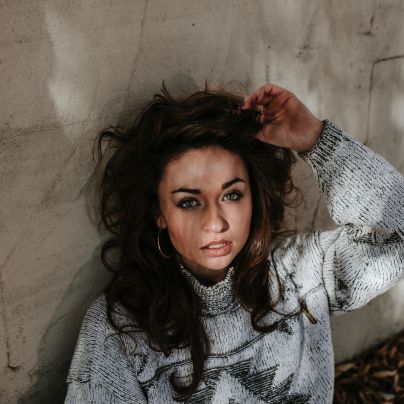 Sometimes, you just have to take a deep breath and tell your story. Here goes mine:

I was a simple South Indian girl, an introvert perhaps, and my social interactions were sometimes online. I was part of a Facebook group where a bunch of us were waiting for our offer letters from an MNC. I met a man there.

We were both hired for different roles. He was put to training in Pune, whereas I went to the one in Bangalore. One fine day, he reached out to me just to have a casual conversation. And we poke and spoke for years afterwards.
In the beginning, we were just good friends. Later, he proposed to me. But I was in no position to accept his proposal because I had never met him in my life. However, he was a really good soul, and I couldn't resist talking to him and keeping in touch with him. He was always down to earth, sweet and caring.

We were deeply in love with each other, or why else would we have used every spare minute to keep talking? This went on for a year and a half.

Then, he decided to take a vacation and visit his parents. When he returned, he was a changed man. He abruptly stopped talking to me. After cajoling him in many ways to get him to spill the beans, I realized that because I belonged to a different caste, he was afraid to take our relationship forward. It would be difficult for him to convince his parents and the society they live in.

It was difficult for me to stop talking to him and I couldn't bear it. He then moved to Sydney for work. I craved to talk to him for days.

One day he called me and we spoke for hours. We couldn't resist talking to each other, and days passed on like this.

I too had to move to Ireland for work. This distance increased our love towards each other. Not a day went by when we didn't speak to each other. That was not something that we could do. So we decided that once we return home, we would convince our parents. Then again, destiny had a different plan.

After being in a long-distance relationship for four and half years, we finally met in Hyderabad. When we met, we spoke about how we would convince our parents and move forward. Then, he went to his hometown. I was eagerly waiting for the good news.

In the meanwhile, I had told my mother all about him. She was hesitant, but she had come to terms with it. But before I knew it, he went right back to Sydney without even telling me that he'd be gone.

I waited and waited for him. I wanted to tell him everything that had happened so far, but he hardly ever spoke to me. I began to push him to speak with his parents and convince them. But it turns out that he was ready to lose me, but not pick up the courage to breathe a word about me to his parents because of my caste.

With absolutely no regret, he broke up with me and shut the door of our years-long love story. He left me heartbroken and devastated.

I don't understand how is it that he managed to "love" me so much because he knew from the beginning that I belonged to another caste. Was he cheating on me all this while? He and I had made promises to each other about the home we'd have and the family we'd make. Now he has more practical plans for his life, I guess.

9 months later, I found out that he was happily married to someone else. I couldn't put my love for him out of my heart even on that day. I had some hope that my love would return to me, but seeing him happy by the side of another woman made me choke on my bile. I died that day.

Of course, I am very happy that he found his happy ending but I really wish he understands what he did to me. He left me without a second thought and with no regrets. It's the 21st century, and I hope he realizes that love is above caste or social divides. And if people can't fight their way out of the stone ages, please don't lead the rest of us on. We may have lost our ignorance, but we still have a heart.

Share this story because our parents may think we're a spoilt generation, but it's our job to move humanity forward. Anything else is plain old cowardice.