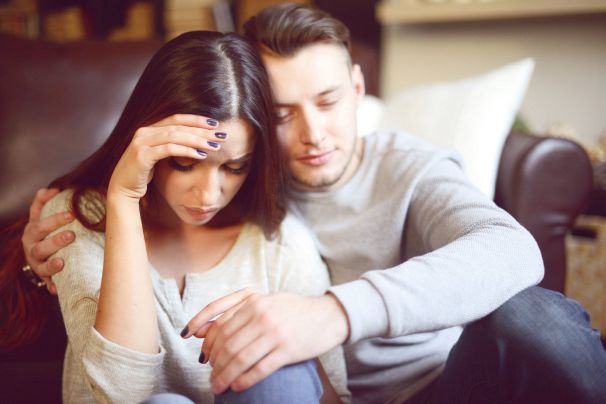 Okay now, there is a guy called Preetam. We met approximately a year ago. He is very cute, strong, smart- all in all, a complete package. He was my younger sister's boyfriend for 2 months or something. Things did not work out between them and they broke up. My sister also started dating someone else who was better for her.

But this guy whom she left became very jealous. He reacted weirdly. He started hitting on my sister's friends, her boyfriend's own sister, and later even me! My sister's boyfriend began hating him more. For my part, I never encouraged him because I was in my own relationship.

However, my relationship was not going very smoothly. My boyfriend was not interested in showing me any affection or giving me any time. He also had high expectations from me. I loved him because he showed me he cared. It was only because of his job that he didn't have enough time for me. I tried to make myself understand and forgive his unkindness, while still continuing the relationship.

In the meanwhile, Preetam started talking to me on social media. He was quick to win my heart and said we could at least be friends. I couldn't resist his charisma, and I agreed.

We started talking on the phone for hours and have a good time. We also use to meet occasionally. Every single time he approached me, I could sense that he was a player and this was just a game for him. He was playing the 'jealousy game' for my sister's sake. But I still couldn't get away from him.

Soon, people started noticing that we were hanging out. My boyfriend wasn't happy with it, so he broke up with me. About a month later, Preetam and I became a couple. Our relationship was full of care, attachments, affection, most importantly, love. But, I forgot about his games and trusted him.

Eventually, lust overtook love. He became interested only in getting into my pants. He would always say, "I know I'm wrong, but I want you in my bed." He would be really happy when we became intimate, and I could see it in his eyes.

But then one day, he broke up with me and I was shattered. He patched up later and broke up with me again. He kept doing this for a few times. I never wanted to let him go, but I didn't want to simply be his submissive girlfriend.

Now, 9 months later, he has fully realized his love for me and we are both happy together. But his mother hates me. She has always hated me and keeps asking him to stay away from me. Preetam never listened to her, and he chose to be with me.

This time around, she created a huge scene. She came near my house and started yelling, "Baahar aa, batati hoon!" I couldn't take it any more and I called Preetam. He fought with his mother. My mother noticed that I was upset and decided to talk to Preetam herself. She asked him if he really wanted to be with me. Did he want to marry me? And unexpectedly, he said YES!

I am almost one and half years older than him and we belong to different states. His mother hates the idea of us getting married. Even though my mother was supportive, he broke up with me again because his family was against it.

He still says that even though he's not my boyfriend, we can be intimate. I don't know how to make this work out. I want my relationship back, because I can't leave him. I still love him.

Share this story because there is no rule book for love.