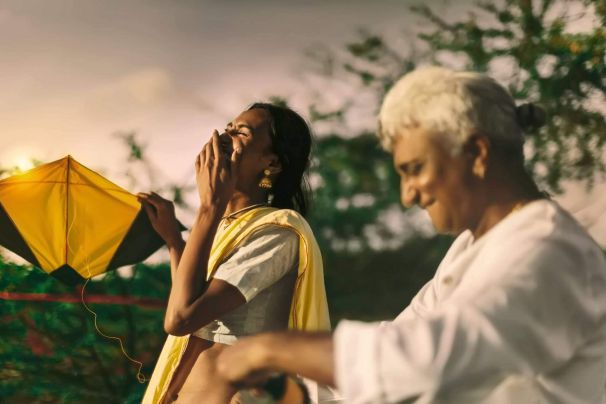 I want to share a really interesting miracle that happened in my life with all of you. I am alive today only because of that miracle. One day I had a persistent headache. The intensity of pain increased with time and after a few hours, I fainted.

I don’t know what exactly happened to me but when I woke up I found myself lying on my bed. I saw my brothers and sisters anxiously calling the doctor. I regained my consciousness only for about a minute after which I closed my eyes again.  I was hospitalized and was discharged after a day. But I was unable to walk properly for a while after that.

The doctors said that we had to take a CT scan of my brain. They said that only then they could diagnose my problem correctly.

I belong to a lower middle-class family so this was a very big issue for us. My father got a CT scan done without any hesitation. Unfortunately, the report was positive.

The doctor now recommended that I go to a specialized hospital in a metropolitan city to know more about my problem. We were shocked and felt sad when we heard the doctor say this to us.

I could not believe the doctor because I was feeling quite well at that time.

I looked at my father and said, “I don’t think I have any problem. Let’s just ignore the doctor’s advice.” But my father said, “If the doctor has suggested it, we need to confirm things for ourselves.”

And a week later, I was admitted to a specialized hospital. We had to sit in a queue to get a token. We could meet the doctor only when the receptionist called out our token number. These were new experiences for people like us.

When I met the doctor he too was surprised to see me because I was very young and looked quite healthy.

He suggested that we go in for a test which would give us a more accurate report of my problem.

This test was called an MRI and this too was a very expensive test. But the doctor helped us a lot here.

I got the MRI done and the report was supposed to come only after two days. My father went to take the report on the scheduled date. I was waiting eagerly in the room that we had rented in the metropolitan city. I opened the door as soon as my father knocked on it.

He looked quite serious but he looked quite confident too. He was prepared to fight through my problem with me. I asked him if the report was positive. He nodded his head and said, “Yes.” He then said, “I will leave no stone unturned to get you the best kind of treatment. Don’t worry. Don’t feel you are alone in this. I will do my best for you.” He then patted me.

I was laughing with frustration. I was awestruck when the report confirmed our doubts. I wondered why I was feeling scared?

Why did I feel like my inner voice was telling me that I was healthy?

I was totally confused when I read the report. I looked at my father again and said, “I still feel as if nothing has happened to me. I think we will realize this at the end of all these tests.”

My father was just lying on the bed. His eyes were closed.

The news of my report spread like wildfire. All my family members and relatives started calling me. All of them were crying for me. I didn't know what to tell them. I didn’t know how to console them. But I told everyone that I felt that there was nothing wrong with me.

I still felt that God was creating all this drama in my life. I was sure he would end it soon. The doctors looked at my MRI report and confirmed the fact that I had a brain tumour.

The doctor suggested that we go in for an operation. We decided to get operated after a month. Everyone took great care of me during this phase. I too was preparing myself for this operation. The scheduled date came all too soon. I looked at my father when I went to the hospital to get operated.

He was looking pale and thin. In fact, he looked like a patient to me.  He had booked a private room for me. He did not leave me alone during this time. He lived with me in the hospital. I didn’t even have to get up and take anything for myself. He gave me tea, breakfast, lunch and dinner. All I had to do was to lie down on the hospital bed.

The doctor had instructed the nurses to conduct some tests before the operation. Different doctors and nurses performed different kinds of tests using all kinds of large machines for two days. The last test was an angiography of my brain. This test would give us the exact location of the tumour.

It was an extremely hazardous operation which had to be performed with utmost care.

Two nurses now came to my bed and convinced me to remove all the hair on my vagina. I hesitated but the doctor had instructed them to do so. So they compelled me to get this done.

I felt scared now and wondered if something was really wrong with me now. I wondered what the doctors would do to me after this.

I changed into a hospital gown. I was taken to the room where the angiography was going to be performed on a stretcher. They then transferred me to a bed which was surrounded by big lights and heavy machines. Two doctors then entered the room.

They had a very thin catheter, an injection and a liquid in their hands.

Then suddenly I felt a nerve blasting pain in my brain. But I felt completely normal within a couple of seconds. I heard the doctor whispering to the nurse. He said, “Everything is normal.”

They then removed the catheter from my nerve. They had inserted the catheter in the joint between my thigh and my abdomen. I could hear the doctor telling the nurses to be very careful about that area. He instructed them to dress it up properly so that it remained compressed for the next 12 hours. I couldn’t move my right leg.

They asked me not to do so either because I may end up getting paralysed for life.

The nurses then shifted me to the private ward of the hospital. Those 24 hours were the toughest ones for my father and me. But we were glad that things turned out to be normal for us. We were now waiting for the reports. But the doctor did not come the next day. My father and I were watching TV in my ward the next morning when the doctor came in.

He told my father that I had no kind of a tumour. My father could not believe his ears.

The doctor turned around, looked at me and said, “You are very lucky. You don’t have any kind of a tumour. It was just a big blood clot.”

We have already broken it while performing the angiography. It will break up further slowly. You don’t need to go in for any kind of an operation now. You don’t have to take any medication either. All you have to do is to come for regular checkups for a year.”

My father was really amazed and happy to hear all this. In fact, he was so overjoyed by the news that he brought a large basket of sweets and distributed it amongst the other people in the hospital. He called all our relatives and told them that I was absolutely fine. His face was glowing and he looked relaxed.

All I could do was to just stare at him and look at his behaviour.

It was at this time I realized how precious parents are. They forget everything else when we have some problem. I felt I was so lucky to have a person like him by me. Thank you, DAD! I love you. I will do anything for you. Please always be like this because I know I can rely on your support whenever I face any kind of trouble. I am sure you will always be by my side. I know I can take any kind of risk in my life as long as you are with me.

All of us take our parents for granted. Let's be honest with ourselves. We realize how much our parents sacrificed and did for us only when we become parents, don't we? More importantly, it is only during a crisis that we realize how much a person actually means to us and how lost we would be without their presence in our lives. Let's share this young girl's story and learn to appreciate and reciprocate the love of our loved ones.