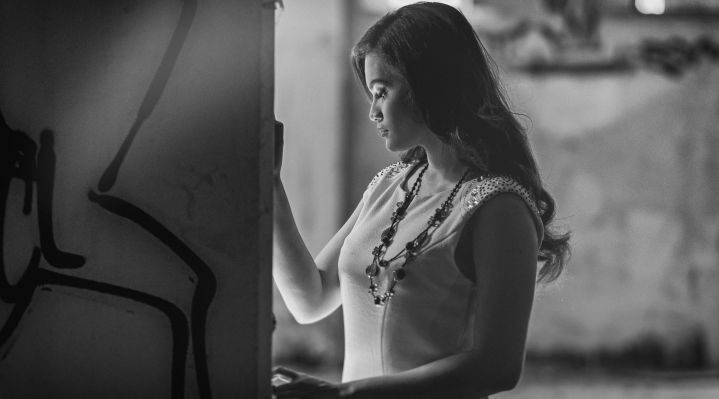 I had completed my first year of MBA. I had come home for my vacation after which I had to do my internship. I was leading a happy life. I had a few friends and my family members and they meant the world to me.

One fine day, my best friend introduced me to a dating app.

Initially, I did not have much time to explore this app but I decided to have a look at it when I was completely free. And that is where I met him – the love of my life. We spoke for the first time on the same dating app but later on, we exchanged numbers. We started as friends but later confessed our love for each other.

Everything seemed perfect in the beginning. Things were turning out just the way I thought they would. I shared all the nuances of my life with him. I told him everything about my past, my present, my friends and my family.

We started dating each other. We decided to tell our parents about our relationship after we spent 6 months together. I was scared because I did not know whether his parents would accept me.

I belong to a middle-class family and he was quite rich.

Nothing really happened. His parents accepted our relationship and we decided to get married after 2 years. But those two years were the most difficult ones for me.

I then joined his company. He had his own business but I always worked as an employee there. I was always treated like one. They just pretended that they adored me when they were in front of others but they didn’t really adore me at all.

They always told my fiancé that they were getting us married only because he loved me.

They have asked me to get out of their house many times. They never liked my parents because we were poor and did not have as much money as them. They never invited us to any of their family functions or when they had a get-together.

Things were becoming difficult for me but the only thing that mattered to me was that my fiancé supported me through this.

Two years passed this way. My elder brother got married last year and my fiance’s father decided that we would get married after a year. My parents did not have much savings left so they too agreed to this. They now came up with new terms and conditions. Earlier they had not wanted an engagement ceremony but they were insisting on it now. They said that the girl’s side had to take care of the engagement expenses and we agreed to it.

Everything was going on perfectly. Dates were fixed, halls were booked, decorators and caterers were appointed etc. Everything had been planned flawlessly.

Things were good for a few months but suddenly everything changed again. This time it happened because I wore a one-piece suit for one of my family functions and my mother-in-law did not like it. She used foul language to abuse me and my mother.

It was simply unacceptable and I can’t even mention the dirty words that she used to address my mother.

I resigned from my job because I was still working with them and went to their place to talk about it. But it turned out to be the most shocking day of my life.

My fiancé told his parents (and my parents too) everything about my past. He told them that I had more male than female friends in my college days. They were just my friends but my fiancé had never liked it and had taken it in the wrong sense.

He was angry and abused me for this and asked me to sleep with them.

I had always told him that they had been my friends and nothing more than that. I told him that I had never cheated on him by double dating.

He just said, “God knows what you did.” This really hurt me.

My dad suffered a heart attack after this and I hoped things would return to normal soon. But they didn’t. My fiancé assured my parents that regardless of the circumstances, he would marry me.

But when it was time for him to take a stand for me, he told my parents that he could not marry me. He just said that he can’t.

It has been two months now. My marriage has been called off. But he still contacts me and asks me to meet him. He says it is very difficult for him to live like this but he is sure that he doesn’t want to marry me.

Is he just putting on a facade? Is he feeling guilty about whatever happened? Why can't he marry me? Have his parents brainwashed him? What do I do?

Sometimes, a complete break gives us a lot of clarity. We are then able to gauge the depth of our emotions and check if we are taking the right decision. Marriage is a beautiful lifelong commitment which begins with trust and acceptance. Often we feel very confused and unsure because we are unable to decipher the cues that are coming to us. Let’s share this story and hope that this girl is able to work her way out of her confusion.

YOUR STORY
Your Stories
BAKKAR. CHAI. SUTTA
The Golden Bird
Let's Face It
Life Is Tough