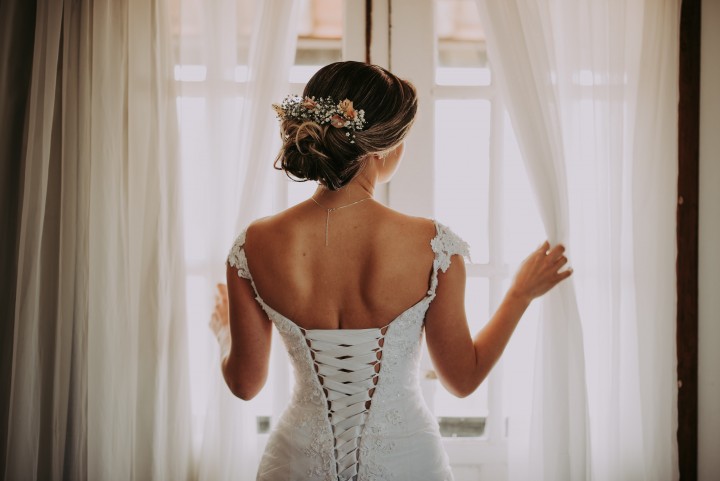 So sometimes we need to push out the feeling we are going through, nothing else, may be that's the reason why few of us write here.

Like most girls, I was scared of marriage, I have many questions like how will be the compatibility between us, what kind of person I will get and the like!

One fine day, I got married to this person. It's an arranged marriage, he looked really handsome and seemed kind of sweet and introvert-ish. But then, don't they all?

There were hints before our marriage that I possibly ignored in the beginning. And it's costing me a hell lot today I believe. So all I can do is, pen down my story so you don't make the same mistake as I did.

Like after our engagement, we started texting. He always used to ask me to look after his parents, in fact sometimes firmly told me to be good to them. I was aware of his insecurities so I often asserted - I will take care of them.

His parents' topic had been a barrier between us, I'm sure every couple goes through this phase. And he said, his mother was his first priority in this world, and that would be the case forever. He emphasised on the fact that even after we have kid, it would be the case. I found this statement to be a bit weird as that's no way of welcoming a wife in your life while she's trying to adjust in a new house, your house.

After all, a bride comes into a man's life with hundreds of desires, insecurities and fears, the least the man can do is be her pillar of strength in this strange land.

I was shocked at what my husband tried to say about the kids we didn't even have. I felt a bit low but I didn't discuss anything with him because I felt he may be struggling with his own fears.

We soon got hitched, I was asked to do house chores from the next day of our wedding. Normally in our culture, a new bride is not allowed to do any chores for two weeks post marriage.

As my mother-in-law is also a working woman, my husband instructed to help her on the next day of our marriage. I was okay with it. Their food tasted different from ours, I was fine with it. And I took the entire charge of the kitchen in no time.

I have adjusted to most of the things at my husband's home. There was this one time I was occupied with my own work and I forgot to make tea for my mother in law. Next day, my father-in-law asked me to make some tea for her when she was back home after work as a taunt. That day, I lost my cool.

I'd been handling the entire kitchen since day zero of our new marriage, I worked on my own without complains, I had been obedient to my in-laws all these days. And they were pointing out one thing that I had done wrong, which was an honest mistake. My husband said, there was nothing wrong with making tea, and in fact, I should make team for his mother's colleagues as well, who didn't even know I existed in the house.

Soon, we shifted around my husband's workplace after five months of our marriage. Things between us were going better. But one evening I was in a bad mood and refused to talk to my in-laws on the call. This made my husband upset. He stopped talking to me, he ignored me. He said he will hurt me twice as hard as I had hurt him that day. I said, "Sounds cool!"

This may be a natural phenomenon of every married lady. Few strong ladies may go through a lot, like literally hell. I want to address these tiny issues because they don't seem big in hindsight yet they are very hard to ignore in the long run.

Loving your parents is never wrong, you have to love and respect them because they are the reason behind where you are today. But it doesn't mean you can ignore or hurt the lady you chose as a companion for your life. Expecting your wife to treat your mother as her own mother on day zero is plain unfair.

Your mother will love you unconditionally and infinitely, forever, she's do all chores for you, her world revolves around you, she will be with you in your good and bad because she birthed you. Your wife will do all these things to you and even more, just because you tied a knot. She will bear the pain, hurt, humiliation, from you.

When your mom is responsible for bringing you to this earth, your wife is responsible to bring your child to this planet. Both these women deserve equal importance.

If you feel your mother is more important, sure. We'll take that. But don't take your wife for granted. She has only you, she needs you, and if that's not okay with you, she can leave you too. After all, she's not your mother.