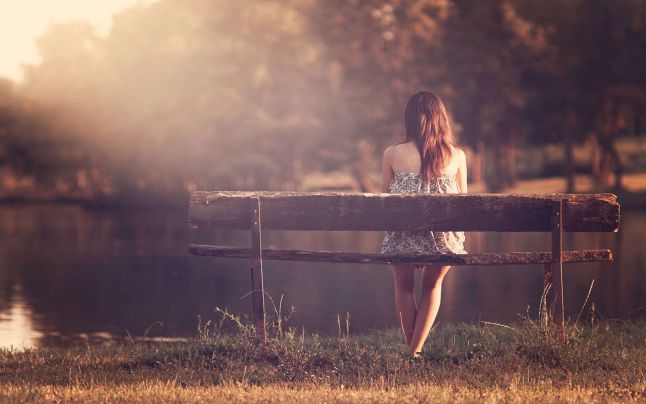 We commit mistakes and later on we regret for those mistakes. Same thing happened to me as well. I am a girl who always dreamt about her prince charming who will love her without any conditions.

I knew I was too young for all these things yet I was waiting for my man to enter my life. I was in 11th standard. My friend Neha was in a relationship. She was my best friend so we used to be together even if her boyfriend was with her. Neha asked me about her boyfriend's friend. She told me that the guy likes me and he is good guy and that I should think about him.

I decided to meet him because I trusted Neha. told that guy, Hrishi, that I want serious relationship and he agreed. He loved me lot. It was my first relationship so I was very happy. I did what he wanted me to do.

After a year or so he asked me for sex. I said no initially but after one month I agreed. I felt bad for having sex before marriage but then I thought I want to marry this guy anyway and so we did it. I was feeling guilty but it made him happy so I was also happy. Happiness never lasts very long.

Hrishi started drinking and he had no control over himself. He used to force me to have sex. I used to be in pain while he enjoyed. He had changed. All he wanted was liquor and sex, rather forced sex. His family was fed up with his behavior and they sent him to rehab center.

I had no idea what was happening. I suddenly started feeling really sick; I found out I was pregnant. I was two months into my pregnancy when I found out. I thought of committing suicide. Hrishi would be in Rehab for another 4-5 months and so his friend gave me an abortion pill which didn’t work because I was already 3 months pregnant. The doctor suggested I go for an operation. I was so scared.

What would I tell my parents if I disappeared for an entire day? By now my baby bump was big enough for people to notice. I was helpless. I somehow arranged for the money. Hrishi came back when my abortion date was near. We went to hospital. Nurse gave me a pill in the afternoon and I started having labor pain at night. I was crying. My premature baby was in front of my eyes and he was trying hard to survive. He was moving his legs and hands. He wanted to live but I killed him. It was the worst day of my life.

Well what about Hrishi? How was he? So he again had drinks with his friends when I was in labor pain and after my baby died all he wanted was sex in that labour room. I just hated him for whatever he demanded. He was such a heartless fellow that he didn't even feel bad seeing his own child dying in front of his eyes.

Yes I broke up with that man. It's been 9 years. I am not married yet. I may not even conceive. But I do miss my child. I feel bad for whatever I did to him. It is just like a nightmare for me. That day still haunts me. I won't be able to forgive myself for whatever I did.