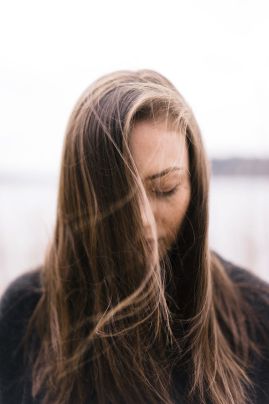 I was born in the typical middle-class family and have one elder brother. From my childhood, I have studied in a co-education and even my brother was in the same school. I have both girls and boys as my best friends.

During my college, I liked a guy and even he liked me but after one week, I came to know that he was not trustworthy and we broke up.

One of my best and a close friend proposed me and I rejected him thinking that this time also I might be wrong. Later, I only concentrated on my education and came first in college. I was having fun with friends as well and never thought about falling in love with anyone.

After my graduation, I got alliances. I was not ready for marriage and I told my parents the same.

They were like, “Do you love someone? Is that why you don’t want to get ready?” I told them that it was not the ussie. I just didn’t want to get married so soon as I was interested in doing my MS. Ultimately, I landed up marrying my husband whom I felt was not the right choice of my parents but as typical parents, they didn't agree.

We stayed with my parents only after the marriage. I was pregnant with my first baby and my husband left his job. Even I was asked to quit my job at MNC as I took too many leaves during my probation period. But I joined as faculty in my previous company for only INR 4000 in 2005. And, my husband was trying to earn by IT filing and all but didn't get much. We were not able to afford medicines also. Nor did I had money to have my coffee. I used to sit and cry in the room.

After my son was born, my husband took a job in MNC and we were able to take a separate house on rent.

After a few months, I got a job too. I gave birth to our second baby and after six months, I met with an accident. After this accident, my worst days started. I had leg implantation and was bedridden for three months. I was happy; my husband and parents took care of me.

But later on, my husband misbehaved with my cousin sister and I wanted to die then. He said that it wouldn’t be repeated and I believed it. After some years, he started his own interior design firm and we were getting financially stabilized.

I had been on a trip and when I came back, I saw a message on his mobile which completely broke me.

When I tried to inquire him about it, he agreed to an affair with that lady. And to my utter surprise, he was having an affair with one more girl. I never expected he would cheat on me.

He tried to assure me that he won’t do it again but this time I wasn’t able to trust him. So I started talking to my old friend who had proposed to me once and when my husband came to know about him, he started speaking bad words about me and my friend.

We started arguing every day on the same but now, last week, it went to an extreme. He accused me of sleeping with my friend.

It felt so embarrassing that I couldn’t accept all of it anymore. But I can’t leave him and go because I am not financially strong and I have two kids with me. I can’t even cheat him also, it won’t bring me any peace of mind. I don’t know what else to do. I can’t seem to find any solution.

You never know what you are capable of until you try it. You just need to have the courage to do it. Share this story and let's see what people have to say about it.