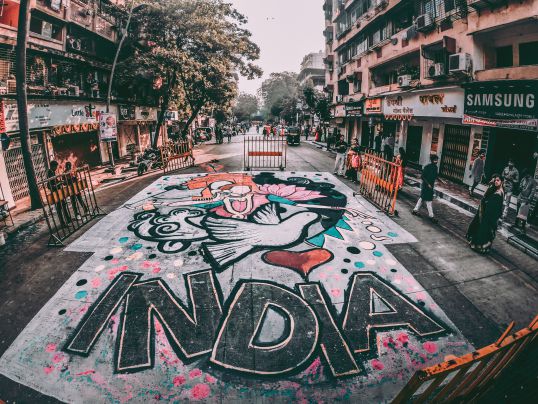 “Boundaries respecting boundaries, be it personal or geographical or political,” ~ is the only proven way that has ever been successful in maintaining peace and tranquility.

Then, why is it so hard for people to respect these boundaries? Why is it then that an individual’s limitations are looked down upon as impertinent, especially when it is up-to-the family. We thrive on inclusion and attachment in the unit of the family. Society dictates the conduct and expectations of every member of the family.

I guess that’s where the saying “it takes a village to raise a child” comes from. And if the village says, no boundaries are needed when it’s your kids, (read your sons), that is the conviction with which each person is fostered. The belief, thus, manifests into the dreaded lack of discretion the grown-up children face from their parents.

As a society, we have established that the girl child was never ours, to begin with. Once married, we treat the daughter and her family with the courteous non-intrusive nature common to any guest or acquaintance.

But when it is our son and his family, why do we think it’s right to impose on them and infringe upon their life? How is this considered proper or reasonable? Why do parents feel entitled to their son’s private affairs or monetary affairs? Is it because they raised them and worked hard in doing so? Well, then they did the same for the daughters too (I hope). How is meddling in your daughter’s life inappropriate, but overstepping it with your son is acceptable? Why does one think that asking a wrong question from their daughter-in-law is okay, which one wouldn’t dare ask the son-in-law? The incongruous behavior towards the son and his family is not even considered a transgression.

The deep-rooted patriarchy created the hierarchy, and when you give people ranking, more than often, it is misused. One might argue that the interference is prevalent even with the daughter’s life. But the mainstream mindset is that it’s wrong.

You may even find people who reproach the parents for doing so. But one will find that’s not the case with the sons. It is never up for debate. It is a widely accepted convention. Is it our culture then? No, because our society speaks of the 4 ashramas namely, the Brahmacharya, Grihastha, Vanaprastha and Sanyasa. Wherein the first phase is for education, learning skills, etc. The second phase is where one starts a family, earns a living, has progeny. The third phase clearly states that this is the stage for “detachment and increasing seclusion.” Which means, passing on the responsibilities to the younger generation and preparing oneself for a spiritual path.

Now, fourth phase is the modern-day, which can be roughly translated to be pursuing the things you always sought after but were unable to do so because of familial responsibilities. But unfortunately, this practice is seen very rarely in our society.

Surprisingly, the western world has picked up on that very successfully. The feeling of ownership, of everything that has to do with the son, is where we nib the chances of a growing new relationship. One might argue, despite this, we have one of the lowest divorce rates in the world. So how is it even wrong?

The lowest divorce rate is because of a lack of a support system, be it financially or socially for a divorced woman. Lack of options has kept many women in an unhappy, disrespectful marriage all these years. With the increase in the financial independence, we can see many women walking out of doomed relationships, head held high.

But we as a society, as the next generation, need to give our sons their personal space and the daughters-in-law, the respect and love we show our sons-in-law. That’s when one can even think of restoring the joint family.

I want to compliment the way the author has brought such an important point forward in very simple words. I wish I could thank them personally but we will always respect your choice of staying anonymous with your stories so keep them coming. We're always listening!