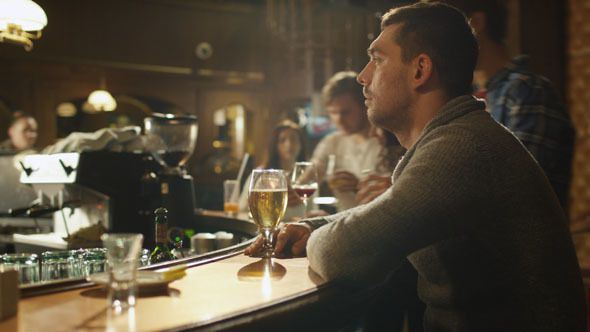 How does one find love in modern times? I had recently been through a break-up and wanted to fall in love again.

I knew for a fact that love is effortless and did not require any hard work. I also knew that love just happens.

But my friend and I were now extremely keen on using modern ways to find love. We wanted to explore all our options. We first looked around for girls in our vicinity. And guess what? We did not find any good match for ourselves. We realized that all the good-looking girls (we are not objectifying girls when we say this) or potential matches which interested us were already in other committed relationships. And the ones who were kind of available did not match our criteria.

We conducted a survey and realized that an average girl gets committed when she is around 16 years of age. The boy and the girl end up staying together if luck favours them. If it doesn’t, she moves on by dating other boys. Most girls settle into a relationship by the time they turn 23.

I had turned 26 recently and so I knew that my chances of finding someone single at this late stage of my life were pretty slim. The statistics alone were enough to kill the buzz in our hearts. But there was no denying the logic that they projected.

The figures sobered us to the reality. We had assumed the worst but were prepared for the best too.

So we took the initiative and decided to go to clubs to find ourselves a suitable match. We went clubbing at popular clubs every weekend. We chanced upon several beautiful girls. There was a lot of glamour around us and we loved listening to all the good music that was being played there.

The only problem was this. They all came as couples. We couldn’t spot a single girl who looked like potential girlfriend material. The statistics were closing in for a kill now.

So we planned to change the game. We realized that maybe clubbing was a good idea and that we were just going there on the wrong days. We started attending all the ladies’ nights now. We didn’t know too much about ladies’ nights either. But we got a hang of it quite quickly. Basically, it is just a scam run by pubs.

They give free drinks to the ladies and the men are charged exorbitant rates as an entry fee. So the core idea is to generate business through the men in lieu of inviting women for free.

My friend and I were glad that we did not fall into that category of men. We were single men who were looking for a date and we believed in "consent.”

At yet another ladies’ night, we spotted two beautiful girls. I dared my friend to initiate a conversation with one of the girls. I motivated him and after a fair bit of goading, he approached her.

But something entirely unexpected happened after this.

He went there and asked her if she would dance with him. He kept dancing with them. He is an amazing bhangra dancer and the girls did have a very good time indeed.

But after a while, a guy came over and left with both the girls.

We were really very disappointed but the moral of the story is this: He did not initiate a conversation with them and so was friend-zoned'.

He just kept dancing and had a lot of fun with them. He had been too good with them. And the illogical logic of the whole thing is this: Girls don’t like good guys.

We could sense our hearts burning after experiencing this kind of pain. So the very next day, I decided to chalk out my action plan. I finally came up with my own theories of dating girls and posted this on my friend’s Facebook wall:

Ways to approach a girl at clubs:

Ask her to dance with you.

Start dancing with her.

Say this when you are close to her:

If she ignores you say this:

If she still seems disinterested – understand the fact that it is a ladies’ night and she is here for the free drinks. The nerdy guy is likely to pay for her food.

So, look into her eyes and walk out after saying this:

Repeat with a different girl.

A sense of humour and the right attitude can often correct our faulty perspectives. We all have this tendency of taking ourselves too seriously. Let's share this light-hearted story because this young man really knows how to take all his real life/not so good experiences with a big pinch of salt. As long as we have an overdose of faith in ourselves – things will always turn out for the better for all of us. Don’t you think so too? 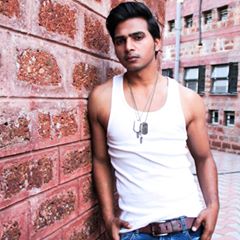