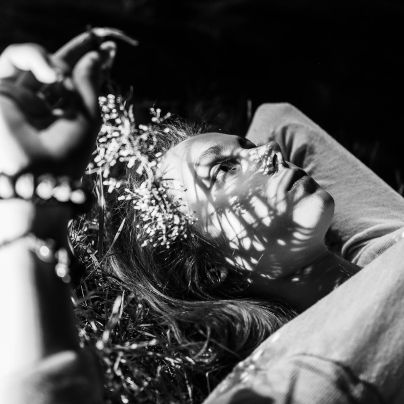 There’s a tax for friendship so massive, and obscures your vision so much, that you can barely see it.

It began when you were little- with the girl who had too many Barbie dolls, who was allowed too much time on her computer and had her own room. Friends liked her better because she gave them more to play with, sleepovers they could never forget, and lavish birthday parties with the coolest presents.

But you- you had to bite your lip down and live the life of modesty because your parents thought it was beyond them to pamper both you and your little brother.

You grew up and didn’t fit into any college clique. Your clothes weren’t morbid enough to be rebellious, pretty enough to be chic, or expensive enough to make you look worthy to hang out with. Anything new you bought was immediately noticed, and “You look pretty today” was always so painful to hear. If you told someone that you bought this great book instead of getting your arms waxed, she’d turn to her friend and ask “And what’s your excuse?”

You got out to the real world on your merit. You met great guys who were abusive and mediocre guys who were nice- both of whom were immediately rejected by your friends. Then you found a nice enough guy. Your friends liked him more on the days you weren’t so sure.

He wasn’t abusive or mediocre, and you thought you finally had the breathing space to love again. You had paid all your taxes and pleased all the people around you.

Then he called you one day and asked if you could pick him up at a fancy club uptown. You drove down from work in ripped jeans, a baggy t-shirt, hair in a bun, and glasses that weren’t even geeky.

He called you again to check if you were nearby. “Wait for me downstairs,” he said. Of course, he wouldn’t be caught dead by ‘the folk’ next to someone who dresses like you. You forgot to pay your tax, and you do your time waiting like an outcast in the parking lot, with a symphony of mosquitoes for sound effect.

There’s a massive tax on friendship- one that you don’t mind burdening yourself with, just because you crave human company and validation. But if you decide to let it go, to not pay a tax to be accepted, then you’ll still have the security in your skin, the confidence to tide through difficult times, and at least the love of your little brother.

Share this story if you understand the unfair judgment that young people go through, and help stop the misery.