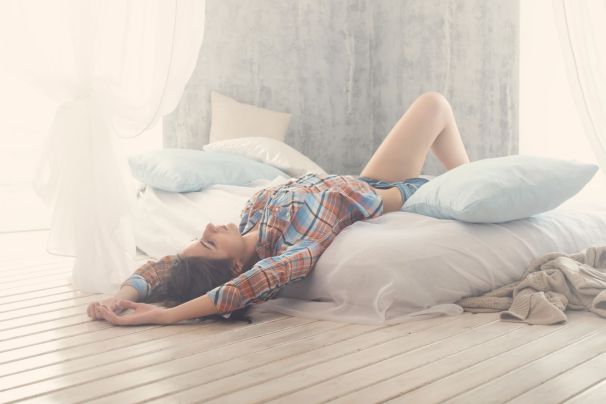 I talk to you. Daily. Without you but with you in my senses. I see you everywhere I look. I imagine you at all the places I visit. You are the most amazing person I've come across in my circle of close friends. Funnily though, I had come across your profile through some online dating segment of a very popular social media site! This was somewhere in 2008 I believe when I was not really enjoying my personal space. It was the time when I did not have many friends. I was only busy being in and out of relationships. I was in the middle of contemplating whether I should make my personal space more adventurous or calmer and settled.

It so happened that I pushed myself to try something new. I thought the least it would do is occupy my depressed mind to either something horrible or make it more interesting, subject to what I wanted to take away from the chats or interactions with 'guys' who wanted to go for 'speed dating'. I still can't believe that you were one of them.

Among the many so-called 'chats' that I wasted my time on, you turned out to be miraculously witty, intelligent, and smart. But then, with those qualities I too was there looking for someone who could just be a catalyst to turn my life around.

But sometimes, you meet the right people at the wrong place.

You were over smart with me back then. Obviously you had an amazing sense of humour that my ego didn't allow me to accept. I could not believe that I was being pulled by some chat window that got me hooked for hours to your irritating remarks. I just could not digest the fact that I was being swayed by you. You were the only person who got me thinking and even left me speechless at times. I developed feelings for you and it all started off as a crush. I hadn't even seen you till then!

In the meantime I emotionally got involved with someone else. I got into a serious relationship during 2008 and 2010. It obviously did not materialize and I went into severe depression. Again. This was the third time I was heartbroken. Surprisingly, you were also busy with your life, and were not bothered like before but we kept in touch. I so wanted to share all my feelings with you. But knowing you, it would just be a story or gossip for you.

You showed me that you deeply cared, it was very difficult for me to believe you on face value. I hate to admit it but I still feel that you lie a lot sometimes. You fake a lot more than required. I don't know why but it is hard to believe some of your words even now. I know you hate me for that.

But I want you to know that every time one moves in and out of a relationship, a part of her breaks.

It takes humongous courage to gather the broken pieces, stitch them, smile and be happy again. And not to forget, also prepare to be ready for the next dive. It wasn't easy for me either.

Cut to the day I realized it was high time I told you about what I genuinely felt for you. It was after a couple of times we had met. It wasn't so surprising though because we had expressed a lot of feelings towards each other by then with all the little acts we shared. But then someone had to spill the beans. I knew you wouldn't.

A lesser known fact about you is that the world thinks you are an extrovert, smart, witty, charming, and social (given your professional expertise) person but you are pretty much a coy, shy, and an egoistic chap not many may admire.

You became adorable to me on those lines. Though officially, you really never opened up to me. Ever. It was unbelievable how I gathered all the guts to propose to you. The first ever proposal in my entire life!

I have been blessed when it comes to love and breakups. Love because I get them and break ups because I invite them. Yes, I never took time out for introspection. I was very clear about the fact that it was never my fault. People came, used me, dumped me, and left me behind to rattle. No one bothered.

What I did not understand, are the reasons. I used to get worked up with emotions and then came overreactions that nobody wants to be a part of.

I wasn't bad but I surely had the ability to save all of them. Only if I had higher EQ to figure out when to calm down. I banked on my IQ instead. Having said that, it is also all thanks to all that went 'wrong' in the past that today I have a better sense of dealing with people and their emotions. I have charted out strategies that will help me stabilize what I feel, faster and easier. I now know, how to manage my emotions, handle them, use them for the good, nurture them if needed, respect them, and most importantly treat them right - my way.

Today, I am still madly in love with you. We don't meet much now. We hardly interact. But I'm glad we are friends. More distant friends, close once in a year, friends by virtue of convenience, but good friends.

However, I talk to you daily. To me, my emotions, my soul, that's all that matters.

We all have this one person in our life. Most of us have found them in our lovers, life partners, colleagues, bosses; some of us have also found them within ourselves. But with time, digital age, stressful work life, we have ignored them royally. We have not forgotten them, but have put them on a backseat. Eventually we tend to rub them out of our lives.

Let's not bury them. Let's talk to them. Let's bring out the real 'you' that you lost in them who was full of innocent emotions, laid back attitudes, and just pure, serene child-like thoughts and actions. Let's welcome them, greet them, and say "Hi" to them once in a while. You never know, it can just touch some chords that waited to be tuned and a beautiful song might just play its way into our hearts.

Share this story because self-love should be of utmost importance to each one of us.