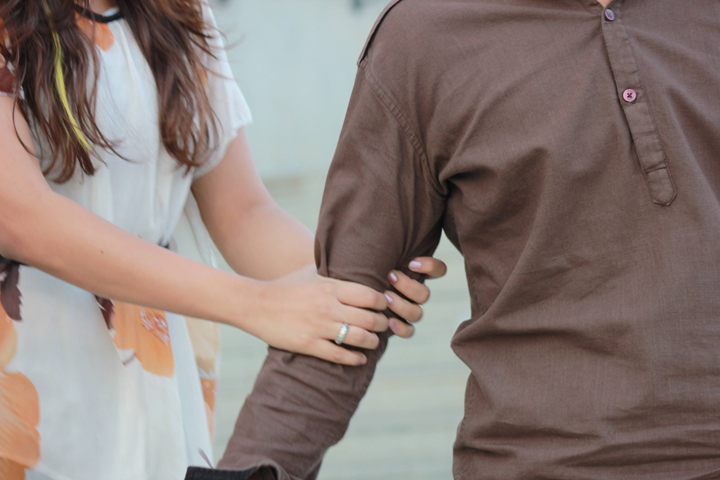 I was born in an upper middle class family with all the luxuries in life. I have been blessed with everything, parents who are proud of me and a really loving brother. Ours was a perfect family, except one day when my life changed its course.

I was in 5th standard, when I came back from school, excited to tell my dad about the test I had that day. I was 7 then, he came back home that day and without greeting me, directly went to his room. I thought he was tired and so I thought of talking to him after dinner.

After 1 hour, I heard my mom crying loudly, I got scared but thought that maybe they had a fight. They never really had the same personalities and I had seen them have clashes ever since my childhood. My dad is a practical man, who doesn’t believe in materialism and doesn’t care too much about the society, my mom just the opposite. My dad had anger issues and my mom is the softest person on earth. So once in two months it was common to see them yelling at each other.

That day was different. I peeped into their room, she was crying and he was trying to explain something to her. Nobody knew what was going on and I went back to my bed thinking I will talk about it tomorrow. Three days and the same thing, he used to come back, go to the room, she used to cry and yell and he would just explain.

When I was 10 I asked them what was wrong and all they said was "Nothing beta, papa mummy are just arguing". On the 4th day, something hit me hard, a 10 year old girl thinking that what if her dad was cheating on her mom. I know it sounds too much for a girl that age, but it did and that night I slept weeping in my bed, praying to God to not let that be the truth.

But as expected, next day my mom yelled out of a bit too loud "I want to talk to her, how can she fall so low? Doesn’t she know you are a married man? And you? Leave me, didn’t you think about our kids?" Everything was confirmed, my deepest feared became true within seconds.

I took my 6 year old brother in my room, hugged him and cried. The little kid, all he could say was, "Why is everyone crying please tell me." I failed to understand why that was happeningr. I told him "Sarthak ( name changed) mom dad had a fight and I had a bad day at school. Don’t worry." I think that was the exact moment I grew up wiser than my age. Exact moment I started feeling that life was not a fairytale.

What followed was 3 years of constant fighting between my parents. Talks about divorce in the privacy of their room. My dad begging for one more chance. They tried their best to act normal around us, but i knew everything. Inside my heart I started hating my father. I always prayed that I didn't get a husband like my dad.

Things started to cool down after 3-4 years, and as I became a teenager I realised I had more in common with my dad than my mom. Same beliefs, same interests, same likes. I realised he was a different man, who was very very sensitive. We started talking and spending a lot of time together.

One day we were talking about guys, when he told me, more than anything in marriage you should have respect for each other. That hit me hard. I realised the man I had hated for so many years, wanted love and respect from his wife. That he was not black, and she was not white, both of them were grey people. He loved her, but they never understood each other. He was surely wrong but he did not do all that purposely, he just wanted someone to understand him.

Sudden realisation fell upon me, it was not love that they didn’t share. It was compatibility and respect they didn’t have with each other. Had their been no love, she wouldn’t have given him another chance. He wouldn’t have felt guilty, accepted his infidelity himself. He could have continued cheating on her because she'd have no idea, but he loved her.

I felt bad for my mom, but I now felt for my dad stronger. I hated that man for 3 years. I thought he was wrong.

In no way cheating justifies what he did, but how many men have the courage to accept their mistake. I know he did wrong, but he loved her that's why he wanted to make it right. Everyone who knew this, still judges him, but no one knows that my mom was at fault too. That she maybe a nice person but she was never able to reciprocate his feelings and that's why he went off track for a bit. I feel bad when even in the smallest arguments people assumed he was the wrong one. When my relatives asked, "Is your dad normal these days." It made me angry because he is such a nice person. Today it's been 22 years since my parents have been married and I have never seen them happier.

They have started accepting their differences and started respecting each other. They share cheesy Facebook posts for each other and try to never lose their calm even when they are angry. I feel it took a lot of compromise and pain to get to where they are today but I feel happy they never gave up on each other. They took a long time to change for each other, but they did.

Sometimes I feel I wish I had not faced this at such a young age. I went through a lot of pain and trauma as a child which no one has any idea about. My parents tried being as normal as they could, but on the inside it killed me. When my friend talk about what a lovely childhood they've had, I feel bad. I feel bad that I grew up to this world so soon but then I am thankful. I am thankful for the person I am today.

Even after so much, my parents made sure I became a good human being. A person with a heart and cheerful exterior. They always made me see the positive side in everything even when everything was so negative in their life.

I am 21 now and my parents are proud of me. I know they were not the most romantic or loving couple but they have been the best parents. Now when I see them all I feel is pure happiness with a little pain. Pain for the childhood I lost, but happiness for the problems we overcame as a family.

Sometimes we forget to give the benefit of the doubt to people we love the most, and that's wrong. Nothing good comes out of it. Share this story with everyone you think should be more forgiving in life, tell them to learn from those experiences instead.