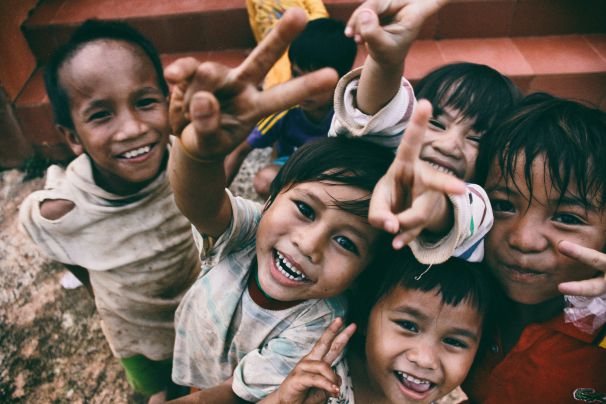 Robin Hood is a heroic legend. He was known for his noble cause of robbing from the rich and giving to the poor along with his Merry Men. Similarly, every Sunday some group of people consisting mainly of students and young working professionals step out of their homes and fan out across the inner alleys of cities like Delhi, Hyderabad, Bangalore and Guwahati, dressed in green t-shirts and carrying packets of food from different restaurants.

These people who call themselves 'Robins' are out to do just one thing- that is distributing free food to those who need it badly.

Every Sunday they distribute food to all the homeless people who are not able to buy a single packet of biscuit also.

In most cities, the Robins distribute food on weekends, as most of the members in the core team are working professionals. They group themselves into smaller clusters and manage the logistics of the city. The Robin Hood army is going way beyond.

They are taking responsibility in a way that's truly inspiring. They are not just feeding the poor and homeless; they are also reaching out to orphanages and old age homes.

In our country, there are almost 200 million people who do not have two square meals a day and because of that, every day some 500 people die of hunger issues. As the days pass, the situation looks grim.

At this rate, we will sooner die of hunger than the coronavirus.

The Robin Hood army is not just fighting hunger in India- they're going to spread across the world.

I am just so amazed that a completely volunteer-driven organization can do two things at once- prevent food wastage by collecting the surplus at restaurants, and fight the hunger crisis. It's humbling to see human connections strengthen across communities and all the strata of society.

Here's to making sure that we no longer have to endure the pain of witnessing hungry children and frail people.

I know that there are many ups and downs in life right now, but no matter what they are, you can write about them here. Your story matters and you deserve to tell the world.

The Lockdown Changed My Life For Good

The Lockdown In 2020 Made My Mental Health Worse: Here's How I Helped Myself