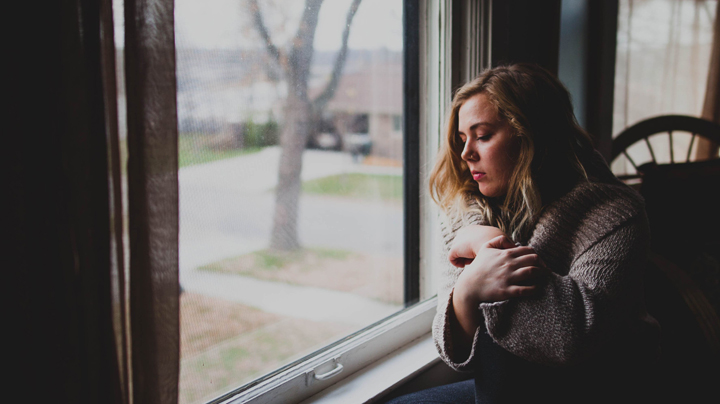 I am a 21-year-old girl, brought up by a single parent. My parents had a mutual separation and I live with my mother. This is the story of when I started my UG course in Chennai. I was so excited! I wanted to make lots of new friends and had many dreams. But one guy changed it all.

I was totally comfortable with all my friends throughout college. I was the so-called best girl BFF for all. I was loved by all, never had clashes with people, received a lot of proposals from boys; I was everyone's favorite girl.

Even though I had many fans, there was one guy who stole my attention. Let us call him Mr.X. He was from the Mechanical department while I was from Electrical engineering. I was always attracted to him even though we clashed at our first sight. But then we started to get along well. He was supportive and he loved me. I knew it; the entire college knew it.

I never hid my feelings towards him from anyone. I frankly told my mom as well. My mom understood me; she liked him and his parents too.

But it all changed within a month. It was my birthday. I had friends pouring in with wishes from a day prior. That night, X and I met at 12 a.m.; he was the first one to wish me in person. The next day I had a blast with our friends. I had great fun and then I returned home. But that very evening, X wanted to meet me again, and I did.

That day the clashes started but he called it love and possessiveness. I felt loved; I took it all in a positive way.

As days passed, things started getting bad. He would tell me that he didn’t deserve me, that he looked very ordinary in comparison to me, but I would always tell him that I loved him, no matter what.

The following days, X started demanding for my Facebook ID and password. I never felt bad about it and thought that it’s not a big issue to give my password to my partner. So, I gave it to him. But my mom warned me to not be so transparent in front of him. But I was, and so I paid for it.

He told me to not use Facebook and I didn’t, for a while. Then one day, after about 8 months, I got a phone call from a person; let’s call him Mr.Y. He wasn't a student but was related to my college through an organization. He said that I’d told him that I loved him and had also proposed to him. I was so shocked! So I called up X and told him about it, but he told me to ignore the whole thing.

But Y was devastated. He kept calling me; he even came near my house that very day and showed me the messenger and how I had texted him. He also showed the phone calls saying they were from me. I was so confused and my mom was worried.

It took me two weeks to analyze the issue. I used to get proposals online but I never gave them any importance. But X used my Facebook profile and proposed to Y and many other guys. Y was the most serious amongst all of them.

I proved to Y that it wasn't me but he who was hurt. He was broken into pieces. He started crying over the phone. He was insulted. X also hit him once, but still, Y never tarnished my name. He loved me but didn't want to bother my mom and me.

I met Y once after the problem and that day he understood me. He understood that my mom was okay with him being a part of my life. With tears in his eyes, he promised me that he wouldn’t interfere in my life. I feel so guilty. I can't even relate to how painful it must have been for him. From a charming guy he had now become this quiet guy.

Meanwhile, X started drinking. He never regretted what he did to me. He caused me so much mental pressure. I already knew that he was in a relationship with another girl before me and that she had chucked him out of her life. His close friends had told me this story. But he was never honest with me. When I asked him, he told me that I had rejected him as I never said yes to be in a relationship.

His friends told me that he was guilty because he had an affair before me and wanted to me to be guilty, so I would never criticize him about his past. But he did a lot for me. But he also damaged me.

My grades went down, my mom had trust issues with me and some of my friends are not my friends anymore due to other problems and my relatives were also very rude to me. All bad things happened at the same time. But I continue to stay strong, without anyone’s support. I am still in my college and see X everyday. I burn from within but he enjoys his life without any guilt.

It has been a month since I entirely stopped talking to him. The last thing he yelled at me was, "Are you going to go with Mr.Y? If you go, I will spoil your life, be careful!"

I just blocked him. That was the end of my conversation with him. He tells people that I am scared of replying to him and that is why I blocked him. But here is my reply to him.

Today I have no one, no support - the love of my life, my mom, my relatives, there’s no one on my side. But I still stand strong. I was depressed for a year but now I'm fine. I am hurt but I still continue to go on with my life.