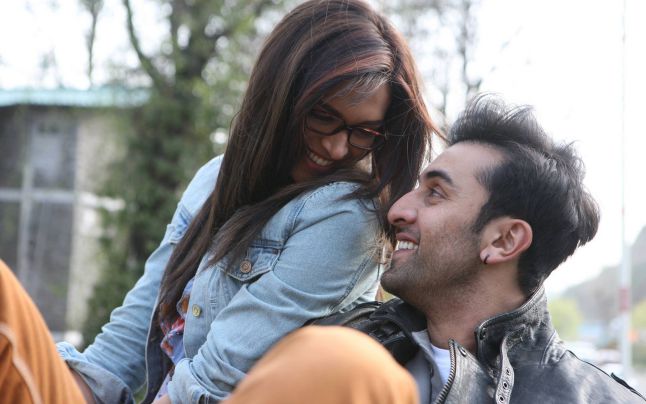 Sitting on one of those beloved benches in the lively vicinity under the dark sky and intently listening to those words of wisdom by intellectuals that got rid of my ignorance, I was offered an ice cream by a versatile lady, to which I said "No". She further coerced me to have it and I moved my head sideways in refusal with a smile on my face.

Then she said, "Please have it, I love you okay." And that itself resulted in me feeding upon that yummy little thing.

I wondered how harmlessly she’d used the expression "I love you" as a trump card to simply convince me to eat an ice-cream, how unintentional that method of influence was, how effortlessly she’d said something that she obviously didn’t mean, how subtly the word 'love' suited the situation and how grievously erroneous it was to say so.

The devotion that a mother has towards her child, the bond that defines sisterhood and brotherhood, the surrealism that binds the love affairs that last a lifetime, the sexual need that leads to the existence of frivolous relationships, the understanding upon which a friendship thrives, the paucity of captions on social networking sites, the declaration of a person’s penchant for anything and everything — these and indefinitely many ways of burdening this monosyllabic word ‘love’.

What is love anyway? Romantic love is knowing and being known.

It is two people sitting together for hours, not saying a word and still being happy and content. Love is synonymous to growth. To put it simply, it’s love as long as it promotes the growth of both individuals and sadly most relationships that we see today have at least one of the two withering to a state of inadequacy, instead of blooming into a better person.

I wonder why is it that we associate loving with the heart when the heart is merely a blood pumping organ? When we gel well with a person, when that subconscious exchange happens, when suddenly it’s the end of the world as you know it, it’s because of that mental connect. Further, that liking flourishes because we think about that one person perpetually. And then it’s the similar thought process that provides the incentive to delve deeper into the affair.

Just because your heartbeat races when you see him/her, the heart shouldn't be given all the credit for it. Your heart will beat way faster when you’ll have a tiger running after your life but that doesn’t imply that you love the tiger. You do get butterflies in your stomach as well but no one says, "I love you with my stomach."

The only thing that we hear time and again is, "I love you with all my heart." All of literature, movies, songs have made the heart a demigod for loving, if only someone was keeping a check on the credibility. Sigh.

Another aspect that cannot be overlooked as it forms everybody’s own brand of this undefined emotion is the sentiment (often conflated with infatuation), which we experience during our building up years – adolescence. Since we all know how offended the teenagers get when you tell them, "What you’re experiencing is pure nonsense, love doesn’t happen at this age," therefore, it’d be better to handle the complex task at hand with utmost delicacy through means of an analogy.

You listen to a new song and you realise it dances perfectly with your demons, as if it were meant to address your wounds and heal them miraculously. You feel like this is the song you’ve been waiting for all your life and you truly believe that you’re in "love" with it.

You anticipate it to be your best song, vehemently telling yourself that no other song would ever appeal to you to this great an extent. You listen to it umpteen times a day with its lyrics refusing to leave your head and you just can’t stop singing it in the shower. Your new fetish comes with a desire to spread the word about it to the world, followed by you advertising your love on social media, coercing others to listen to it too.

Slowly and gradually, when the high starts to fade, you realise that only certain parts of the song make it so irresistible and you revive your love again in those perfect parts, overlooking the initially invisible flaws. By doing so, you try to make those anticipations last but in vain. The frequency drops from innumerable times a day to a couple of times a week.

Deep down inside, you start disliking it, which leads you to switching to other songs every once in a while. But it still remains the song that you’d like to tune into before going to bed. Then there happen to be times that don’t require you to hear that same music before calling it a day and slowly the occurrence of those 'times' increases.

Eventually you get so inundated with it that even the introduction compels you to keep it aside. You’d never want to listen to it yourself and if it’s there on the radio then you definitely have to change the channel. Quietly and unintentionally, you forget it, surging ahead in search for your best song all over again.

And then one fine day, after a considerably long time, you happen to listen to it accidentally. Something within you melts, that four-minute wonder brings with itself a plethora of sentiments that make you feel as if, somehow, you’ve been yearning for it to soothe your ears. And that my friend is how teenage, puppy love is — overlooking the extent of generalisation.

The more I try to define it, the more lost I get in it’s labyrinthine mazes. I realise that it has become highly individualistic. Today, love is relative, just like morality. For one person, saying ‘I love you’ might mean finding freedom in enslaving his/her happiness to someone while for another one, it’s just a respectable replacement for lust.

Though I do realise that it cannot be defined but its callous usage happens to bother me. Therefore, to help me sleep better at night and not have my antennas of reason raised every time someone uses this little, harmless word, I'd like to conclude by saying:

"Love is an all-consuming giant that is a perfect fit for anything that we don’t understand." And to all those single girls out there, "You’re terrifying, enigmatic and beautiful. Something not everyone knows how to love."