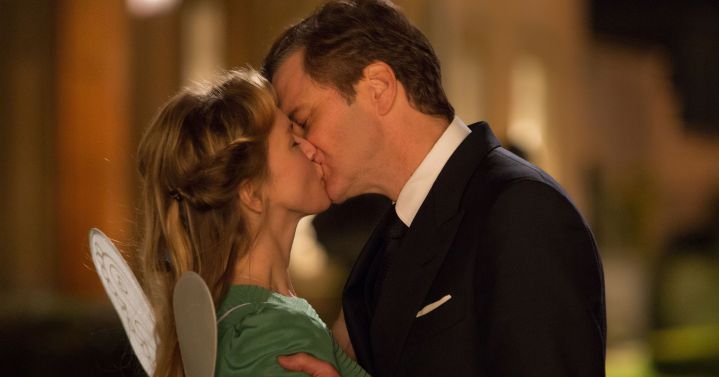 I had the most beautiful relationship but it never had a name. I read a very beautiful quote by Lord Alfred Tennyson recently, "I am a part of all that I have met." We sometimes meet certain people in our lives, who leave an everlasting imprint on our mind yet there's no proper name to give to these relationships. I met him in the scorching heat of Delhi in a mall because my best friend had asked me to become a part of the networking group that she was working with, and he was friends with her. He hardly spoke but the one who came with him didn't stop. I had zero interest in the prospective plans that they were trying to woo me with, if I invest with them.

I wanted the meeting to end so that I could go home and do something more meaningful. It finally ended and we said our goodbyes.

He asked for my number to take a follow-up and I knew that he knew I would never call back for an investment. Days went by. One day my best friend came to my place and said that she was going on an outing with her college group and wanted me to come. I was in a terrible relationship at that time. So a chance to go out and distract myself from my same mundane routine interested me. I went and there he was. We chatted a little and I made fun of the networking work they were doing. He took everything in a humorous manner without feeling offended. The whole thing got washed out of my mind. I again became busy in my college routine and my regular arguments with my boyfriend, who, even though lived 250 kilometers away from me, never missed a chance to make my life miserable even from such a distance. I got a call from that guy from the group one day, he asked if I would like to have coffee at a CCD nearby. I was a bit surprised but I agreed. I combed my hair, put on a regular tee and denim and went off. We almost spoke for an hour or so. After days I was laughing and thankfully I remembered that I was not the dull a girl that I was turning myself into. He dropped me off and we promised to meet again.

I won't lie but when I came back I felt as if he was a breeze of fresh air in my life and after so long I was breathing fully. It was wrong of me to feel that way but can one ever control what the heart feels so strongly?

We exchanged frequent text messages after that and randomly one day he asked me if I would like to go to a club. I am not a clubbing person but I was 18 and was a newbie to alcohol and hookah so I decided to experience it. We chose a place close to my house. He looked dashing that day and I kept staring at him from the corner of my eye. He was sitting next to me and I was having hookah.

We were talking casually about the happenings in our lives and out of nowhere, I pulled him closer and kissed him for almost 5 seconds. He was dumbstruck but I was too high.

He didn’t revert for he was too taken aback. We kept silent after that. The bill was paid and he dropped me home, and that was the turning point of our lives. After that not a day went by when we didn’t meet! We were in love but I could never speak up and neither did he. He did everything that a guy does for his girl but even then ‘I love you’ was never exchanged between us in those two years. We were crazy for each other. We went for drives everyday which almost all the time ended in steamy kisses in the car. We made love for the first time in the car. It was raining heavily and we were drunk. We had waited for this moment but we didn’t know it would come like this. It is till date the craziest thing that I have ever done in my life.

A lot of issues crept up between my boyfriend and I because I hardly talked to him nor looked forward to meeting him now. I was happy and I wanted to be happy but I never could come up with the strength to confront him that I was in love with someone else.

There were a number of reasons that held me back. The guy I met and kissed daily never brought up the topic of a relationship. I was hurt for he never asked me to talk about the crucial point of where we were heading towards and I could never gather the courage to ask him the same. I felt he might be willing to carry it this way only, without any responsibilities of being in a regular relationship.

Whoever is reading this knows the fact very well that such a feeling is devastating - to be madly in love with someone and yet you can’t scream or call them your own in front of the world.

I kept it all inside and went with the flow. Nothing changed. I still lived in the world of delusion where I laughed with him all day but as soon as I entered my house after meeting him, gloomy thoughts hovered over my mind for I very well knew that one day this will stop and I was in no way prepared for it. One day, I met someone very close to him, who very clearly made me realize the dire consequences of this relationship. I came back and cried, but I never told him about it ever. Not even till this date. The damage was done. The crack had begun showing its horror and I panicked. I couldn’t bear the excruciating pain of not having him one day around me. I felt I was not bold enough to bear it and I shun all contacts with him. I changed my house, my number and I vanished in thin air. He looked out for me but how could I be found when I had promised myself to never see him again?

The love was very pure, young and something that was peaceful despite all the odds we were sailing against.

I never found that spark again in my life. What I once had with him I could never feel that again with anyone else. I guess they rightly say that not everyone you meet can stir the magic inside you. My magic wand was gone and I had to continue living my life without any whims and fancies. I got married two years later, and even though he was present in my memories, I never contacted him. I pinged him after 6 years on Instagram and got a reply within minutes. I had no idea how to begin a conversation with him but he knew how to make me feel comfortable even after years. I walked out of my marriage for it was a horrible one and with no intention of any evil kind, I started talking to him again. It helped me, even though it was hard to resist the inflow of so many emotions and memories I had with him back in those years.

We met last year and picked off right from where we had left! I am laughing again, getting dressed up to love this man with all my heart once again.

I have come to terms with the fact that some people are like a circle in your life who you are bound to meet again no matter how far you drift apart from each other. He is that circle of mine. The uncertainty is still prevalent and shows its horror because of the abundant insecurities, emotional turmoils, trust issues I have.

I won’t lie, I do break down, I do cry at nights and I do get the thoughts of running away again, but he never lets me give up.

He knows the brightest of my thoughts and the darkest of my shades. We are sticking with each other as friends, companions, well-wishers or whatever you may think of. Some relationships might not have a name or might not culminate into something that is right according to the ways of the world, but even then how can one steal the right from such lovers to experience the kind of love that doesn’t die with the number of years it has lived through?

It is still as fresh and special for us. I can never take him out of my heart where he has filled so much of love that it will help me to keep going strong for the rest of my life.

So yes, such a crazy, stupid love happened in my life and even though it met a fateful end before and surely will be destructive in the future yet I am happy because they say, “It’s better to have loved and lost than to have never loved at all.” There is a song from my favorite movie P.S I love you that I would sing to him on calls at night:

All I want is for you to say

Oh! Why don’t you just take me where I have never been before

I know you want to hear me

I love you till the End

Share this beautiful love story. If it's meant to be, it will indeed find a way.

The girl who tells the untold stories

I am very young yet I have been through experiences that shaped me in ways that made me mature! I still believe in magic and miracles for you never know at which turn you stumble upon them!