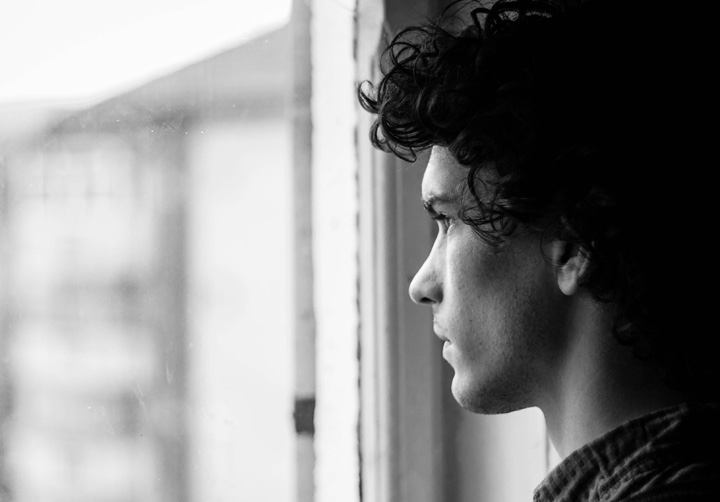 It had been a month since I had joined college. Everyone was busy finding lovers while I was occupied with my part-time job. However, 2 months into college, I saw a girl and I had no idea then that she would change my life forever just by being a part of it for a short period of time.

She was not a beauty queen but I found her sad eyes attractive in a very strange way. Her dark circles seemed like black holes drawing me towards her. No matter what she wore, she looked beautiful. She had a big friends circle. She was mostly cheerful but could easily get mad at people. But the worst part for me was that she already had a boyfriend so I didn't do much and went on with my college life.

I developed a few more crushes in the next two years but didn't really approach anyone.

In our 3rd year, she decided to leave her hostel and move to a PG, which happened to be very close to where I lived. I didn’t care much because I was busy looking for a full-time job.

One day she had a fight with her roommate who happened to be a mutual friend. Luckily or unluckily, I was present there and tried to control the situation. That night I sat with her for 3 hours while she poured her heart out in front of me.

I kept my arms around her and she told me her story; most of which I couldn’t hear because my heart was beating too fast. We exchanged numbers and started speaking over the phone in the following days. All of a sudden she told me she was going out of town to see her father as she was quite upset with her boyfriend and roommate. She wasn’t planning to come back to college.

All of a sudden I realised I wanted her to come back, I wanted to say the things I couldn’t tell her in the last 3 years. I decided to call her. I told her about my feelings and added that it would we better if we didn’t talk to each other because she had a boyfriend. She told me she wanted to meet me and that she has broken up with her boyfriend.

That night I just couldn’t sleep and so didn’t end up going to college the next day. She called me up and and told me she’s back. I just wanted to hold her in my arms.

We met in her room. I was sitting so close to her, just staring at her eyes while she spoke. After sometime she asked me to hug her, I was feeling a bit awkward so I just hugged her casually. She asked me to hug her tighter and in no time, we were kissing and caressing each others' bodies. The exact same thing happened the next day.

The third day I gave her a rose and kissed her. The very next day she told me that things going on between us was very wrong and she didn’t want to continue. In no time I was in tears. I begged her not to leave me. She just said whatever we had was a mistake.

We met a few more times after that day but she she wanted to go back to her boyfriend. Then she just stopped talking to me. I was depressed; I was surprised at how strongly I felt for her. I had truly loved her.

She got back with her old boyfriend and since I couldn’t see them together, I started skipping classes. The depression continued as I drank too much and yearned to be in her arms.

In the last few days of my college while everyone was busy reliving memories, I went through hell. My college detained me because of low attendance. I had to repeat the last semester; I lost my job, I sold my guitar and I started punishing myself for doing this.

I never blamed her for anything; I only blamed myself. I don’t know what I will do in life but what I do know is that I really loved her.