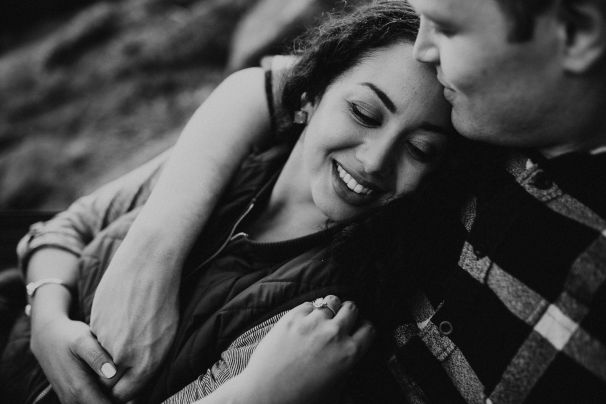 Being an atheist I don’t know much about religion, except what I learnt during school and a few shows of Devdutt Patnaik, that too, the ones my mom watches. Apart from that, I don’t know what religion is all about until my love left because of this bizarre reason.

I'm Hindu (in records) and she is Muslim.

I saw her for the first time in class 12 in an accounts tuition. Bold, beautiful and bubbly, that one was. She could easily attract towards her. She was very different from the girls of her so-called religion. So I start loving her in spite her coming from a different religion.

In the Sahih Muslim Hadith, the Prophet Muhammad is reported to have said: “You will not enter paradise until you believe, and you will not believe until you love one another.”

So, holding up my nerve, and not thinking about the consequences, I proposed to her on Facebook as she went to Mumbai to meet her relatives. It was during Valentine's week and she never agreed to or rejected my proposal.

She returned to the hometown on 18th February 2011. We used to have long chats after our classes and I always used tell her that I love her very much and that I wanted her for life and couldn't live without her.

Love in Hinduism is a sacrament. It preaches that one gives up selfishness in love, not expecting anything in return.

Not a single day went by without us seeing each other. So I never thought that religion would be an issue between us and I blindly trusted on the fact that my immense love would make her come to me.

She was very caring towards me and had always supported during the difficult times. Even when I suffered from high blood pressure at the early age of 21, she used to remind me to take medicine on time and to take care of myself.

After graduation, when it wasn't possible for us to see each other daily, she often called me to see her and at restaurants, even when she was with her family. Seeing this, I thought I could change her and that she would come to me leaving all behind.

We used to talk for hours on Facebook, sometimes even at the peak of dawn, where I tried to make her understand that I couldn't live without her, but there was never an answer from her side.

Like all lovers, we both had arguments on petty things. She even unfriended me once saying that I was stubborn and never listened to her. But after some days, we became friends again.

Once, a person in a group which we operate together used foul language against her, so I removed him from the group, and we have both argued about this. She unfriended me again. So, I left the group, after which, she also did the same. A few days later, I messaged her thinking that her anger came down. But this time, she blocked me.

I never called as she always called me from the landline and I never wanted to cause her trouble. So I've been waiting for her phone call or message for more than 5 years, but it never came.

A few days earlier, I mailed her to get a reason why she left me hanging; she told me says it was her wish. But she never gave me the real reason behind her sudden disappearance from my life -  maybe it's because she puts religion over my love or anything else.

Nevertheless, I have a small hope, as she never answered my proposal.

Share this story because no person should have so many impediments in expressing their love, especially due to the world we created as a society that makes it difficult for them.