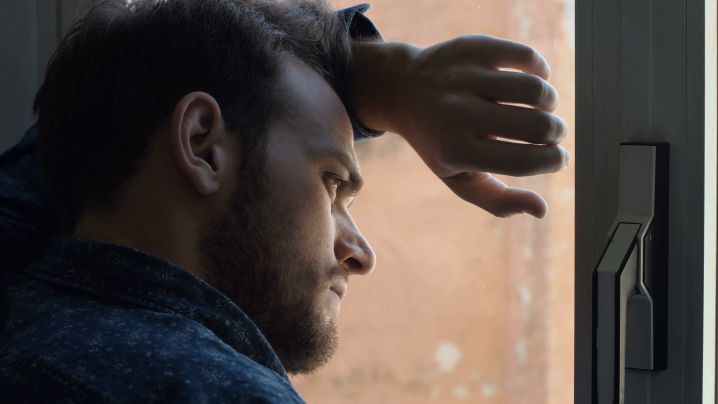 I am a 25 years old guy, living in Delhi. I am not fluent In English but I will still try to write my feelings here. You should know that I had gathered all my strength to write this as I desperately want to share this with someone and I have no friends to share with anymore.

I don't want to disclose my identity as I don't have any strength to answer or talk to anyone.

I was in the first year when I saw a girl and had a crush on her. She was my classmate so I started helping her in studies and tried to stay in contact with her as much as possible. I was successful in being her friend and she had a female best friend in our class only. But gradually, we both started enjoying each other's company and my affection kept increasing for her day by day. We became good friends and I was happy, then she told me one day that she had started seeing someone. I felt bad for this but overall, I was ok as she was my crush and nothing else. So we became friends but I never liked her best friend as she was very proud.

We used to dislike each other, but over the time, we started to talk as we both shared the same best friend (basically we were forced to be together because of a common best friend).

Initially, we used to make fun and insult each other but in the next three months, we both started talking to each other a lot as our best friend was busy in her new relationship. And eventually, we became very good friends and started loving each other's company. The calls were getting longer and we started texting all the time. Morning to evening, noon to night, we continuously used to talk to each other.

Despite being in the same class, we used to chat all the time, even during the lectures.

We even started to go out for movies, at an amusement park, cafes, and all. We used to call each other 'super-duper mega best friends'. Our only rule was to never fall for each other. We never felt that we needed a bf or gf. We were happy. All this took around eight months and life was at its best. We were on seven clouds. But then, we had a fight and we didn't talk for three days. On the fourth day, we somehow managed to talk and solved the issue and things were back to normal. But in the few days, I realized that things were different.

She wasn’t texting as she used to and it didn't take long to realize that she had fallen for me.

She started complimenting me on my looks, my personality, and all despite being an average looking (let's say 5/10) and she was the hottest girl in our branch (9/10). She was considered as 'Kohinoor' of our college. So that was a bit of awkward for me to get compliments from her. I asked her about it and talked to her but she didn't say anything. But I wasn't sure that she had fallen for me. But over the time, it was clear that she started loving me and I tried to explain that we should not move in that direction but we somehow did and got committed. The best phase of my life started then. Everything was just perfect. Nothing could have been better. Now I had only one focus and that was 'she'.  As the time went by, I was deeply in love with her though I didn't want to fall for her. But I did.

Our bonding was so strong that we didn’t even need to talk, we could express our feelings through our expressions.

I was becoming serious for her. I started thinking about our marriage and I knew it would be difficult as she was a Muslim girl and I was Brahmin. She was rich and I belonged to a mediocre family. But I never shared my thoughts on marriage with her. We were happy. But as they say 'things change'. And so did she. We started fighting, chats got shorter and calls were reduced. And we realized that we should call off this relationship and we did. So 15 months long relationship came to an end.

But I still felt for her and didn’t want to lose her.

So we became friends again and thought that things will be back to normal. Ups and downs, fights, tears, emotions everything was there even after our breakup. We used to talk, chat, and meet even after break up. I was trying to recover from this and then one day, I heard that she was back bitching about my financial situation to her best friend. When I confronted her, she said, “Please don’t take it personally. You are a good person but I don't want to be in contact with you anymore.” I fought with her and asked for the reason. She started things like I was always busy and hardly gave any time to her. That was not a convincing answer for me. So I forced her to tell the real reason for this. That reason shocked me to hell.

She said, "I dated you so that I can know how it feels to be with an ugly guy. I knew you, so I decided to give you  a try as I knew you wouldn’t get serious for me.” I was stunned for a few seconds and asked her what she was saying. She said, “Don't act as if I asked your kidney or something.” She was so cool at that time likes it was nothing.

Every word of her was ripping me apart but she didn't even blink once.

I was so heartbroken at that point that I lost interest in everything. Initially, I thought that she would be saying all this just to make a distance between us but two months later, I came to know that she was dating her best friend's ex. And that time, I realized that it was all fun and experience for her. It didn't matter to her that she had killed my personality completely, her actions resulted in a complete loss of my confidence. She was happy and here I was, all broken.

Now I don't trust any girl. I have lost the will to even look at any girl or think about getting married. I try to avoid conversations and don’t feel like doing anything. I have lost hope in any relation/friendship or even on humans.

Now, I am just a guy with a dead personality and completely zero self-confidence.

I don't feel like doing anything apart from my work. My daily routine for the last one year is to wake up, bath, and follow the 9am-6pm duty. I stay at my workstation all the time and when I come back home, I have my dinner and sleep. And the routine goes on. That's my story and I guess that's how I am going to spend the rest of my life.

Using people as pawns in order to magnify your own self-worth is not okay. No one gets the right to play with someone else's emotions in the name of love. When will people really grow up? Share this story, if you agree.