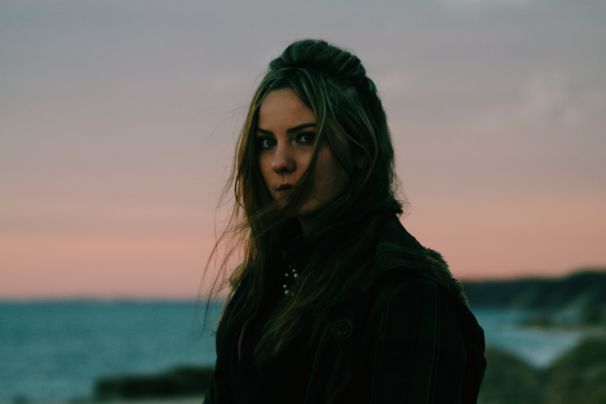 I was in my first year of graduation when I met a guy through Facebook. After chatting for about ten days, I found out that we were distantly related. Within a few days, we exchanged numbers and we spoke on the phone endlessly. One day, he didn’t answer my phone for over two hours. I panicked. When he finally did answer, he told me that he had gotten an electric shock, and so was resting.

When he told me this, I screamed at him, for hours. And that’s when we both realized that there was something much more, to us than friends, but neither of us said anything to the other that time. The next day, he asked me out. I didn’t say yes. I’m an average looking girl, and him, he’s extremely handsome. Also, we had never met, so I didn’t want him to meet me and then realize that it was a mistake. He told me that he didn’t care about all these things and that he loved me.

It took me around three to four days to finally say yes to him. But when I did, it was a dream come true. He made me feel like a princess. We finally met on the 3rd of June. We had only two hours. I went all the way to Varanasi to see him. There were so many things that we wanted to say to each other, but I was shy and couldn’t even answer his questions properly. He dropped me to my bus stop. As the bus began riding away, I felt like I had left a part of me behind, with him. We were madly in love with each other.

A few days later, I had to leave to visit my grandparents with my younger sister. So he came to meet me at the Varanasi station for fifteen minutes. When he came inside to meet me, he got enough food and drinks for my sister and me. Unfortunately, fifteen minutes passed us by in seconds. That day, I saw tears in his eyes, when he hugged me. We didn’t know when we’d get time to meet again. It was going to be at least a month.

After reaching my grandparents’ house, the first thing I did, got a new SIM. I didn’t step out for 15 days to meet my old school friends. All I could do was talk to him. On my 16th birthday, instead of spending it with him, I ended up spending it with my best friend and her boyfriend. And that’s when I missed him even more. When I came back home, I met him within four days. We were mad about each by then. He’s been the most caring and perfect boyfriend I could have asked for.

Everything was going perfectly well between us and I had also spoken to my nani about him. She’s the most important person in my world and I wanted her to know about this beautiful secret of mine. She was shocked and told me to tell my parents about this, otherwise, I shouldn’t be with him. I was scared and told him everything that she had said.

I didn’t want to lose my family or him because of this and I wasn’t even sure where I should head with this.

By December, I found slight changes in his behaviour. He began avoiding me, my calls and even plans to meet. By the end of the month, I told him that something was off about us. His reply was curt and it left me speechless. I disconnected the call and didn’t even call him on New Year’s Eve. I got a call from him, a couple of days later, but I didn’t reply. A few days later, he called me again and both of us broke down. We just couldn’t live without each other.

I shifted to Varanasi after my graduation, I convinced my parents because it was it was close to work and him, of course. He came and helped me shift, find a place to stay and even comforted my parents as they went back home. It was perfect, I got to spend all my free time with him and even met his family for lunch.

Just as I thought that things were going well, we ended up having a huge fight with our families. It took us almost two months to sort things out between us.

Everything about our time spent together was perfect. We went out for dinner, movie dates, long rides on his new bike… we even went to the temple for darshan together. Soon enough, it was time for me to go back home because my classes were coming to an end. I was heartbroken. I couldn’t leave him, not after spending so much time with him. But I had to.

That year, in July, I shifted to Kanpur for my MBA. New people, a new place, and a whole different life lay ahead of me. He began working too and suddenly, we didn’t have enough free time to talk to each other.

I finally shifted to Delhi for work, we still talk and meet whenever we can. The distance has only come in the way of our date nights, but I know that he still loves me and we’re still as mad about each other as when we first met.

Share this story, to send some love and strength to all those who are struggling with loving from a distance. More power to you :)