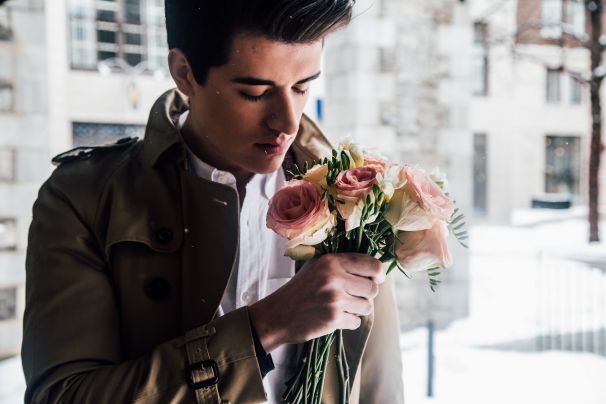 Ours is a very long story of love which will remain incomplete forever. It all started 14 years back. I was 13 years old at that time. The girl who caught my eyes and I lived in the same building.

It all started with friendship but it was a very different kind of relationship. I would keep cycling around the building late at night, till around 10.30 p.m., until she waved me good bye.

One fine day, I proposed to her but the response that I got from her was a little unexpected. I could judge from her expressions and her attitude that she too liked me. But she was the only child of her parents. So her reply was, “ME APNE MOM, DAD KA BHAROSA NAHI TODNA CHAHTI.”

After reaching my destination, I missed her a lot and would often have tears in my eyes. Back in those days, mobile phones were not very common. At least not all teenagers had one. Well, I was a little lucky as I had friends in both places and they both owned mobile phones.

So I was able to message my friend in India. I told him to tell her that I was missing her and was enquiring about her well being. This friend of mine passed on the message and got back to me with a positive response. He said that the girl had fallen for me and that she would call me on my number here.

She called me and that’s how it all started. I still remember the date clearly. 14 years later, we both were still in a relationship.

We had many ups and downs but we never had a problem or fought over trust issues. We always had small misunderstandings but we knew they were a part and parcel of any relationship. We fought and got angry with each other. 95% of the time she would get angry. I would just chill her out and apologize for things, even though I hadn’t done anything wrong.

During the entire span of 14 years, there was never an instance in which I had ever spoken or uttered the word ‘BREAK OFF.’ But I was completely shaken by something that happened recently.

It proved to me that nothing in this world was permanent. There are couples who fall in love with each other but due to social norms they cannot get married and stay together.

We both belong to different religions. She is a Hindu and I am a Muslim. We knew it was always going to be difficult to get this going. She had started getting marriage proposals in the past four years but she always rejected them by giving her parents some reason or the other. Her parents started getting depressed and she was caught between her love for me and her parents. She still stood by me.

She had always told me that we don’t have a future together. She knew her parents would never agree to get us married. But I always asked her to be positive. Around a year back, her parents selected a bridegroom for her without asking for her approval. She had told her parents to do what they thought was best for her. She got engaged sometime last year itself. But I was unaware of the situation.

We had decided to part ways many times. In fact she had insisted on it. But I was totally in love with her and I always asked her to postpone things. I came to know that she was engaged six months back.

She herself revealed the entire truth to me. She had hidden it from me for so long because she knew I would be heartbroken and would feel bad about it. We tried our level best to convince her parents about our relationship. Her parents were strictly against getting their daughter married to me. She then tried her level best to marry me.

She confessed about our relationship to her fiancé with the hope that her fiancé would break off the engagement and things would fall apart. But in vain. Her fiancé was also stubborn on marrying her only no matter what happened.

She told him that she wanted to end their engagement because she wanted to live with me. But she did not want to run away or go against her parents. She was stuck in a situation which was totally out of control.

Finally she got married one fine day. From that day onwards I have been trying to find happiness in things that I love to do, but have not been successful. I really miss her a lot.

She has been married for two and a half months now but I have not slept peacefully even on a single night. I really feel very depressed every day. I derived my identity from the love that I had for her. I still love her so much - that I don’t even know myself now.

I want to say just one thing to the readers. All love stories don’t have a happy ending. Some love stories are meant to be incomplete. Love is not just about staying with the person you love but is also about sacrifice.

She sacrificed me for her parent’s love and I kept quiet because I loved her too much to stop her from doing what she felt was right at that time. I hope she finds happiness all through her life. I LOVE YOU my dear.

Love can do many different things to many different people. This young man seems to be mature beyond his years. Let’s share this story because he has the beautiful ability of looking at love with the right perspective without allowing it to turn him into a bitter person.