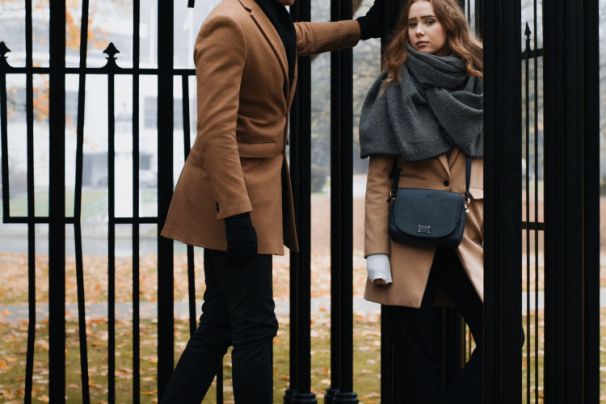 My girlfriend and I have been in a long distance relationship for the past 9 years. But both of us are happy about it. We have sorted out everything between us. I started working only a month back. I was sure I would be able to progress in my career quickly. So I told my girlfriend to wait for a few more months.

I assured her that I would talk to my parents about our relationship after that.

I knew that ours would be an inter-caste marriage. I knew my parents would not have any problem with this. But I was sure that her parents would not agree to get us married so easily. We would have to convince them about our love. But both of us were sure that they would accept our relationship after some time.

She then said, “You come here. We will figure out something. I will be waiting for you.” I said, “OK.” For the next 5 days, I did not hear from her at all. I didn't know where she was or what had happened to her. I couldn't even call her because I knew she did not have her cell phone with her. I contacted one of my friends and asked him to go to her house. I came to know that she was in her future in-laws' house.

That was the worst phase of my life. I prayed to God. I asked him not to put anyone else through this kind of torture. I cried for hours continuously.

Finally, my girlfriend called me after 5 days. She said, “I don’t even like the look of that boy. I want to be with you.” I thought she would call me after I returned home again. But her call came when I was on my way home itself.

She said, “I love you. I want to marry you. I want to spend the rest of my life with you only.” I felt very happy when she said all this to me. I knew I would do anything for her.

But before ending her call she said, “I have a condition. My fiancé is in a relationship with a girl for the past two years. That girl has left him now. If you want me to be a part of your life, you should ensure that my fiancé gets back with his ex. Only then I can come to you else I will not be able to.” When I heard her say all this I just wanted to commit suicide.

I wondered why she was placing this kind of a condition now.

She had given me 20 days time to search for that girl and convince her to get back with her ex – the man who was now my girlfriend’s fiancé. I knew that if that girl said, “No” then my girlfriend would have no option. She would have to marry her fiancé and adjust with him. I just went home and thought about it for a while.

The next day, she called me from her cell phone. She said, “I am coming over with my fiancé to meet you. All of us will sit together and take a decision about what we should really do.” I said, “OK.”

When I saw him, I was 100% sure that he would never ever make my girlfriend happy.

He then said, “I don’t want to marry my ex.” I was really very perplexed. I wondered if we could find a solution to our problem. He said, “Your girlfriend can leave me if she wants to. But I can’t leave her.” I turned to my girlfriend and said, “Please leave him and come with me. We will be happy together.”

But she said, “I love you. I can’t live without you. But unless you fulfill my condition, I will not marry you.” I had to face the reality now.

I had 20 days to do what she wanted. I took 6 days to agree to her condition. I got the contact number and the address of that girl and told my girlfriend I planned to call her in the near future. But she suddenly said, “No. You don’t call her. I will call her at the right time.” I felt like committing suicide at that time.

There are only 9 more days left for the engagement. And I don’t know what to do. I have lost all faith in God. I don’t believe in love anymore. Why is she not supporting my decisions now? She says she wants to marry me. She says she can’t live without me. Then why is she doing all this to me now?

Sometimes we become so desperate in love that we simply cannot think of a life without that person. We do our best to control the situation around us and will do anything to turn it in our favour. We don’t want to live with regrets. We have to work with alacrity ‘now’ or lose out on someone precious ‘forever’. Yes, love can often be tough too. Let’s share this story and hope this young man gets the love he is yearning for.