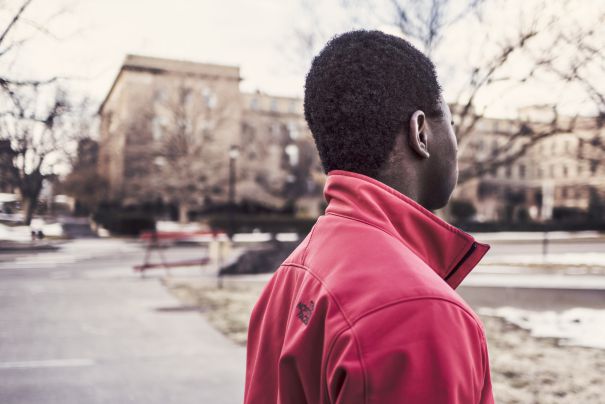 This is my story of how all the belief and trust that I had in true love, shattered. It all began when we were in our engineering course together. I was in my final year and she was in her third year. We were both a part of the college fest and somehow, I began getting attracted to her.

Days past and we began texting each other a lot. We used to meet after college, head out for pani puri and cold coffee. I used to love watching her eat pani puri, enjoying the spice. My feelings for her grew day by day but I was always just so afraid to tell her this. She kept asking me if I liked someone, but all I could say was I’ll tell you, soon. Days began passing by really quickly, especially when I was around her.

I realized that my college life was going to get over in a few days and I was very nervous because there was a chance that I wouldn’t be able to see her again. All those wonderful days and memories that we had together, they began flashing in front of me.

When I was about to leave for my hometown, I decided that I would tell her because there was obviously this chance of us never meeting again. When we met, I gave her a letter, explaining everything and left to go home. That night, my heart was pumping, out of control. After almost a month, she called me and said “Yes!” and for me, that was the most memorable moment of my life.

When we kissed, I felt like I was flying. I couldn’t believe that I had shared my first kiss with someone who meant so much to me.

A few months later, I had to move to another city for my job; it was tough to get a job close to her but I knew that I wanted to focus on my career, for the both of us. It’s horrible because, in India, people understand each other only through their job packages.

Being from a lower caste family, I knew that I would have to make extra efforts just to make myself eligible for her parents. After some time, she got a job in the same city as me and I was so excited that we could be together. We spent some of the most beautiful nights together, which I’ll always have with me.

But of course, all happy moments to have an expiry date. We found out that she had to move to Chennai for her job and just as Valentine’s Day was approaching, she had to leave. But I was adamant, I wanted to spend it with her.

And it was such a beautiful day; it ended with a long and passionate kiss on the beach while the sun was just setting.

Once she shifted, somehow our conversation began getting less. In July, I lost my grandfather and I was really upset. I stopped trying to get in touch with her. And in the same month, it was my birthday. She said that she would come over and definitely plan something but I told her that I didn’t feel like celebrating it this year.

She came over and I was so happy that she had planned something so special for just the two us. I told her that I wouldn’t ever leave her and I trust her more than I did myself.

That day, she gave me a letter; and it was beautiful. She wrote about everything that she missed about me and it just made me want to hug her tight. But as I got closer to the end of the letter, she said that she wanted to live an independent life.
This was a shock to me. I didn’t say a word. All I could do was hug her and hold her, almost as if it was our last night together.

Once she left, our conversations almost came to a standstill. And this is when her true side was revealed. I found out that she was cheating on me. This was something that had begun a long time ago, even more, I had met her.

When I asked her about this, she told me that she wants to live an independent life and that she didn’t have anyone special at this stage of her life. I didn’t ask for any explanation, I had all my answers.

All my trust and belief was shattered. I never even asked her for an explanation. I told her that I loved her but this wasn’t something that I could do; I told her I would stop talking to her.

After that, there was absolute silence from her end. I missed her a lot but soon found out that she was committed, to another guy from her office.

Soon, I found out that she was cheating on him too. In fact, she was having multiple affairs. I know I should be thankful that I got saved from committing to this girl, but I’m angry that she couldn’t be honest with me. I hope she reads this and realizes that I wasted my life and love on her selfishness. She’s the only person in my life whom I never want to see again. Ever.

Share this story, to shed light and give support and hope to all those who have seen the worst side of love.