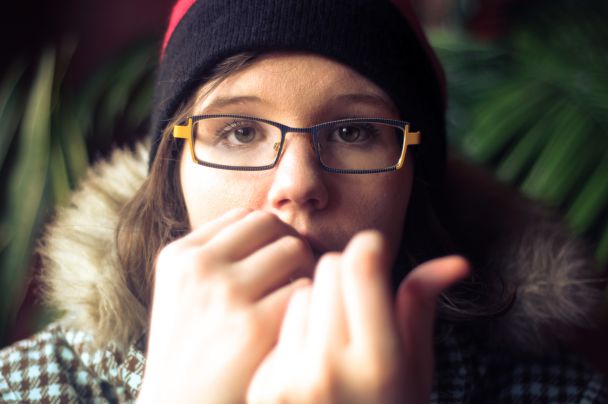 I am 26 years old. I had a serious break up in 2013 and it took me 2 years to get out of that. And then I thought it's not the end. I again started to lead my life normally. Then through a social networking site, I met him. We chatted on that for some days and later he asked me to meet him. He came to my place and picked me up for lunch. He was so affectionate that in our first meeting, I felt butterflies in my stomach but I kept it to myself. On the fourth day after our meeting, he texted me saying that he wants to marry me.

I can still remember how he proposed to me, "I would love to see the smiling face of our daughter after some years."

I was just shocked. I didn't know how to react on this. I asked my cousin and she told me it was up to me. Then, without wasting a moment, I said yes, but I was scared inside as it would lead to our caste issue. Still, I said yes and I was really happy.

I had to move out of my town for my studies and he didn't want me to. He was so addicted to me that he planned to even quit his job. I made him understand and finally, he agreed because he wanted me and my parents to be happy. I left my hometown, and he was really sad. But he always tried to smile in front of me. He kissed me on my forehead and wished me good luck.

He was so tensed that most of the time, he would cry over the phone. He always asked me to come back. We used to do video chats. I kept myself so busy that I started ignoring him. And one day we had a fight over that, and we stopped talking. A month passed like this. I wanted to call him but my ego didn't allow me to do that. I came to my hometown and he thought that I would ask him to come to pick me up, but my parents came to receive me. So I couldn't tell him anything but after that, I called him to meet him but he refused.

Again my ego cropped up. I didn't ask him again to meet me. I left after a week and he blocked me on Facebook. I called to ask him what had happened and he told me that he wanted to end our relationship. I was shocked. I cried a lot but he didn't listen.

Two more months passed. And one day. Facebook told me that he was nearby, in my city! I called him and we talked. I never wanted to hurt him, I never broke up with him, but he thinks I left him.

I told my mother about my situation and she told me to do the right thing. I want him back in my life. He also loves me, but his family is not interested this time. I miss him very much. I have lost a gem.

If you're reading this- you know I love you. Please come back.

Share this story to help him find his way home.