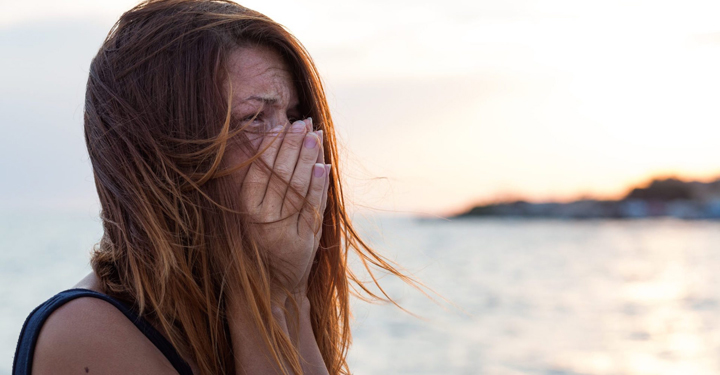 I am a 29-year-old independent single woman who had a dream of making a name for myself. It was this dream that led me to Mumbai in March 2016. After the initial adjustment phase, I took a liking to the city. My life was going well until I met this colleague in the office.

Though we didn't quite like each other in the beginning, we grew closer after working on the same project.

Soon, we became friends and started hanging out together. Within a short span of time, we got attracted to each other and he proposed to me.

I accepted his proposal after making it clear that I was not interested in a short-term casual relationship.

He assured me that he was equally serious about our relationship. However, he said that he could tell his parents only after his elder sister got married. They were already seeking alliances for her.

The initial days of our relationship were rosy and exciting. After 6 months, we decided to move in together.

I was quite sure of our future because he convinced me that sooner or later, he would marry me.

At the same time, my parents started pressurizing me to get married as I was soon going to turn 29. I wanted to tell them about him but I was waiting for the right moment.

However, I managed to convince them that I would marry a boy of my choice.

After we moved in, life indeed turned awesome. Though we were together, I always gave him the space he needed. We were really happy together.

Then we made the biggest mistake of our life. I got pregnant. I was very scared but he suggested that we visit the doctor to get an abortion. He couldn’t get married at that time nor have the baby.

I had to get my baby aborted, as I had no choice. I will have to live with this guilt throughout my life.

After this episode, he started behaving strangely. We merely co-existed in the same house. Our communication reduced and he grew distant. Then he started giving me hints that he was scared of getting married.

For the first time since we were together, he confessed that he suffered from commitment phobia.

He wasn’t sure of our future. Yet I remained patient and stayed with him in the hope that he would change. As the days passed by, he grew distant. Ultimately, I confronted him. My patience was wearing thin and I needed answers about our future.

He said that he couldn’t tell his parents about us. He was sure that he wouldn’t be able to convince them because we belonged to different castes. I was completely taken aback! Did he not know these things when he promised to marry me? How could a person change all of a sudden?

The very thought of breaking up with him gave me panic attacks.

I had planned my entire future around him. I begged and pleaded with him but in vain. He had made up his mind to move on.

He appeared cold and unaffected when he asked me to marry someone else because he was scared of commitment.

I was heartbroken. My world came crashing down. I decided to quit my job and leave Mumbai, as I couldn’t face him every day in the office. Today, it’s been a month and a half that I've been sitting at home, jobless and heartbroken. I am unable to move on.

I keep wondering what went wrong and what I could have done differently.

I blame myself for everything. My life has come to a halt. I don’t feel like talking to anyone or doing anything at all. I am also undergoing treatment for depression.

It’s strange how uncertain and unpredictable life can be.

It hurts when you trust someone with all your heart, when you dream of a life with them and they abandon you without a second thought. But you need to remember that it's not your fault. You gave it your best and that's all that matters. Let's share this story to encourage this writer and several others like her to believe in themselves and rebuild their lives for they deserve a chance at happiness.